On the occasion of its 100th anniversary, the Frans Hals Museum is staging a landmark exhibition on Frans Hals from 23 March to 28 July 2013. Key works by Frans Hals will be shown in the company of paintings by such famous predecessors and contemporaries as Titian, Rembrandt, Van Dyck, Jordaens and Rubens. The exhibition places Hals’s masterful brushwork and the directness of his approach to his subjects in a broader context, shedding new light on Hals’s ambitions and position in the seventeenth century. This was an age when developing an individual style and surpassing other artists were important aspirations for painters. The paintings come from some of the world’s greatest museums, among them the National Gallery in London, the Prado in Madrid and the Louvre in Paris, and from various private collections.

CODART-member and curator of the Frans Hals Museum Anna Tummers introduced the exhibition on the Dutch Television last Monday (in Dutch): 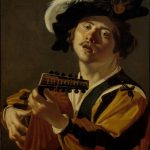 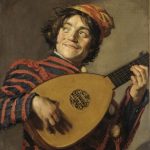