Information from the British Museum, 4 December 2009

The British Museum is looking to recruit an enthusiastic individual to curate the collection of works on paper by Dutch and Flemish artists from the beginnings until the end of the 19th Century. Responsibilities will include creating quality catalogue entries for all the works on the Museum’s database, Merlin, and publishing books and articles about the collection and matters that may arise as a result from its study. You will work to mount exhibitions in the Museum within the area of specialism and suggest acquisitions and help in fundraising to achieve them.

Educated to degree or equivalent you will be fluent in both spoken and written English and possess a sound reading knowledge of foreign languages, including Dutch. Some experience in the field of Netherlandish drawings and prints is an essential requirement of this role. You will be able to demonstrate your ability to encourage and support junior staff as part of a wider team, and be able to achieve the goals of the team as well as individual goals. Some publication in the field of Dutch or Flemish art would be an advantage. 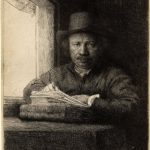