Musea Brugge announced plans for a new museum to be built in the city center. The new exhibition hall named BRUSK, will arise on a site on the Garenmarkt, next to the Groeningemuseum.  Preparatory work for the construction of the building, which will house two museum spaces and opens out onto a new park, is scheduled to commence in 2022. BRUSK is set to open its doors by the end of 2024. 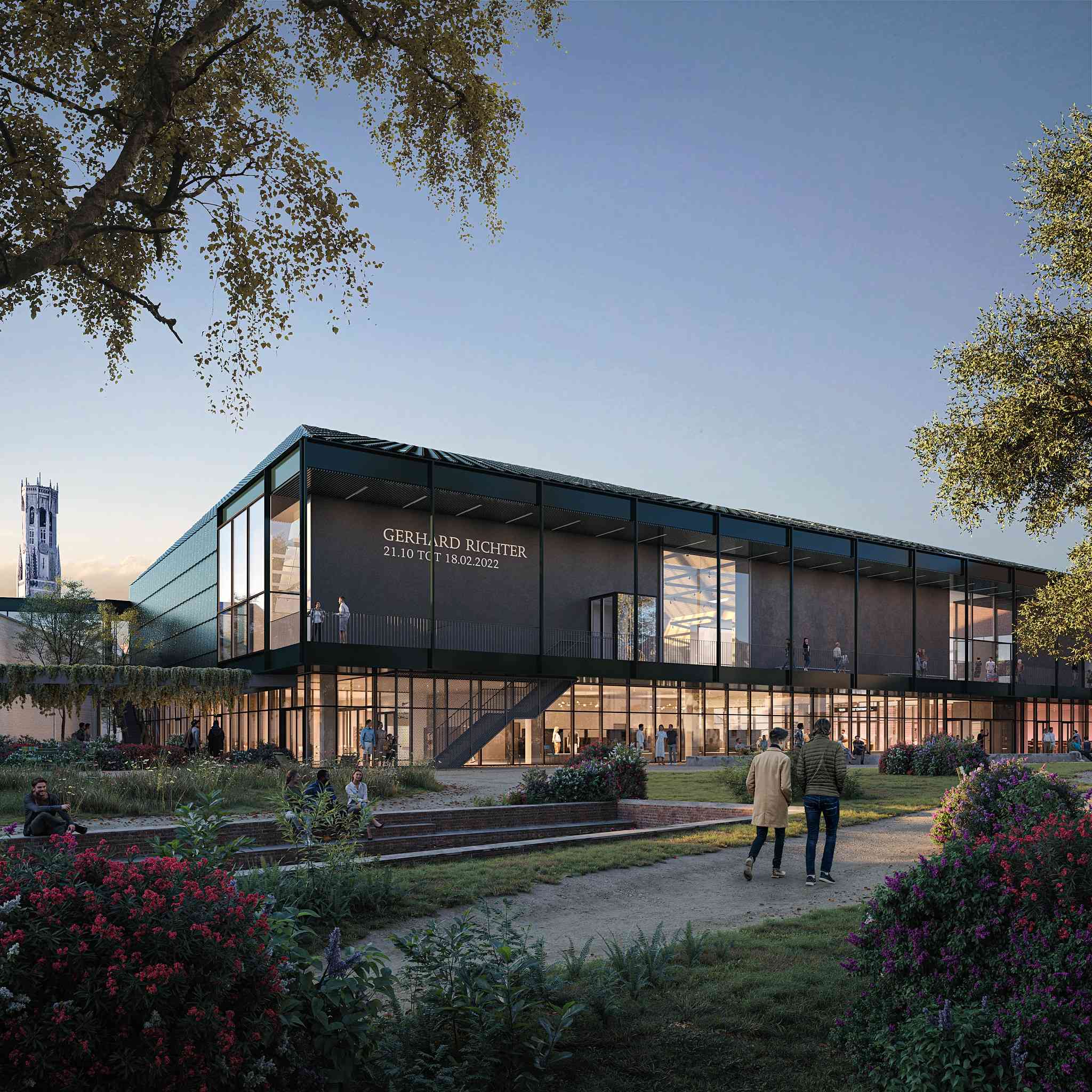 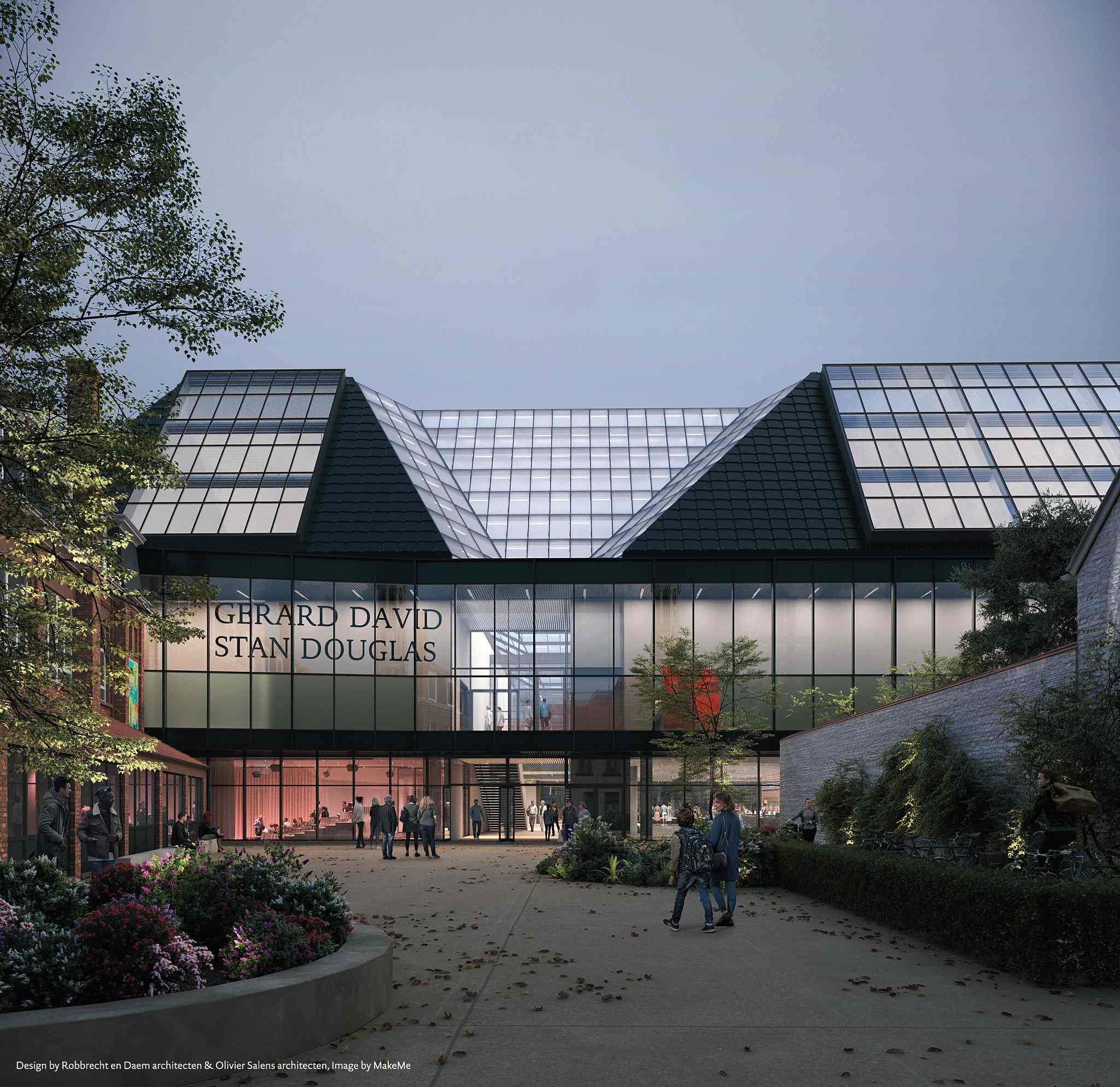 The exhibition areas will be large enough to accommodate international traveling exhibitions of both classical and contemporary works. However, the exhibition rooms will also be designed with sufficient flexibility, so that they can be divided up into smaller spaces to allow a number of exhibitions, performances or other events to take place at the same time. BRUSK’s exhibition rooms will stand out in the museum landscape, not only by their use of natural light, but also because of their unique height (which is reminiscent of a church or cathedral).

Out of respect for the surrounding buildings, BRUSK will preserve the existing visual axes. The historic skyline will remain unaltered. The exhibition areas will be constructed at a raised level and will be separated from each other by a public passageway, so that an open, transparent and freely accessible ground level will be created.

In the years ahead, Bruges plans to invest in an impressive master plan for its historic city center. In addition to the construction of BRUSK, the heart of the museum city will be refurbished. The entire site will be given a make-over that will include a new park and in which the renovation of the Groeningemuseum forms an essential part. 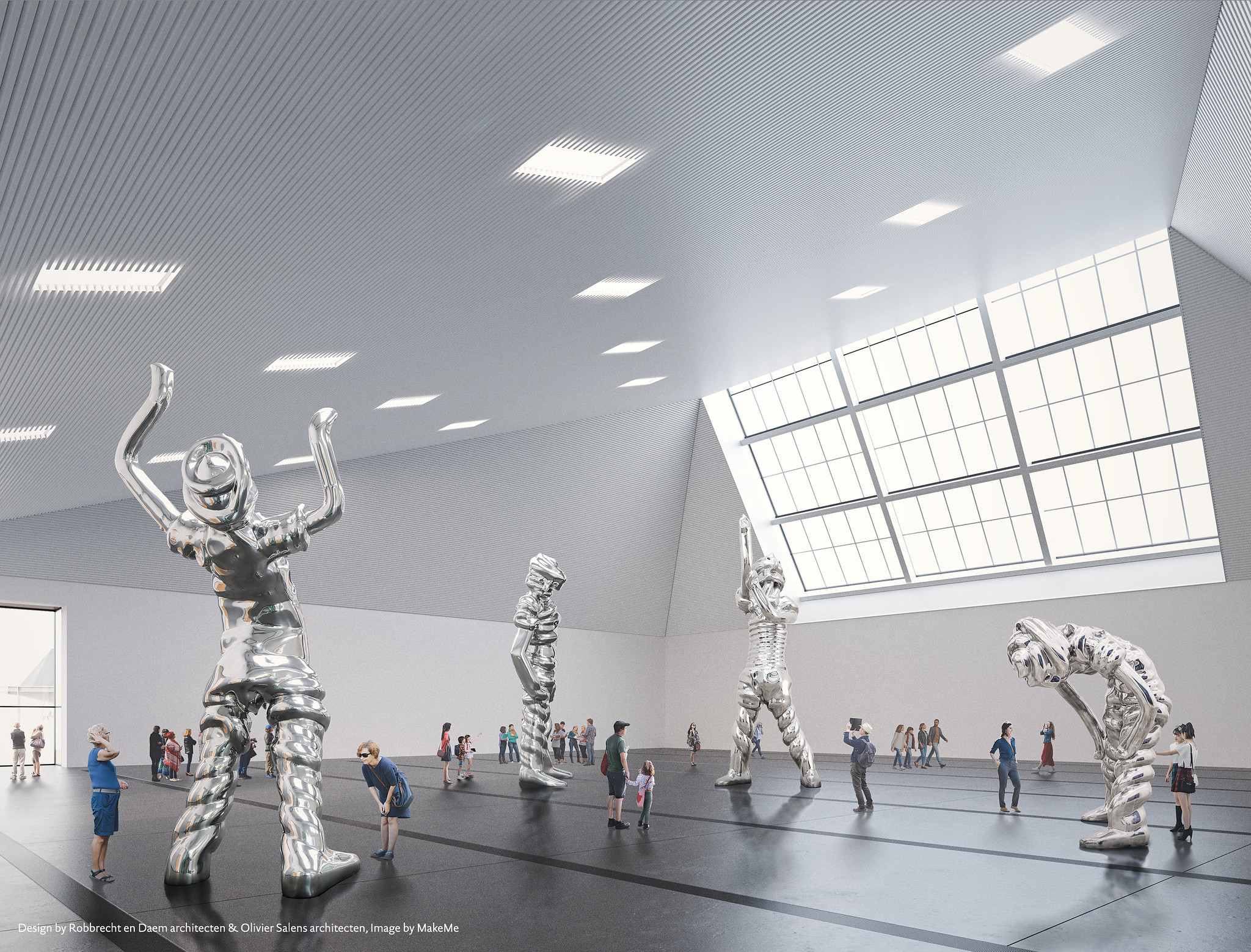 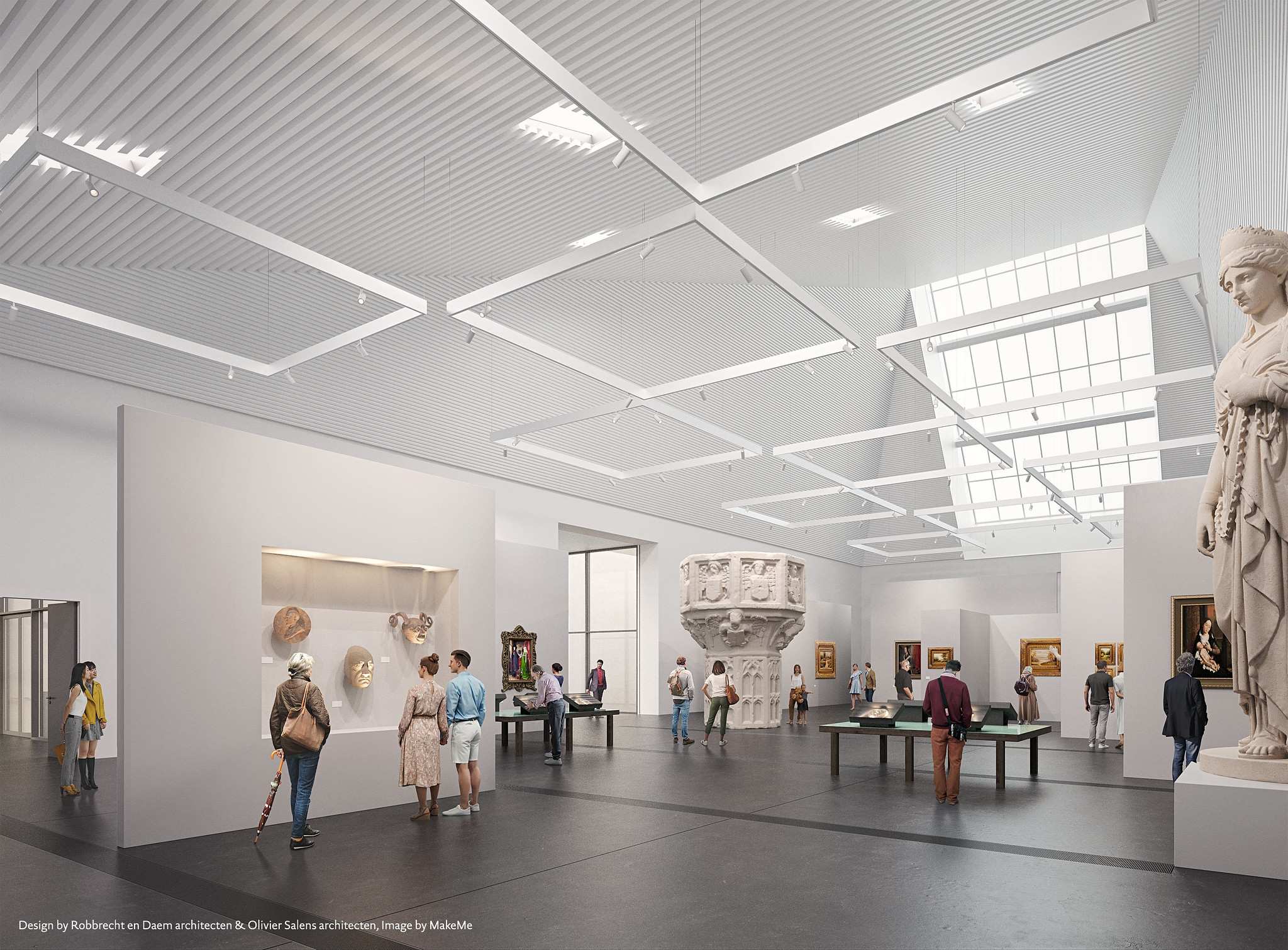 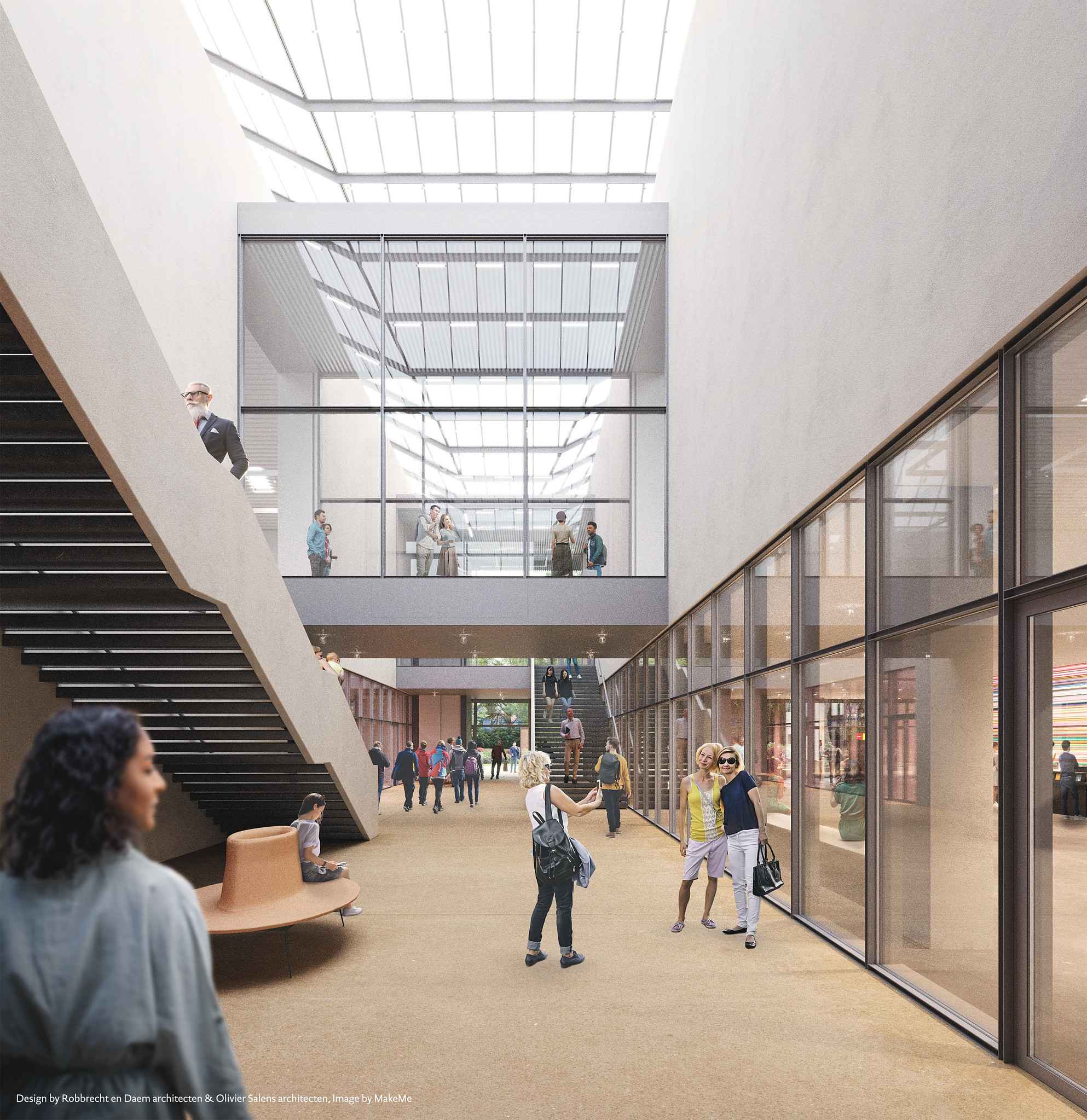 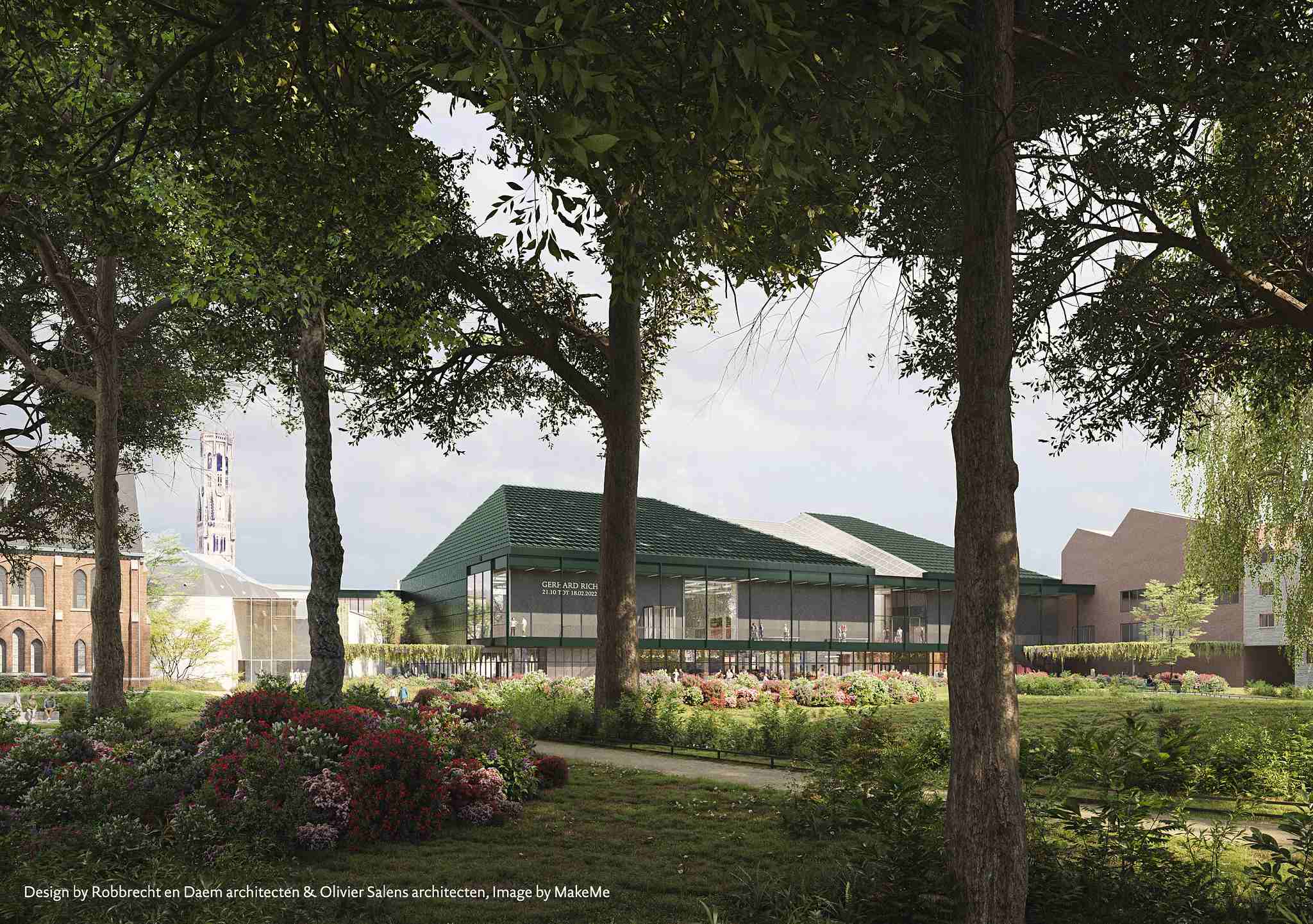 View from the museum park

All photos courtesy of Musea Brugge