On the afternoon of Monday 18 January, a fire broke out on the roof of the Centre for Fine Arts (BOZAR) in Brussels.  The museum was closed on Monday and the BOZAR staff who were present were evacuated safely. Around 100 firefighters worked to contain the blaze, with the fire extinguished later that day.

Most of the initial destruction was contained to the roof. However, the performing arts space below, Henry Le Boeuf Hall, suffered significant water damage from the rescue effort and subsequent rain. The galleries on the side of the Ravensteinstraat where the exhibition Facing Van Eyck is on display were largely spared.  No artworks were damaged during the incident, the museum has confirmed.

The museum is investigating the cause of the fire and will reopen next Tuesday, 26 January. 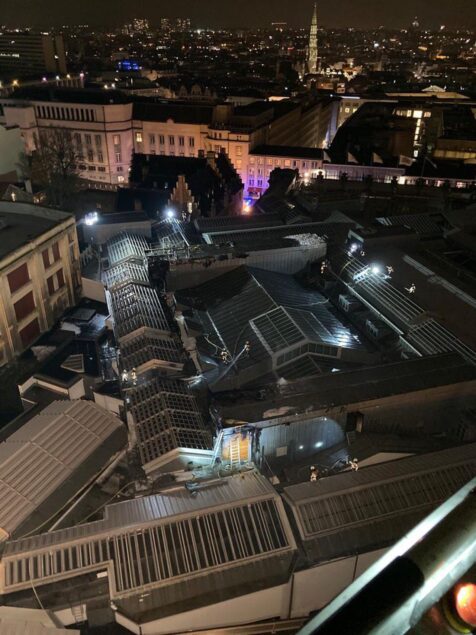