As of 1 January 2014, art historian Ruud Priem has resigned from his post at Museum Catharijneconvent in Utrecht to better accommodate his professional and academic interests in art history. During Ruud’s tenure as artistic director and chief curator, the results of a more focused exhibition program (based on the traditional strengths of the museums holdings) helped the institution to attain record visitors attendance in two consecutive years, for 2011 and 2012. A series of high profile acquisitions during the same period, strengthened the public perception of the quality of the museum’s collections. As a result of this, Museum Catharijneconvent became a beneficiary of Dutch national lottery revenues in February 2013 and was consequently enabled to increase its budget for acquisitions with 1 million euros.

Ruud will pursue his career as an independent museum professional, while working on his PhD-research at Utrecht University on the history of painting collections in the Netherlands from the years 1775-1850. He remains active in several managerial positions, such as board member of the Rembrandt Association, chairman of the Board Committee of Collections at the Netherlands Museum Association, jury chairman for the BankGiro Lottery Museum Prize, and scientific advisor to the Royal Netherlands Institute in Rome.

To contact Ruud: http://www.linkedin.com/in/ruudpriem or see the CODART directory. 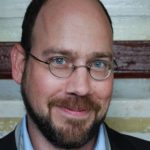