Yesterday the Serbian police has announced that they have rediscovered a painting by Rembrandt that had been stolen in January 2006 from the Novi Sad City Museum. Four people have been arrested. The painting was stolen together with three other works, one attributed to Rubens, one by Francesco Mola and an anonymous 16th-century pieces. The three latter paintings have not been recovered.

The painting is broadly publicized as being an autograph Rembrandt. In fact, it is likely to be a copy after the painting in the Tiroler Landesmuseum Ferdinandeum: http://sammellust.tiroler-landesmuseum.at/objekte/1856b.html 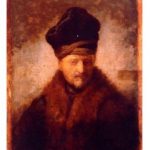 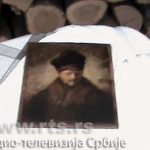