Last July, when the Van Regteren Altena collection was sold by Christie´s in London, the Vereniging Rembrandt asked three of the largest Dutch print rooms which artworks were thought important enough for the Collectie Nederland (the joint art collections of the Netherlands).

On July 10 a part of the Van Regteren Altena collection, former director of the Rijksprentenkabinet (Rijksmuseum print room), was offered for sale at an auction in London. Vereniging Rembrandt contacted The Rijksmuseum, Museum Boijmans Van Beuningen and the Teylers Museum and offered them their financial support. They made an agreement in which the organization would quickly bid on the desired pieces and offer the museums enough time to come up with funds and finance half of the acquisition. Eight drawings of Dutch Masters were put on a shortlist, today it was announced that six of them have actually been bought. Among them is a study for The Lamentation over the dead Christ by Abraham Bloemaert acquired by Museum Boijmans Van Beuningen and two drawings for the Rijksmuseum, one by Matthijs Cock and one by Jan Cornelisz Vermeyen. The Teylers Museum received A group of trees by Johan Lagooor, a drawing by Hans Savery and one by Adriaen Hendricksz Verboom.

Yesterday the three museums declared at the annual Rembrandt Lecture in Haarlem that the artworks have been fully paid for. The six drawings were bought for 1.1 million euro. At a price of a million euro’s, a drawing by Jacques de Gheyn II was too expensive for the Teylers Museum and was bought by the Metropolitan Museum.

The six drawings will be on display in Haarlem until Tuesday 25 November 2014. 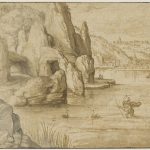 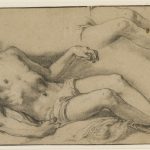 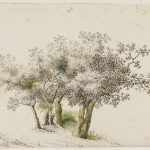