On Monday, 8 October, the anniversary of the Victory of Alkmaar (1572), the Stedelijk Museum Alkmaar will re-open after major refurbishments that include two new permanent exhibitions: Victory! The Siege of Alkmaar in 1573 and The Golden Age of Alkmaar. Not only are the presentation and the rooms new, but there are also some great new acquisitions from the Golden Age. In addition, the museum has had a number of its masterpieces restored and has managed to acquire some interesting long-term loans.

Victory! The Siege of Alkmaar in 1573

On 8 October 1573 Alkmaar became the first Dutch city to withstand the powerful Spanish army after a siege of seven weeks. How did the burghers of Alkmaar manage to defeat the Spanish? What preparations had they made and what actually happened in those anxious weeks of siege? The presentation, relying on the account of events given by Nanning van Foreest in his diary, allows visitors to relive the siege day by day.

The Golden Age of Alkmaar

The victory heralded the beginning of Alkmaar’s Golden Age, a time of splendor reflected in the masterpieces on display by such artists as Jacob Cornelisz van Oostsanen, Maarten van Heemskerck, Willem van de Velde the Elder, Gerard van Honthorst and Pieter Saenredam. Caesar van Everdingen, the most important painter to work in Alkmaar, is represented by no fewer than nine pieces. The paintings are accompanied by an exceptional collection of furniture, silver and seventeenth-century glass.

The museum recently acquired two pendant portraits from 1656 and 1664 by Caesar van Everdingen. After extensive research and comparison with Van Everdingen’s civic-guard painting, the male portrait can tentatively be identified as the burgomaster and civic-guard captain Cornelis Jacobsz Groot. The identity of the female sitter has not yet been established. It could be a posthumous portrait of Hester Josias, Groot’s wife, but it is also possible that the lady in question is the captain’s sister.

Another acquisition is the Portrait of Messenger François by Gerrit de Bucq (1576/77-?), previously known only from documents (the last of which dates from 1717) but recently rediscovered among the stock of an Amsterdam art dealer. It is the only extant painting by De Bucq, who was known from documents but remained oeuvre-less until the discovery of this portrait. Another new acquisition is the Portrait of Pieter Jacobsz Pauw by Willem van der Vliet. Together with important loans from several museums, these acquisitions represent an important addition to the museum’s permanent collection

Six masterpieces from the collection have recently undergone major restoration. Two portraits by Maarten van Heemskerck and a Holy Family by Gerard van Honthorst are among the paintings that have now returned to the museum in all their splendor. 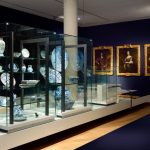 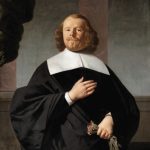 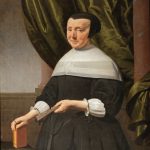 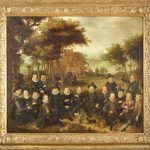