Mària van Berge-Gerbaud, director of the Fondation Custodia retires in June 2010. The Collection Frits Lugt presents a first overview of its print collection in an exhibition organised in her honour.

The print collection of the Frits Lugt Collection is one of the most beautiful of its kind assembled during the twentieth century. Un cabinet particulier presents for the first time an overview of this rich collection. The exhibition shows a selection of more than 85 works, the majority of which has never been shown before, and is organised according to the themes that have guided Frits Lugt (1884-1970) and his successors in assembling the collection.

One of these is that of the engraved portrait, of which a number of rare impressions by Dutch and French masters have been selected. Among the landscapes the Netherlandish School is very well represented with works ranging from Pieter Bruegel the Elder to Jacob van Ruisdael, permitting to follow the evolution of the landscape print. Also shown are selections from the engravings by Lucas van Leyden in the collection, as well as from the etchings by Rembrandt which Lugt managed to assemble nearly completely. The exhibition offers an overview of the art of the print in all its diversity. Among the range of techniques represented special mention must be made of the chiaroscuro woodcut, a complex technique that often makes use of astonishing colours. Finally, a number of 19th and 20th century prints are being shown, notably one of the most beautiful etchings by James McNeill Whistler, Rotherhithe.

The exhibition, the subject of which has been kept secret until its very opening, is organized in honour of Mària van Berge-Gerbaud, director of the Fondation Custodia, who retires in June 2010. It is accompanied by a richly illustrated scientific catalogue in French with an introductory essay by Jan Piet Filedt Kok. Publishing and distribution www.architectura.nl. 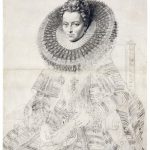