The only collection of Old Masters of its kind in Quebec and Canada will remain in Quebec. The great Montreal philanthropists Michal and Renata Hornstein have decided to donate their internationally renowned collection of Old Masters to the Montreal Museum of Fine Arts (MMFA). This group is remarkable not only for its scope, spanning the Renaissance to modern art, and the wide range of artists and movements represented, but also for the quality of the works and their excellent state of conservation. The collection is known to specialists around the world for its remarkable group of works from the Golden Age of Dutch and Flemish painting.

The Hornsteins have already been generous donors to the Museum for many years, among their most recent painting donations, just in the last several years, are a major, monumental Frans Snyders, and works by Paulus Bor, Jan Davidsz de Heem, Pieter van Mol, N. L. Peschier, Godfried Schalcken, and such Italian, French and Swiss artists as Giovanni di Paolo, the Master of the Castello Nativity, Jacques Linard, Charles Poerson, Francesco Guardi, Edgar Degas, Ferdinand Hodler, and Maurice Denis.

But for this incredible gift, the Museum would never have been able to imagine acquiring artworks of this quality today. This donation of approximately seventy works, built over the course of decades, is the largest private donation in modern history to a Quebec museum and among the largest in the history of Canada.

Nathalie Bondil, the MMFA’s Director and Chief Curator, added, “Michal and Renata Hornstein are a beautiful, deeply united, couple. Marked by the tragedies of history, they have always demonstrated a fierce determination and a positive and generous spirit. Together, they have built an extraordinary life as proud Canadians, Quebecers and Montrealers. On this, the first day of spring, a dream that the Museum has long held dear is finally coming true. Because our acquisitions are financed entirely through our private funds, it would be impossible for the MMFA or any other museum to purchase or assemble such a collection on the world’s incredibly active and highly competitive art market today. We are delighted to conserve this remarkable collection for Quebec: accessible free of charge for all at all times, it is a gift to our fellow citizens today and for generations to come.”

During the recent presentation of his budget, the Quebec Minister of Finance and of Revenue and Minister responsible for the Montréal region, Raymond Bachand, announced that, in order to conserve and exhibit this collection, $18.5 million will be allocated to the MMFA in order to build a new pavilion of international art to mark Montreal’s 375th anniversary. The financing method proposed by the MMFA for this project is truly outstanding: 85% of the funding will be assumed by the private sector, including the gift of the collection itself. The Quebec government’s contribution will only be used to pay for the construction of the new Pavilion. As with the new 6-storey Claire and Marc Bourgie Pavilion of Quebec and Canadian Art, opened last October, the private sector will assume the additional operating costs generated by this new pavilion.

The Museum’s fifth pavilion will be devoted to international art, from archaeology to modern art. It will be located next to the Jean-Noël Desmarais Pavilion (Bishop Street), to which it will be linked. The addition of this pavilion pursues the organic expansion of an institution that has grown over the past 150 years thanks to the generosity of public and private patrons. This new pavilion will also enable the Museum to devote more space to certain collections in other pavilions, such as World Cultures. Further details on this project and the construction schedule will be announced at a later date this year.

“We would like to thank the Quebec government for grasping the importance of this donation, which is a priceless gift to our national cultural heritage for citizens today and future generations,” emphasized Brian Levitt, the MMFA’s Chairman of the Board, and Nathalie Bondil. “It is Montreal and all of Quebec society that will benefit from this major gift of Old Masters, which will soon be installed in a new pavilion of international art that will bear the name of our faithful benefactors, Michal and Renata Hornstein.”

The Hornsteins have a strong attachment to Montreal, where they have lived since 1951. Mr. Hornstein has been a Museum Trustee since 1970 and Vice-president since 1979. Since 1982, he has presided over the Acquisition Committee – Non-Canadian Art before 1900. Leading Montreal philanthropists, the Hornsteins have donated close to 400 drawings and paintings to the Museum and contributed financially to the acquisition of major works of art. They also lent their support to the architectural restoration of the pavilion that was named after them in 2000, in recognition of their outstanding contribution to the Museum. Michal and Renata Hornstein are both very involved in various other philanthropic causes, especially health and the arts. Worthy of special mention is the creation, on November 4, 2004, of the Michal and Renata Hornstein Heart Surgery Chair at the Montreal Heart Institute and the University of Montreal. These major contributions to society have earned Mr. Hornstein numerous honours, including his appointment as a Member of the Order of Canada in 1984 and his appointment as a Chevalier of the Ordre national du Québec in 1993 and his promotion to Officier in 2002.

This gift enhances both the MMFA’s collection, from the Old Masters to modern art, which is unequalled in Quebec, and the MMFA’s encyclopedic vocation, which is unique in Canada. It is the only museum where the public can discover, free of charge at all times, works by artists like Mantegna, Veronese, El Greco, Rembrandt, De Heem, Snyders, Poussin, Claude, Tiepolo, Boucher, Gainsborough, Reynolds, Chassériau, Bouguereau, Daumier, Corot, Pissarro, Monet, Sisley, Rodin, Renoir, Matisse, Van Dongen, Giacometti, Dix, Rouault, Picasso… “Thanks to this major gift, the Museum’s stature on the international stage will be reinforced in the crucial area of loan exchanges for the production of major exhibitions,” concluded Nathalie Bondil. 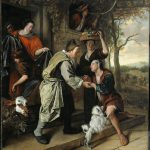 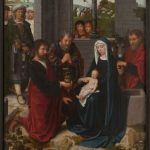 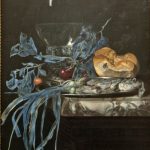 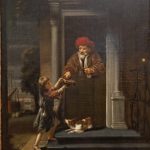