Information from the museum, 7 March 2012

This acquisition – along with the purchase of its companion painting Diana and Actaeon in 2009 – ensures that these two superlative works by Titian will remain together on public display on a rotating basis in London and Edinburgh. In addition, the Bridgewater Loan – from one of the greatest private collections of Old Master paintings in the world – will remain at the Scottish National Gallery until at least 2030.

The Bridgewater pictures were first placed on loan at the Scottish National Gallery by the 5th Earl of Ellesmere (later 6th Duke of Sutherland) in 1945, and have remained on continuous public view ever since. The acquisition of Titian’s two Diana paintings from the current Duke ensures the continuation of the loan – which includes masterpieces such as Raphael’s Bridgewater Madonna and Poussin’s Seven Sacraments Series. 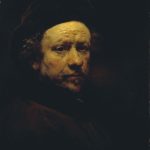 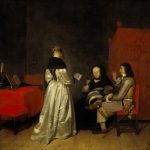