The Museum of Fine Arts, Boston (MFA), announced this Monday that the Ministry of Foreign Affairs of the Kingdom of the Netherlands has shared its intent to establish a permanent endowment fund in support of the MFA’s Center for Netherlandish Art (CNA). The fund, named The Kingdom of the Netherlands Fund for Dutch Scholars, will allow Dutch academics, students and institutions to participate in CNA programs and research initiatives, sustaining international connections between scholars in both countries. The CNA, which will launch in 2020 in conjunction with the 150th anniversary of the MFA’s founding, is the first resource of its kind in the U.S. Aligned with the MFA’s mission to bring art and people together, the CNA is dedicated to sharing Dutch and Flemish works with wide audiences, stimulating multidisciplinary research and object-based learning, and nurturing future generations of scholars and curators in the field. The Founders of the Center for Netherlandish Art at the MFA are CODART Patrons Rose-Marie and Eijk van Otterloo and Susan and Matthew Weatherbie.

The gift of the endowment fund was announced during a recent visit to the Museum by Dutch Prime Minister Mark Rutte as part of a trade mission in which 87 Dutch companies participated. The delegation’s visit to the MFA indicated the significance of the CNA in building cultural connections between the U.S. and the Netherlands.

For pictures of the Dutch delegation’s visit to the MFA, see the news item on DutchCultureUSA. 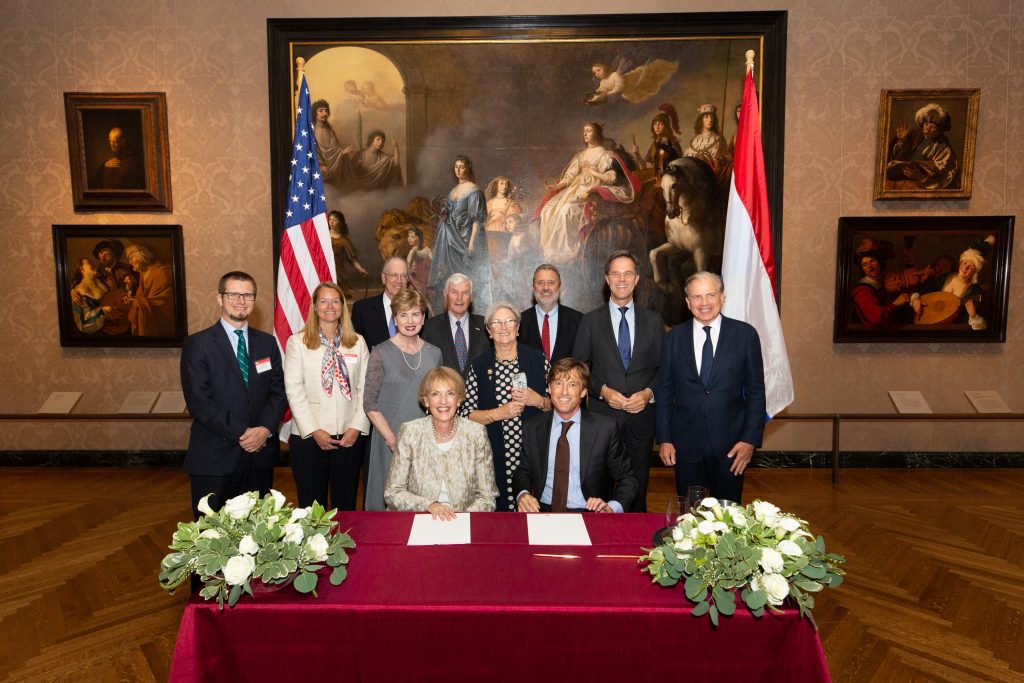