TEFAF Maastricht, renowned art fair and one of CODART’s business partners, has announced that Patrick van Maris is to succeed Paul Hustinx as chief executive officer, with effect from 1 May 2015. Paul Hustinx will commence his early retirement per 1 September 2015 but will remain connected to TEFAF as advisor. This year’s fair will be held at 13-22 March in the MECC Maastricht.

Several months ago, Paul Hustinx informed the Executive Committee of TEFAF, that during 2015, he wished to step down as Managing Director of TEFAF, a position which he has held for 17 years. In view of this and to support its future ambitions, the Executive Committee of TEFAF, the world’s leading fair for art, antiques and design, has appointed Patrick van Maris as its new Chief Executive Officer, with effect from 1 May 2015.

Paul Hustinx discussed his desire to step down with the Chairman of the Executive Committee, Willem van Roijen, last summer. “I felt that after 26 years, TEFAF needed a fresh pair of eyes and insight to take it forward”.

Willem van Roijen, Chairman of the Executive Committee of TEFAF, commented: “Of course we are sad that Paul is leaving and we are greatly indebted to him for the excellent reputation TEFAF has established over the past years. At the same time we are delighted that Patrick van Maris will be joining TEFAF as Chief Executive. Having held several senior management positions at Sotheby’s and with more than 25 years of experience in the international art world Patrick has the right experience and the ambition to keep our organisation moving forward. He has been our preferred candidate from the moment Paul informed us he was considering stepping down as Managing Director.”

Dutch born Patrick van Maris (53) read history at the university in Amsterdam before starting his career at Sotheby’s Amsterdam in 1989 as general specialist in the valuation department. In the 1990’s, based in London and part of Sotheby’s European network he was responsible for the organisation of several important house sales in Europe, before returning to Holland in 1997, becoming Managing Director of Sotheby’s Amsterdam in 2003. In 2006 he returned to London and in 2008 became Managing Director of Sotheby’s Europe until 2012. Most recently he focused on global projects.
It was in this capacity that he worked with TEFAF to explore the possibility of establishing an art fair in Beijing. Over this period he gained a thorough understanding of TEFAF and its ambitions. “TEFAF’s excellent reputation and its emphasis on quality and excellence have captured me. I am delighted and grateful to have been chosen by TEFAF’s Executive Committee as the successor to Paul Hustinx and to be appointed the new CEO of this prestigious organisation. I am looking forward to working with the Board and the team in Helvoirt and to maintain TEFAF’s position as the world’s leading art fair.”

These changes will come into effect on May 2015. Paul Hustinx will commence his early retirement per 1 September 2015 but will remain connected to TEFAF as advisor.

For more information see the press release on TEFAF.nl 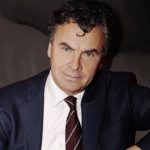 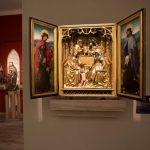