Lia Gorter, founder of the Foundation for Cultural Inventory (SCI), was awarded the Amsterdam Frans Banninck Cocq Medal on 28 August. She received the decoration on the occasion of the 25th anniversary of the foundation and “because of her many years of research into and promotion of Dutch and Flemish art,” according to the city of Amsterdam.

Gorter received the decoration from the hands of deputy mayor Touria Meliani. The Frans Banninck Cocq Medal is awarded to individuals who have made themselves of outstanding service to Amsterdam over a period of at least twelve years. 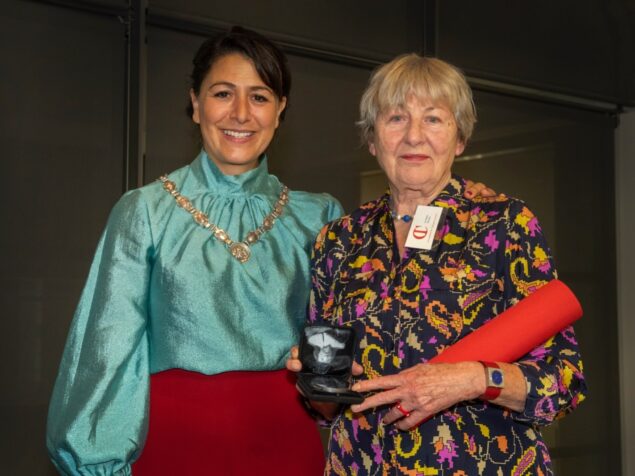 The SCI, also called ‘Dutch Masters Abroad’, was founded in 1997. The foundation’s volunteers examine and identify Dutch and Flemish masters in countries that for economic or political reasons are not able to study and preserve their collections Dutch and Flemish Art. In the past decades, the foundation has been active in such places as the Baltic States, Belarus, Brazil, Cuba, Kazakhstan, Poland, India, Russia and South Africa. Among other things, Gorter discovered in 2003 the lost panel of the Miraflores Altarpiece by Juan de Flandes in Belgrade.

On the occasion of the 25th anniversary of the SCI, a jubilee publication is currently being prepared. Disclosing Dutch and Flemish Art: 25 years of international art historical research, digitizing collections, and master classes about conservation of Dutch and Flemish Art will be published in December 2022. The book can be pre-ordered at a reduced price until 1 November through https://www.culturalinventory.nl/.