Museum Boijmans Van Beuningen appointed Ruben Suykerbuyk as the new Curator of Old Masters. Suykerbuyk joins the Rotterdam museum in April and succeeds Friso Lammertse who moved to the Rijksmuseum in March 2020. 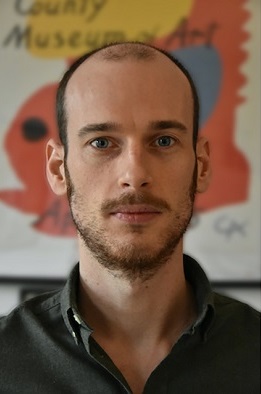 Ruben Suykerbuyk (Antwerp, 1989) is a postdoctoral researcher in the theory and history of art. He specializes in art from the Low Countries from the fifteenth to the seventeenth century.  Previously, he worked at the Kunsthistorisches Museum in Vienna and the Royal Museums of Fine Arts in Brussels. Suykerbuyk has been awarded several prizes and scholarships, including the Rogier van der Weyden Prize (2012), the Dr. Alfred & Isabel Bader Prize (2013), the James Loeb Fellowship at the Zentralinstitut für Kunstgeschichte in Munich (2018) and a mandate from the Special Research Fund of the University of Ghent (2018-21).

Suykerbuyk co-edited the book Art after Iconoclasm: Painting in the Netherlands (1566-1585), Turnhout (Brepols) 2012, and recently published the monograph The Matter of Piety: Zoutleeuw’s Church of Saint Leonard and Religious Material Culture in the Low Countries (c. 1450-1620), Leiden & Boston (Brill) 2020. Suykerbuyk is also a member of the editorial board of the art-historical magazine Simiolus, and has published numerous academic articles.