On 1 November 2021, Angela Jager has been appointed as the new Curator of Dutch and Flemish Old Master Painting of the RKD – Netherlands Institute for Art History. Alongside her regular tasks, Angela Jager will be working on a new project: a collection catalogue of the Dutch and Flemish old master paintings from the Nivaagaards Malerisamling in Denmark, together with Jørgen Wadum (Nivaagaards Malerisamling). 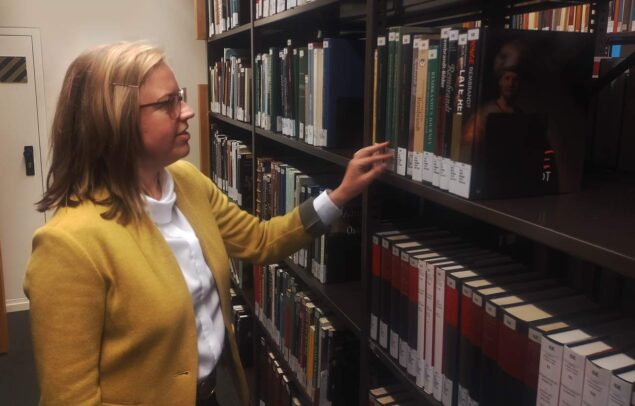 In 2016, Angela Jager received her PhD at the University of Amsterdam for her research on the mass market for history paintings in seventeenth-century Amsterdam. She spent two years working as postdoctoral researcher at the Statens Museum for Kunst in Copenhagen, researching a large private collection of old master paintings. Since 2019, she has been working as a researcher at the University of Geneva. In this capacity, she contributed to the RKD-database Visiting the Golden Age. Angela’s first monograph The Mass Market for History Paintings in Seventeenth-Century Amsterdam came out in 2020 (Amsterdam University Press). She has published among others in the journals Oud Holland and JHNA, and contributed to several exhibition catalogues and edited volumes.