Willemijn Fock, Professor Emeritus of the History of Decorative Arts, has passed away on 3 June 2021. She was 78 years old. 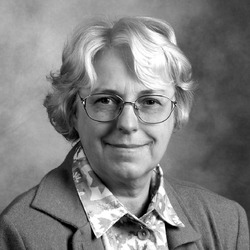 Willemijn Fock was Professor of History of Decorative Arts at the University of Leiden from 1982 to 2007. Fock is considered to be the founder of the history of interior decoration as a course in Dutch art history. She started her academic career with a dissertation (1975) at Leiden University on the Dutch goldsmith Jacques Bylivelt (1550-1603), who was active at the court in Florence. After her appointment as professor, she dedicated her work to the history of decorative arts, with an emphasis on interior decoration and furniture. One of her most significant projects was the Leiden Rapenburg Project, a six-piece series on the decorations and interiors of the houses at the Leiden canal.

Upon her retirement from Leiden University in 2007, Fock was appointed Officer in the Order of Orange-Nassau. In 2019 she was appointed as an honorary member of the Dutch Association for Art History in recognition of her contributions to the field.