In a new volume of the Corpus Rubenianum Ludwig Burchard, CODART member Nico Van Hout explores the varied use of heads by Rubens and his assistants. Study Heads – the first ever carried out into this subject – reveals a huge amount about how the Baroque master’s studio operated. Besides working and collaborating at a very rapid rate, Rubens also set an extremely high standard when it came to preparation.

Astonishing pace
A study head or tronie is a depiction of a face and a tool that Rubens used to vary the figures included in a densely populated painting, such as a scene from the Bible. The master and his assistants painted study heads for themselves to experiment with skin tones and the effect of light and shade on human faces. Several studio assistants sometimes painted the same model from different angles. Unlike a portrait, the identity of the model in a head study was irrelevant and frequently unknown.

Head studies were prepared and collected so that Rubens could always draw on a varied ‘database’ of heads that could be readily incorporated in a work. They could be used creatively several times, with a new hairstyle, for instance, or in a special costume. Van Hout has found, for instance, that certain head studies crop up more than ten times in different works, indicating that they were reused on a large scale. In other words, Rubens’ studio operated at a pace that was astonishing and much higher than previously thought.

Masterly level
In preparation for his publication, Van Hout worked with Bert Schepers at the Rubenianum research institute to catalogue all the head studies produced in Rubens’ studio. It was an intensive quest that took several years to complete, but which ultimately yielded 136 tronies. Besides studies by Rubens himself, Van Hout identified ones by studio assistants like Anthony van Dyck and Jacob Jordaens. It suggests that the Baroque master collaborated readily in his studio and that the art was not always created by one individual. ‘You would order a canvas from Rubens and, depending on the price category, he would paint all, part or even none of it himself. That’s where the head studies came in: they were a kind of cut-and-paste avant la lettre’, Van Hout explains.

Heads done by the master himself are, however, easy to distinguish: despite often being painted quickly, they are of an exceptionally high standard. Rubens played with transparent and opaque layers and with light and shade, which brings a face like this to life and often makes it stronger than the head that appeared in the finished painting.

Post-Rubens economy
Rubens’ head studies continued to play an important role after his death. They were purchased by other artists, updated and turned into actual portraits in order to increase their market value. Various tronies were also sawn down and sold individually. There is a woman’s head in the museum in Besançon, for example, that matches another female profile in Brescia: the two panels fit together like a jigsaw puzzle.

Rubens’ study heads illustrate his extraordinary powers of observation. Without these anonymous faces, his oeuvre would not exist. Study Heads is not only an important addition to the Corpus Rubenianum, it will also be a fascinating read for many art lovers. 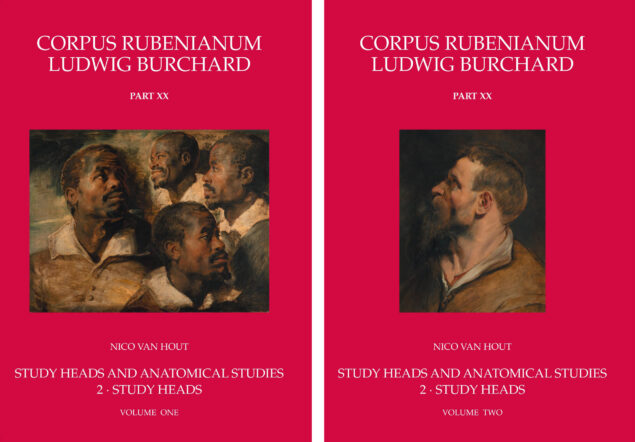