The current double issue of Oud Holland includes thorough analyses on a wide range of topics: from medieval illuminated books to nineteenth-century religious painting in the Netherlands.

The surviving account books of the monastery of Lopsen near Leiden contain numerous payments relating to panel painting, pigments, parchment, and the writing, illumination and binding of various books. This casts doubt upon the general theory that the so-called Masters of the Suffrages were active in Lopsen. Instead, Anne Margreet As-Vijvers proposes that the documentary records from Lopsen concerning illumination refer to pen-flourishing instead of painting.

Maarten van Heemskerck’s painting style underwent enormous development thanks to his introduction to antiquity and the Italian High Renaissance. His views on portraiture also changed considerably. Our understanding of Heemskerck’s autonomous portraiture is, however, blurred by incorrect attributions and dates. A careful analysis by Ilja Veldman is employed here to establish the authenticity of the few signed portraits that have survived, and as a means of identifying the persons depicted.

Koenraad Brosens and Inez De Prekel provide an in-depth view of Antwerp’s artistic production in the seventeenth century. From a methodological point of view, the essay demonstrates that there is great value in a combination of qualitative and quantitative readings of various sources to analyze complex social systems, such as artistic communities. Their approach proves to be instrumental in the debate on the productivity of early modern Antwerp.

Religious painting in the nineteenth-century Netherlands has been largely neglected in art historical research. The persisting misconception that art and Protestantism are irreconcilable has become an all-too easy explanation for the apparent lack of religious painting in this period. This article by Marieke Maathuis aims to understand the reception of the religious paintings of Ary Scheffer in the light of the Dutch Réveil.

See below for the contents of this issue. For summaries of each article, visit the Oud Holland website.

Anne Margreet W. As-Vijvers – Manuscript production in the monastery of St Hieronymusdal in Lopsen, near Leiden

Ilja M. Veldman – Artistic innovation in Maarten van Heemskerck’s portraits after 1537 and new identifications in the light of his social network

Marieke Maathuis – An aesthetic of devotion: Ary Scheffer and the Dutch Réveil 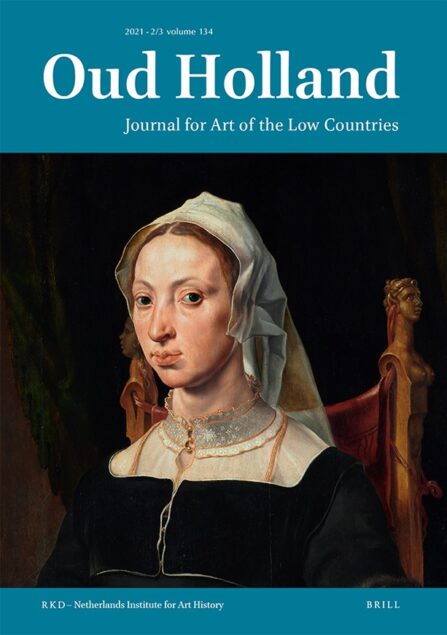