The latest double issue of Oud Holland covers seven articles, among which an analysis of the rotunda motif in Roelandt Savery’s work, a hidden satire on Oliver Cromwell, an unknown letter regarding sketches by Rubens, and a new interpretation of De Lairesse’s paintings for the Court of Appeal.

The issue also contains an article on the recent discovery of a notary deed that clarifies underexposed aspects of Jacques Jordaens’ career. This significant document, kept in the city archive in The Hague, has been discovered and analyzed by Leen Kelchtermans and Katharina Van Cauteren.

See below for the contents of this issue, for summaries of each article visit the Oud Holland website.

Ineke Wolf
From fox to donkey: A hidden political satire on Oliver Cromwell by Cornelis Saftleven

Paul Begheyn S.J.
An unknown letter of Daniel Seghers from 1660 regarding sketches by Peter Paul Rubens

Tim Lubbers
Art for the Court: A new interpretation of Gerard de Lairesse’s paintings for the Court of Appeal of Holland (1688-1689) 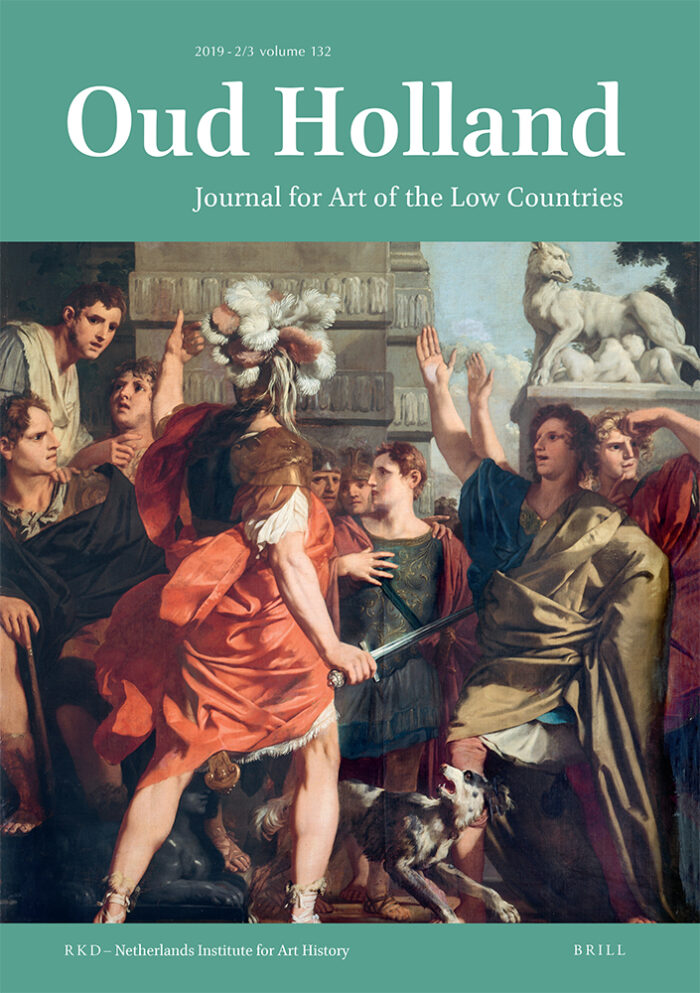