The Nationalmuseum in Stockholm has published a richly illustrated catalogue of Dutch master drawings in Swedish public collections. The 600 drawings in the catalogue include approximately 530 from the collection of Nationalmuseum. The remaining 70 works are housed at the Gothenburg Museum of Art, the National Library of Sweden, the Swedish National Archives, and other institutions. The vast majority of these small-scale masterpieces date from the 1600s. 130 of the drawings have never been published before.

Nationalmuseum houses Sweden’s largest collection of drawings by the Dutch masters. The collection includes important works by Rembrandt and his pupils, as well as drawings by Abraham Bloemaert, Jan van Goyen, Herman Saftleven, Willem van de Velde, and many others.

The author of the catalogue is Börje Magnusson, a former curator at Nationalmuseum and an expert on older draughtsmanship. Each drawing is accompanied by text that describes the materials and artistic techniques employed in its creation, as well as other information related to the physical nature of the work of art. The motifs of the drawing, what previous scholars have said about it, the artwork’s previous owners, and (of course) its creator are also presented. 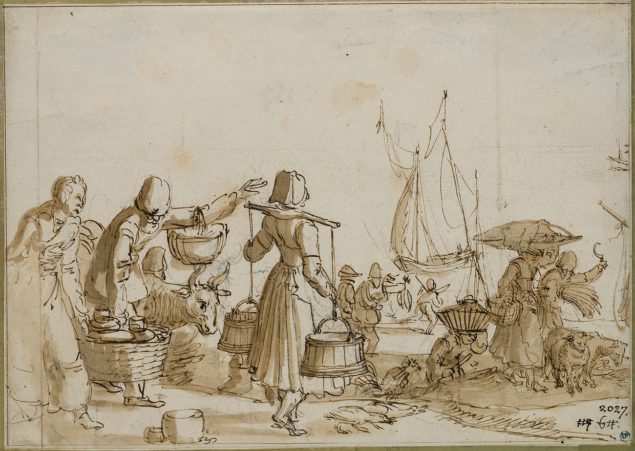 Without a doubt, the largest and most high-profile group of drawings is made up of the more than hundred sheets belonging to the School of Rembrandt, and which can be traced back to the generation after the Dutch master’s death. Like most of the collections, these works of art arrived in Sweden in the 18th century. Although Sweden and the Netherlands shared many close commercial and artistic ties during the 1600s, few drawings illustrate this relationship. In the 17th century, National Admiral Wrangel commissioned sketches of a collection of tapestries depicting naval battles (now housed at the Royal Academy of Fine Arts), and Chief Royal Engineer Erik Dahlbergh hired two Dutchmen – Willem Swidde and Johannes van den Aveelen – to illustrate his books. In the latter case, the National Library of Sweden possesses the majority of the surviving works by these two artists. 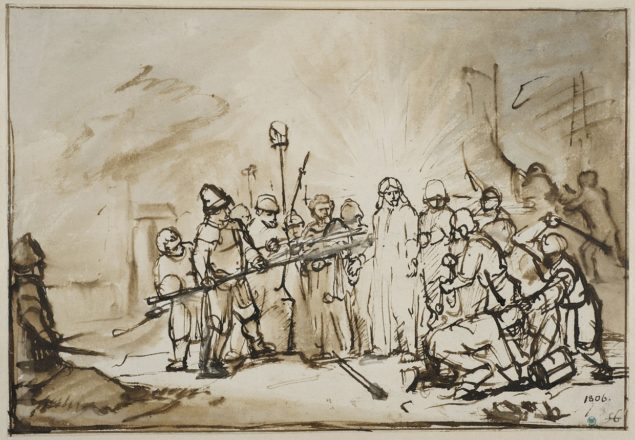 “In parallel with the publication of the book, we have uploaded the drawings and information about the works to our internet database (nationalmuseum.se), where you can see the pictures in high resolution. When this material becomes available to researchers and museum officials all over the world, many new discoveries may be made, and that’s an exciting prospect. When Nationalmuseum reopens in October, we will also be exhibiting a selection of Rembrandt’s drawings,” says Martin Olin, Head of Research and Loans at Nationalmuseum and one of the editors of the book.