Volume 3 of the museum’s research series is an English language anthology recounting the story of three generations of the van Manders, a Dutch family of artists. In 1604, the Flemish artist, poet and art historian Karel van Mander published Het Schilderboek, a textbook on the subject of art theory and an introduction to the entire history of art from antiquity onwards. The book made a huge impact on Dutch artists of the day and subsequent books on art history.

One of the many artists to be influenced by Karel van Mander the Elder was his own son, Karel van Mander II who became a talented tapestry weaver. In Delft he created a major series of tapestries for King Christian IV of Denmark to decorate Frederiksborg Castle. They illustrated important events from the king’s own life – his coronation and episodes from the war against Sweden (1611-13).

Following the sudden death of Karel van Mander II, his widow moved to Denmark, where one of their sons, also named Karel van Mander, went on to become a leading portrait painter at the court of the king of Denmark. Karel van Mander III found expression in all formats, painting everything from miniatures to full-length, life-size portraits. His models included members of the royal family, prominent nobles, prosperous citizens and scholars and writers of the day, whom he also entertained in his grand house in Østergade.

His wife Marie ran an exclusive inn in their home, while Karel van Mander III, in addition to painting, also wrote poems and established his own library and cabinet of curiosities, which featured scientific, historical and ethnographic artefacts. His scientific interests also found expression in his meticulous anatomical illustrations for Thomas Bartholin’s studies based on the dissection of corpses. Karel van Mander III also painted history paintings, illustrating both past events and scenes from stories in literature, mythology and the Bible.

Volume 4 of the series features a richly illustrated overview of the court painter Karel van Mander III’s oeuvre and the contents of his book collection. 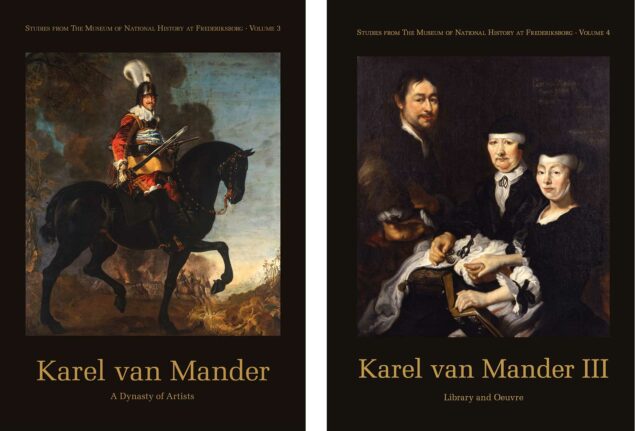