The Royal Institute for Cultural Heritage (KIK-IRPA) drew our attention to the recent appearance of a previously unpublished French manuscript by Paul Rolland on Early Netherlandish painting.

During his brief career, Paul Rolland (1896-1949), an art historian from Tournai, carried out extensive archival research on the Flemish artists Robert Campin, Rogier van der Weyden and Jacques Daret. He was about to publish his manuscript when he suddenly died in 1949.

KIK-IRPA preserves Rolland’s unpublished text at the Center for the Study of the Flemish Primitives. The author based his research on valuable archival documents concerning the three pioneers of Flemish primitive painting. Many of these documents have disappeared during World War II as a result of the bombing raids in Tournai. Rolland’s original manuscript is a typescript, difficult to read in some places with some annotations and corrections written by the author himself. The text has been carefully analyzed, transcribed and edited at the Study Center and provided with a preface.

Paul Rolland’s project finally came to fruition after more than 70 years with the publication of his life’s work in the series Contributions to the Study of the Flemish Primitives. The e-book contains extensive biographies with and summaries of their works for each of the three painters. The text, written fluently in French, follows a chronological approach to archival documents and is supplemented in the footnotes by authentic comments on these documents and bibliographic references. The choice of images made by Rolland to enhance his publication was respected by the editors. 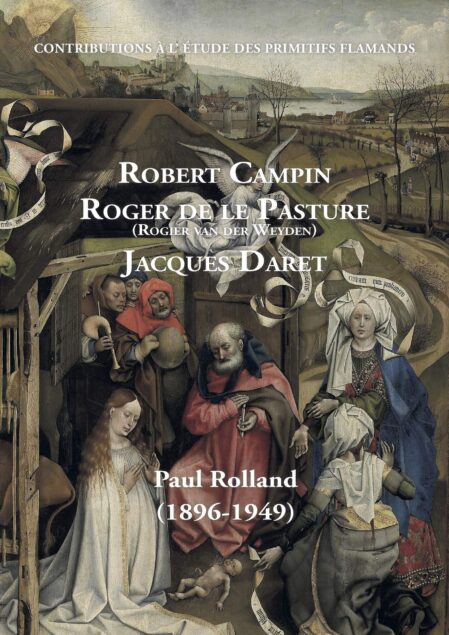 The publication can be downloaded free of charge from KIK-IRPA.