The Rubenianum and RKD announced on Wednesday that they have agreed to join forces and start collaborations in digitization of their mutual files. The combined strengths of the two research institutions will lead to a significant enrichment of digital databases, such as RKDartists and RKDimages. In the last edition of The Rubenianum Quarterly Véronique van de Kerckhof, curator at the Rubenianum, wrote extensively on the collaboration.

After a year of preparation, we are ready to launch what the Rubenianum can call a historic collaboration. Our chosen partner is our sister-institution in The Hague: the world-famous RKD (Rijksbureau voor Kunsthistorische Documentatie / Netherlands Institute for Art History). In its fifty years of existence the Rubenianum has always rejoiced in an ongoing dialogue with its large Dutch counterpart, yet only now are we embarking on an important, longterm collaboration that involves nothing less than the core task of both our institutions: the documentation of works of art. Now that preparations for this new partnership are entering their final phase, we want to take this opportunity to outline the scope of this project.

Those acquainted with both institutions know that we have many things in common but also some obvious differences. One such difference is the RKD’s lead in the computerized processing and accessing of art-historical information. Their rich online resources – RKDartists&, RKDimages and the brand-new Rembrandt Database, to mention but a few – are so well known and so frequently consulted that they need no introduction here.

By contrast, until just a few years ago the Rubenianum was still processing documentation in a completely analogue way – on paper. In our search for a suitable digital system, there were plenty of obvious reasons for us to look to the north for an example to follow. One concrete reason is that the information and documentation in our field, the art of the Southern Netherlands from the sixteenth to the eighteenth centuries, has traditionally been collected by the RKD as well, which means that large numbers of objects are already included in the RKDimages database. In terms of organization the RKD has a clear edge in several respects: a custom-designed version of Adlib’s ‘server-based documentation solution’, a well-oiled working environment for digital data processing, and several inhouse thesauri that are among the most authoritative in the field.

Collaborating on the database level thus seemed like an obvious road to take, but of course this was easier said than done. I would like to mention the architects involved in this project from the very beginning, who succeeded in devising a workable structure.

At the Rubenianum, Lieneke Nijkamp took the lead, with input from Ute Staes and Bert Watteeuw. Our contacts at the RKD were Rieke van Leeuwen, Head of Digital Collections, Reinier van ’t Zelfde, Head of ICT and Information Management and Retrieval, and Jan Kosten, Curator of Dutch and Flemish Old Master Paintings. The indisputable value of this plan to both parties soon became apparent, and it subsequently grew into a basic cooperation agreement that provides for several test phases and regular consultation.

What exactly does this collaboration entail? From now on, whenever the Rubenianum wants to register information about works of art, it will do so via a virtual private network (VPN) directly in the RKDimages database. In other words, we will collaborate in amassing a treasure trove of existing data, thus using our expertise and collection profile to enrich the knowledge of the visual arts of the Southern Netherlands. The records added or completed by the Rubenianum will be recognizable as such on the RKD interface. In addition, our own Rubenianum interface, which will be developed in 2013, will make it possible to search all the Southern Netherlandish records of RKDimages, which will include the combined images of the RKD and the Rubenianum. An important bonus is that this Rubenianum interface will allow us to offer more in-depth information. In the short term this will include references to our own library catalogue in Anet, but in the long term we plan to add digitized catalogue notes, relevant archival documents, extra visual material and so on.

The pilot studies carried out thus far – at the time of publication of this issue of TRQ – have been successful and evaluated positively.

Several batches of Jordaens records have been entered into the database – from Antwerp, and according to the RKD’s detailed rules for inputting data – and are now available online.

We also carried out trial excerpting sessions, in which we took sale catalogues, journals and recently published books and, with the help of colleagues from the Centrum Rubenianum, screened them for interesting artworks. This was essential to the delineation of our new working procedures, which will be attuned to the internal practices of the RKD. This is in itself a fruitful exercise, which provides insight into each other’s documentation criteria and the possibility of working in tandem. The most important result of this collaboration, however, is of course the opportunity thus created to catapult a vital task of the Rubenianum into the twenty-first century.

And so we will soon embark on a long-term and enduring partnership with RKDimages and its future pendant in Antwerp. We view our impending collaboration as a prime example of efficiency that will work to the benefit of both institutions and our users as well. It is possible, moreover, that our common sphere of activity will quickly widen: investigations in the coming months will determine how the Rubenianum’s web-interface-in-the-making can best be attuned to that of the RKD. More news on this front will follow …

The Rubenianum and the RKD were brought together by the realization that collaboration is essential for art-historical centres of excellence such as ours, since they are to a large degree network centres. It is a privilege for the Rubenianum to model one of its core tasks after the strong tradition of the RKD. That the development of this undertaking could proceed in such a distinctly positive and open way is due in large measure to the commitment and clear vision of Rudi Ekkart, Director of the RKD, who created the supportive and inspired atmosphere of synergy in which the Rubenianum will collaborate in the coming years with the RKD team and their new director, Chris Stolwijk.

We look forward to it immensely. 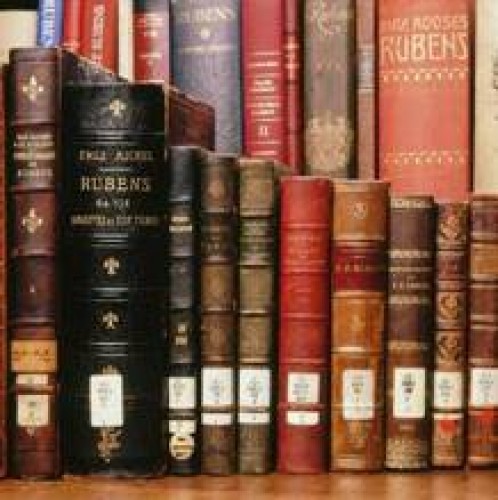