Information from the Rijksmuseum, 7 January 2015

Anticipating plans for a future exhibition on Art and Science in the Early Modern Low Countries (ca 1550-1730), the Rijksmuseum and the Huygens Institute for the History of the Netherlands (Royal Dutch Academy of Arts and Sciences) organize a preliminary, two-day conference. This event will take place at the Rijksmuseum (September 17th) and the Trippenhuis (September 18th) in Amsterdam.

The Low Countries were flourishing in the early Modern Period, influenced by developments in Northern Italy and Southern Germany. First Antwerp and later Amsterdam emerged as centers of artistic and scientific innovation and creativity, and as nodal points in the exchange of goods, knowledge and skills. It is certainly no coincidence that a high level of artistic productivity in the Low Countries coincided with the so-called ‘Scientific Revolution’. Seen from a contemporary point of view, ars and scientia were complementary concepts, rather than opposites.

The aim of the conference is to explore the possibilities, prospects and also the pitfalls of the conjunction of ‘art and science’, and to contribute to the developing conversation between historians of art, historians of science and everyone interested in the visual and material culture of the sixteenthand seventeenth-century Low Countries. The organizers look forward to receiving original submissions that address the relationships between art and science on both a material and a conceptual level.

Proposals which take objects, works of art, images, or illustrated texts as their point of departure are particularly welcomed. These may include ‘borderline’ topics – cross-overs between art and science, such as decorated shells, maps, models, pop-up books or anatomical preparations. Although the focus of the conference will be the Low Countries – both the South and the North – proposals which make reference to developments elsewhere shall certainly be considered, so long as the overall relevance for the main theme is clear.

We invite proposals for 20-minute and 10-minute papers, presenting the results of new or ongoing research.

A 300-word abstract (preferably including an image or reference to a work of art), together with a short curriculum vitae, should be sent to both:
• Jan de Hond (j.de.hond@rijksmuseum.nl)
• Eric Jorink (eric.jorink@huygens.knaw.nl)

Proposals should be submitted no later than April 15, 2015. The selection of proposals will take place during the following month.

For topics of discussion and more information, see the website of Huygens ING. 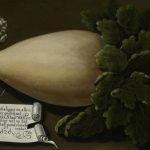