The Netherlands Yearbook for History of Art (Nederlands Kunsthistorisch Jaarboek) calls for proposals for volume 67, which will be devoted to Netherlandish sculpture of the 16th-century.

Netherlandish Sculpture of the 16th Century

Sculpture was one of the principal arts in the Low Countries during the 16th century, an important vehicle for supporting the interests of the nobility and the church in particular. The period saw the transition from a ‘Gothic’ to an ‘antique’ artistic mode, a transformation in which sculpture assumed a leading role. Throughout the century, Netherlandish sculpture was a prestigious and favored export product—from carved oak altarpieces to alabaster reliefs, brass epitaphs, and huisaltaren – while at the same time many sculptors from the Low Countries travelled extensively through Europe.

Until quite recently, surveys of early modern art in Northern Europe rarely included much sculpture. Only since Baxandall’s important book, The Limewood Sculptors of Renaissance Germany, of 1980 have Tilman Riemenschneider and his south German contemporaries entered the English language canon and historians of other media have had to contend with sculpture in the Germanic lands. However, integrated studies such as these do not exist for the Netherlands. For example, there is almost no discussion outside of Belgium and Northern Germany of Jacques Dubroeucq or Cornelis Floris, two of the most influential artists of the mid-16th century. Floris’s tombs and epitaphs became prototypes for funerary monuments across much of Northern Europe, even before his decorative style and designs were disseminated through his print series. His manner was so widely emulated that the term ‘Floris Style’ has become a cliché in discussions of art around the Baltic.

What actually comprised sculpture is not self-evident. We tend to think of sculpture as representing the human figure—making the statue paradigmatic for the medium. Yet this was hardly the sculptor’s exclusive task. Micro-architecture, which embedded figures or narrative scenes within an encompassing architectural structure, was a common project. Many statues preserved today stood originally in the cases of altarpieces, the aediculae of tombs, the lofts of jubés, the towers of sacrament houses, or the ends of choir stalls. The most revered sculptors were fully conversant with architectural conventions, and several worked as nominal architects. The intersection between sculpture, architecture, and ornament is a critical field for investigation. In addition, the various media cannot be easily separated. Painting, in fact, was usually a part of sculpture; polychromy was essential to its effect and could easily cost as much as the carving. Moreover, the importance of sculptural decorations in bronze and brass from the Southern Netherlands is reflected in the depiction of shiny brass items in many contemporary religious paintings from the 15th and 16th centuries.

Many forms of sculpture relate to current issues in Early Modern studies. Magnificent tombs were principal instruments of self-fashioning by rulers and the high nobility. The famous carved altarpieces of Antwerp and Brussels helped guide devotional practice. The alabaster relief became one of the prime narrative genres of Netherlandish art and an important index of the vogue for the Antique. Ivory carving, which developed considerably in the Southern Netherlands after the collapse of French ivory production during the Hundred Years War, as well as small boxwood devotional statuettes and prayer beads, were instrumental in the development of collecting and the pre-history of the independent aesthetic object.

Choir stalls structured human presence and behavior in ways the supported the requirements of clerical life. And statues were central to the cult of saints and commonly triggered iconophobia, which flared so spectacularly in the Beeldenstorm of 1566 and later riots. Sculpture was instrumental in constructions of gender, in forming early conceptions of materiality, in devising approaches to visual narrative, and in constructing notions of ‘realism’ or ‘naturalism’. In addition, the extensive emigration of Netherlandish sculptors after mid-century, and their transformative role in their adoptive lands, prompt discussion of concepts such as ‘cultural transfer’ or ‘cultural conversion’ and even issues of nationhood and Netherlandishness. We are particularly interested in essays that address the relation of sculpture to larger social and cultural issues. We also encourage prospective authors to examine connections with painting and other media.

The NKJ is dedicated to a particular theme each year and publishes articles that employ a diversity of approaches to the study of Netherlandish art. Contributions to the NKJ (in Dutch, English, German or French) are limited to a maximum of 7,500 words, excluding the notes.

The deadline for submission of proposals is 1 March 2016. Selection of proposals will take place in March and April 2016. The deadline for submission of the full articles for consideration and editorial comment is 1 September 2016. Final decisions on the acceptance of any paper will be made by the editorial board following receipt of the complete text.

Proposals for papers, in the form of a 300-500-word abstract and a short CV, should be sent to:
Ethan Matt Kavaler (matt.kavaler@utoronto.ca)
Frits Scholten (f.scholten@rijksmuseum.nl)
Joanna Woodall (joanna.woodall@courtauld.ac.uk) 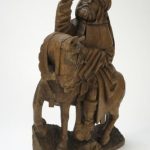 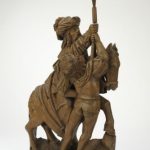