In the Dutch Republic, Calvinism was the officially privileged religion, yet, it never became the state religion. Other denominations were tolerated and a high percentage of the population – the rate varies greatly in different regions – consisted of Catholics. For a long time, art history has considered the Netherlands as an exclusively Calvinist territory having brought forth only secular and moralizing paintings for a private context. However, this narrow understanding of the visual arts has been broadened throughout the last decades.

Until now, Catholicism has been focused on in the context of the furnishings of house churches. In addition, the confession of many artists was determined and individual paintings were analyzed regarding their Catholic message. Recently, the transconfessional element in the works by artists like Rembrandt and Hendrik ter Brugghen was elaborated. Despite a growing awareness of art production in a multi-confessional society, detailed investigations of the relationship between art and Catholicism are still something most desirable. 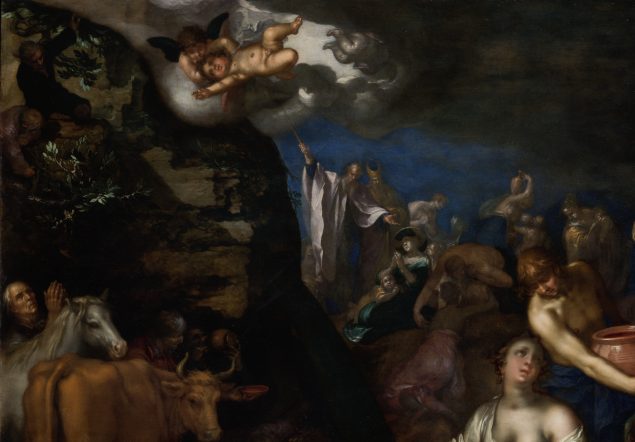 As a tolerated minority, Catholics could not practice their belief publicly. Often, they had to pay protection money and their processions could only take place secretly and privately. In spite of the restrictions, the number of members increased and a well-functioning church came into existence to which secular and regular clergy as well as spiritual virgins (geestelijke maagden or klopjes) ministered. What was the function of paintings and other visual media in constituting a collective confessional identity? Did they help to formulate and memorize Catholic beliefs? Was there a specifically Catholic iconography and whom was it addressed to? Which images were placed within the religious community, which were generally aimed at a transconfessional group of recipients? Did they address issues of controversial theology? Was there a gradual change in the genres of art and their application?

The conference intends to analyze the relationship between art and Catholicism in the Northern Netherlands from the late 16th until the late 18th century with a thematically and methodically broad approach. Emphasis will be put on visual media, yet, other contributions from the perspective of theology, literary sciences, theater arts, or musicology are welcome.

Papers from the following fields of research are possible:

The conference will take place contemporaneously with the exhibition Rubens’ Metamorphosis (working title) in the Städel Museum in Frankfurt, which deals with the artist’s creative handling of artistic models. Proposals for a 30-minute paper in German, English or Dutch should be max. 350 words in length and must be submitted to esther.meier@tu-dortmund.de and pollmer-schmidt@staedelmuseum.de until 20 February 2017.