On 25 November 2015, the Szépművészeti Múzeum in Budapest presented the recently published catalogue of its early Netherlandish paintings. Representatives of the Embassy of Belgium and the Government of Flanders, together with the Department of Old Master Paintings of the Museum of Fine Arts Budapest, organised the book launch of Susan Urbach’s Early Netherlandish Paintings. Old Masters’ Gallery Catalogues. Szépművészeti Múzeum Budapest.

The publication of the two volumes was a highly anticipated and most important addition to the line of subject catalogues by Rudi Ekkart and Dr. Ildikó Ember on the Dutch and Flemish collection of Budapest.

The Flemish research centre for the arts in the Burgundian Netherlands in Bruges is proud to announce the publication of Susan Urbach’s long awaited catalogue of Early Netherlandish Painting from the collection of the Szépművészeti Múzeum in Budapest.

Dr. Urbach, curator for Early German and Flemish Painting in Budapest’s Szépművészeti Múzeum since the late 60s, has remained attached to the collection long after her retirement and has compiled 48 masterly entries on the Budapest collection, including paintings by artists such as Petrus Christus, Hans Memling, Cornelisz Engelbrechts, Barend van Orley, Michel Sittow. The impressive catalogue represents the results of a lifetime of art historical scholarship and provides new insights on provenance, iconography, and attribution. Dr. Urbach was assisted by András Fáy who was responsible for the systematic technical examination and documentation of the paintings that are included in the catalogue, as well as by Ágota Varga.

The extensively illustrated catalogue is divided in 2 volumes (271 and 307 pages) and is published within the Flemish research centre’s ‘Distinguished Contributions to the Study of the Arts in the Burgundian Netherlands’ (series editors Susie Nash and Till-Holger Borchert) and is published by Harvey Miller Publishers in London and Turnhout.

Funding for the publication has been made available by private donors, the Hungarian Scientific Research Fund, the Léon Courtin-Marcelle Bouché Fund at the King Baudouin Foundation, and the Flemish research centre for the Arts in the Burgundian Netherlands. 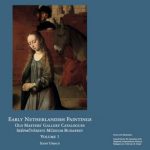 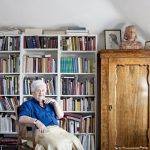 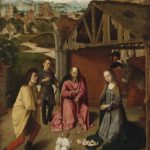