Information from the RKD and NWO press release, 18 June 2015

June 24 marks the launching of the digital publication De Oranjezaal: catalogus en documentatie (The Oranjezaal: Catalogue and Documentation), which presents the restoration and art historical research of the ‘Great Hall’ at Huis ten Bosch Palace. His Majesty, King Willem-Alexander, will be present at this occasion, which is organised by the Netherlands Organisation for Scientific Research (NWO) and the Netherlands Institute for Art History (RKD).

The Great Hall was extensively restored between 1998 and 2001. Before, during, and after the restoration, experts in various disciplines conducted research to recover and meticulously chart the Great Hall’s original concept. Developed by the RKD, the website contains a treasure trove of information about the interdisciplinary research on the origin, the restoration history, and the iconography of this unique ensemble, as well as the artists’ working method and use of materials. Part of this research was financed by the MOLART and De Mayerne research programmes under the aegis of the NWO.

This interdisciplinary collaboration yielded a great deal of unique and detailed information, which has been compiled in the form of a digital catalogue. This information, moreover, is accessible to all interested parties. During the presentation, in addition to the digital publication launch, lectures will be given by Dr Margriet van Eikema Hommes (TU Delft), Dr Robert van Langh (Rijksmuseum), Prof. Rudi Ekkart (former director of the RKD), and Prof. Anne van Grevenstein (former director of the Limburg Conservation Institute).

About the restoration of the Great Hall

The Great Hall at Huis ten Bosch Palace is a unique decorative ensemble from the Golden Age. The paintings and architectural elements were made on commission for Amalia of Solms (1602-1675) by famous Northern and Southern Netherlandish artists to commemorate her consort, Stadholder Frederick Henry (1584-1647). From 1998 to 2001 the Great Hall was extensively restored under the management of the Limburg Conservation Institute. The restoration and the comprehensive research done before, during and after, were conducted by architectural historians, art historians, chemists, and conservators engaged by the Government Building Agency (now the Central Government Real Estate Agency). The goal was to recover and thoroughly chart the original concept of the Great Hall.

Various organisations were responsible for the restoration and the research: the Limburg Conservation Institute; the Netherlands Institute for Cultural Heritage, and the Netherlands Department for the Preservation of Monuments and Historic Building (now both under the umbrella of the Cultural Heritage Agency of the Netherlands); the Foundation for Fundamental Research on Matter (FOM) Institute AMOLF of Amsterdam University; NWO; and the RKD. This research illustrates the importance of interdisciplinary collaboration in preserving cultural patrimony. 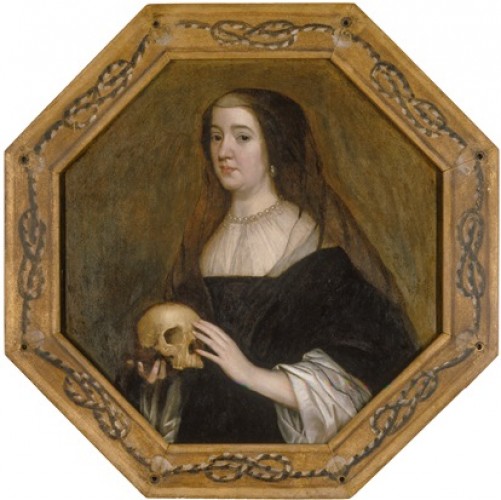