Prof. Dr. Frans Grijzenhout has been appointed as the new professor of early modern art history in the University of Amsterdam. He will succeed Eric Jan Sluijter who retires in April 2011, after holding the chair since 2002.

Frans Grijzenhout has done research on a broad range of art historical subjects ranging from the 17th till the 19th century, particularly in close relation to culture and politics. He published on the history of the Rijksmuseum, the image of the golden age in subsequent periods and ideas around cultural heritage.

His most recent research focuses on Dutch seventeenth century painting. One of the more prominent results was the publication of The burgher of Delft: a painting by Jan Steen (2006) in which Grijzenhout, together with prof. dr. Niek van Sas, recovered the identity of the sitters on Jan Steen’s painting A burgomaster of Delft and his daughter (now known as Adolf and Catharina Croeser, on Oude Delft)

Grijzenhout has been working at the University of Amsterdam as professor in cultural heritage, restoration and preservation. Since 2008 he has held the chair of the Department of Art, Religion, and Cultural Sciences. 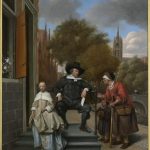 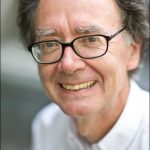