Scholars in multiple disciplines around the world have long heralded the Photoarchive of the Frick Art Reference Library as uniquely valuable to research that relates to object-oriented study of works of art. Without this repository of an estimated 1.2 million images of works created by more than 40,000 artists, curators, art dealers, and authors of monographic catalogues would be hard pressed to find visual documentation of unpublished art and the preparatory studies, versions, copies, or forgeries that relate to those and even to more famous works. In recent years, the Frick’s Photoarchive has also played a key role in helping researchers compile provenance information about art looted during World War II. Lynn Nicholas, the highly respected author of The Rape of Europa: The Fate of Europe’s Treasures in the Third Reich and the Second World War (New York, 1994), recently noted that “to do provenance research, of course, one of the very first places to go is the Frick…” Until now, online access to these valuable resources has been limited to searches for the artists’ files, the results of which indicate the amount of material the Photoarchive has for a given artist, but no specific information about individual works of art. For that, researchers had to visit the Library premises, and manually browse the photographs stored on file.

The Frick Art Reference Library and its partners in the New York Art Resources Consortium (NYARC)—the libraries of The Museum of Modern Art and the Brooklyn Museum—are pleased to announce that through a complex process of data migration, all of the Photoarchive’s research database records created since 1996 (and all future records created both for the existing collection and for new acquisitions) may now be accessed via NYARC’s online catalog Arcade (http://arcade.nyarc.org/search~S7). These online records in Arcade offer detailed historical documentation for the works of art, including basic information about the artist, title, medium, dimensions, date, and owner of the work, as well as former attributions, provenance, variant titles, records of exhibition and condition history, and biographical information about portrait subjects. Andrew W. Mellon Chief Librarian Stephen Bury comments, “For us the incorporation of the Photoarchive records in Arcade means that the richness of all of the Frick’s research collections will be available to scholars everywhere and the image collection will be discoverable as easily as our other special collections of auction catalogues and exhibition ephemera through a single search in Arcade. We know that the road that will take us to full digitization of the archive is long (currently online access is possible to only 125,000 items in the archive, but the Frick is committed to the digital future of this exceptional resource).” To cite a typical example of the advantages users will gain from the seamless searchabilty across text and image collections that the Frick now makes possible: locating the catalog of the Stroganoff sale at Lepke in 1931 now yields not only the publication, itself, but also the works of art listed documented as sold there by the Photoarchive, one of which was part of the Goudstikker collection that was recently restituted to the heirs. http://tinyurl.com/3spng5v

In addition to global access to the historical documentation for works of art recorded in the Photoarchive, a new interface, the Frick Digital Image Archive (http://images.frick.org) has been created to link the images of 15,000 works of art captured during the Frick’s photography expeditions throughout the United States from 1922 to 1967 to the documentation in Arcade. Researchers can retrieve images by keyword or field searching, display large preview images, download small jpeg image files, and link to the matching Arcade records. This image archive, which may be accessed via the Web site of The Frick Collection (www.frick.org), was made possible by funding from the National Endowment for the Humanities (NEH) and the Henry Luce Foundation. The NEH also designated the project as part of its “We the People” initiative to encourage and strengthen the teaching study and understanding of American history and culture. Through this two-year project, the Frick digitized 15,000 endangered negatives within the larger collection of 60,000 Library negatives and developed the interface to make the images freely available online. The negatives were the products of photography expeditions during the first half of the twentieth century to Alabama, California, Connecticut, Delaware, Georgia, Illinois, Kentucky, Louisiana, Maine, Maryland, Massachusetts, Missouri, New Jersey, New York, North Carolina, Ohio, Pennsylvania, Rhode Island, South Carolina, Vermont, Virginia, and Washington, D.C. In many cases the images record early states of the works of art, prior to restoration or deterioration, and in some instances, they remain the only record of a work that has been subsequently lost or destroyed. Much of the documentation for these works is also uniquely recorded at the Frick because it was obtained from the owners (particularly true of the provenance and portrait subject information) or from scholars who consulted the images years after they were captured by the Library’s photography team. During the course of the NEH project, Library staff updated the ownership and attribution information for nearly 1,500 works, relying on notations by researchers of the past and on the Inventories of American Paintings and Sculpture online database. Access to these images will complement the collection of 25,000 Frick Library negatives earlier digitized with the support of ARTstor and the Carl and Lily Pforzheimer Foundation and available through subscription to ARTstor.

With this new online access to the Frick Photoarchive research database records and the digital image archive, the Frick is now poised to incorporate a growing number of documented images from its visual resource holdings. These images complement other visual resources contributed by the NYARC partners, thereby ensuring that a broader community of researchers will have access to these unique collections. 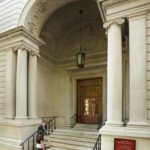