The Royal Museums of Fine Arts of Belgium own one of the most important museal collection of works by Theodoor van Loon (ca. 1582- 1649) in the world. Thanks to the generous support of the Léon Courtin-Marcelle Bouché fund, managed by the King Baudouin Foundation three of his works have been restored recently: The Virgin with child and Saints John the Baptist and John the Evangelist, The assumption of the Virgin and The adoration of the shepherds. The restoration was indicated both from esthetical as curatorial reasons. Moreover, it offered the perfect opportunity to study the artist, who received little attention until now. This study has culminated in this book.

In the first chapter of the book Irene Baldriga reconstructs Van Loon’s artistic career and his contacts with intelectual circles in Rome and the Netherlands. Sabine van Sprang and Eelco Nagelsmit reconstruct the context of the production of The Virgin with child and Saints John the Baptist and John the Evangelist (for the castle of Tervuren) and The assumption of the Virgin for the Church of Sint-Jan-Baptist ten Begijnhof in Brussels. In chapter four Jana Sanyova, together with curator Sabine van Sprang and conservators Hélène Dubois, Marie-Annelle Mouffe and Catherine Van Herck treat the paint layers and choice of materials by the painter, based on paint samples taken during restoration. The last chapter deals with the restoration itself. 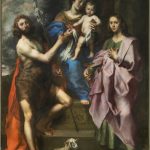 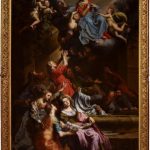 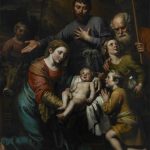