Alejandro Vergara is senior curator of Flemish and Northern European paintings at the Museo Nacional del Prado in Madrid. The son of a Spanish father and a mother from the United States, he studied at the University in Madrid, and received a Ph.D from the Institute of Fine Arts, New York University in 1994 (with a thesis devoted to the study of Rubens and his Spanish patronage). After teaching at the University of California, San Diego, and at Columbia University, he returned to his home city of Madrid in 1999 to become a curator at the Prado. He has occupied his current post since 2003.

The job of caring for, and studying, the over 1000 Northern paintings at the Prado is shared with other curators and assistants. Alejandro´s direct and primary responsibility is the collection of 17th-century Flemish paintings, one of the largest in the world and best of its kind. The size and extraordinary quality of the Prado´s holdings in this area can be gaged by the number of pictures by Rubens that the museum owns. With somewhere in the vicinity of 80 works (the number can vary slightly depending on the validity of a few attributions), the Prado is the largest depository of paintings by the great Antwerp master. The quality of this collection can be measured by its history: most of these painting by Rubens were either made directly for the king of Spain, or were purchased by him during or only slightly after Rubens´ lifetime. 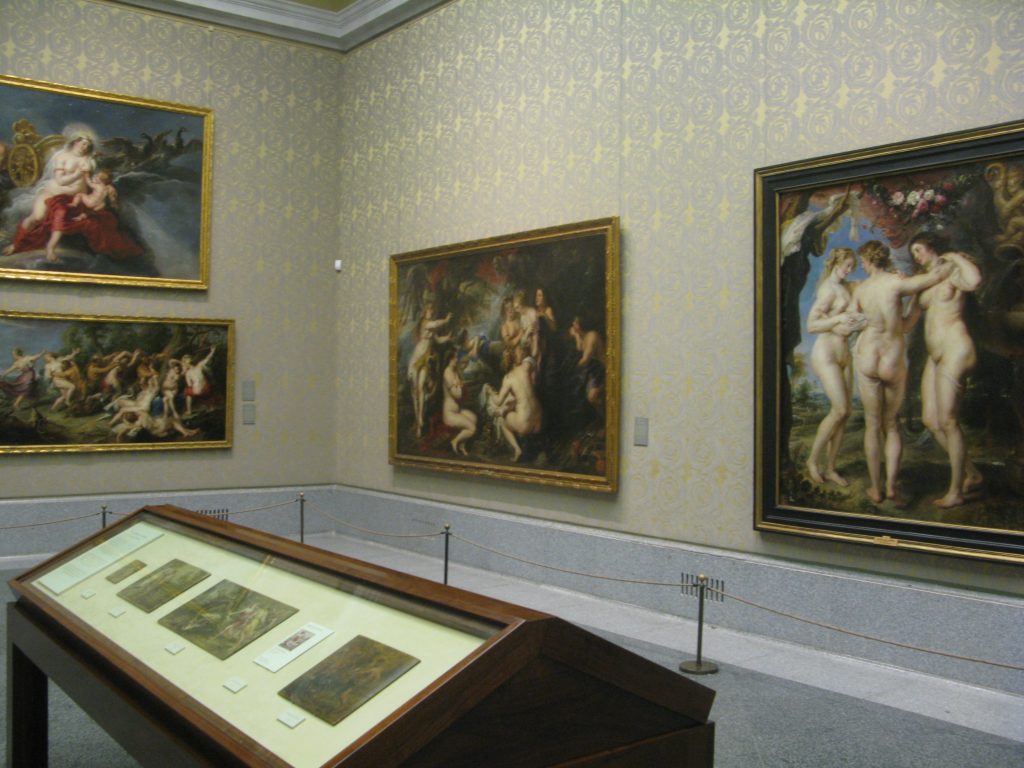 View of the interior of the Prado. One of the rooms devoted to Rubens.

Curator at the Prado

Being a curator at the Prado entails varied responsibilities and skills. Attending to other colleagues, and also to the press and to distinguished visitors is not a negligible part of the job in a museum that occupies a central place in the cultural life of the city of Madrid, and which has a world-class collection of paintings. But the most important duty of the curator, of course, has to do with the care, display and study of the collection. Designing the conservation needs of the collection in conjunction with the conservation department, and overseeing the actual work of conservation undertaken on the Flemish and Northern paintings in the museum is one the main occupations for a curator at the Prado, as it is for all curators of large collections. This can be more complicated than it may sound. With a total of close to 8,000 paintings, conservation of paintings at the Prado has to find a delicate balance between the needs of the different departments, be this the Northern collections, or pictures of Italian, German, French, Spanish or other origins. Also, the Prado is a museum that devotes much energy to temporary exhibitions. This means that the conservation needs that arise as a result of these exhibitions have to be measured against the conservation needs of the permanent collection, not to mention the fact that in order to borrow one needs to lend, and pictures that are lent often have to be restored to some degree.

The physical wellbeing of a collection of paintings may be the most important job of a curator and his most important legacy. The skills needed for this are a detailed knowledge of the collection, sensitivity towards the physical state of pictures, and the ability to work with restorers and other colleagues (such as registrars and art handlers) whose assistance is necessary to remain abreast of the condition of large numbers of paintings. All these skills are largely learned on the job.

If insuring the proper health of paintings is the most important task of a curator, the ability to properly study a collection according to the highest standards of the profession of art history is the most unique of his or her abilities; it is academic training in art history at the Ph.D, or equivalent level, that separates curators from other museum professionals.

At the Prado, Alejandro has set for himself two main goals. The most important one is to produce careful, up to date, studies of some of the most important aspects of the collection. Given his passion for Rubens, many of these have focused on the great Flemish master. He has produced studies of the drawings made by Rubens in preparation for his groundbreaking Equestrian portrait of the Duke of Lerma (with Sarah Schroth and Thea Vigneau-Wilberg); of Rubens´ tapestry designs for the Achilles series (with Friso Lammertse); and separate, monographic studies of two Rubens paintings that belong to the Prado: The Adoration of the Magi (with Joost Vander Auwera) and The three Graces. He also organized the first monographic exhibition devoted to the paintings of Joachim Patinir, an artist towards whom the Prado had a special obligation, given that it is the largest depository of his paintings. On occasion of this exhibition Alejandro directed and edited a critical catalogue of Patinir´s oeuvre, where he collaborated with numerous specialists, many of them CODART members. He also collaborated in the making of an ambitious, one hour documentary on the artist. 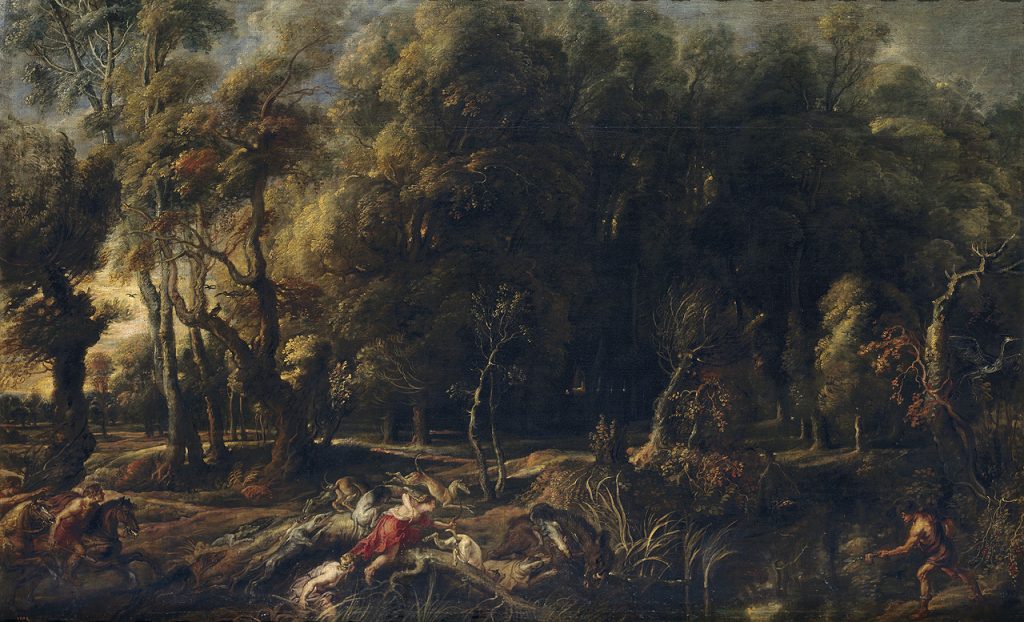 At present, and in collaboration with Friso Lammertse, he is beginning to work on an exhibition and research project that will focus on the art of the young Anthony van Dyck. When Van Dyck left Antwerp for Italy in 1621, he left some of the most important works that he had completed to date in the hands of Rubens. These pictures were later purchased by Philip IV of Spain from Rubens´ widow, and eventually found their way to the Prado. That makes the museum in Madrid a key collection for the study of the precocious Van Dyck.

Together with the study of some key works and artists in the collections, the other goal that Alejandro Vergara has set himself at the Prado is to fill in some of the gaps in the collection of Northern European paintings. Perhaps the most notable of these is the collection of Dutch paintings from the 17th century. The Prado owns slightly over 100 Dutch paintings from this period, and, with some exceptions (amongst them an important work by Rembrandt), they are not of the quality of their Flemish counterparts. Under Alejandro´s direction, the Prado has organized exhibitions devoted to Pieter Lastman, Vermeer and other Dutch painters of interior scenes (with Mariët Westermann), and Rembrandt. In this last case, the opportunity to have 40 paintings by Rembrandt at the Prado proved especially exciting, as they were hung together with some important works from the Prado´s collection by Titian, Veronese, Rubens, Ribera and Velázquez. The exhibition on Vermeer also provided the opportunity for an exciting comparison: when the exhibition was over, the Kunsthistorisches Museum in Vienna allowed the Prado to hang Vermeer´s The art of painting for an added period of time adjacent to Velázquez’ Las Meninas. At present the Prado is displaying the painting by Frans Hals and Pieter Codde The Company of Captain Reijnier Reael and Lieutenant Cornelis Michielsz Blaeuw, which has been lent by the Rijksmuseum and the City of Amsterdam.

The list of activities referred to above shows that for Alejandro Vergara one of the greatest pleasures of working in a museum is the possibility of working together with other colleagues. In some cases it is a matter of bringing expertise into a project. In others, he has worked together with art historians with whom he shares the knowledge of a given field. In these cases the benefit is to bring in different points of view, which is a way to guarantee the highest academic and intellectual standards.

Selected works from the collection

It will come as no surprise to anyone reading this curator´s profile at this point that some of Alejandro Vergara´s favorite works at the Prado are paintings by Rubens. Frequent contact with paintings allows curators to develop very personal relationships with works of art. It also means that the relationship is fluid, paintings becoming more and less present in the curator´s consciousness. At present, Vergara finds Rubens’ landscapes and pastoral images especially alluring: the Calydonian boar hunt shows Rubens ability to understand and represent the vital pulse of the forest and of nature as a whole. This painting makes the viewer feel the forces that animate nature with an immediacy and a power that are nearly overwhelming. In this, like in all of the other landscapes painted by Rubens, one is witness to the work of an artist who was especially attuned to all that is powerful and youthful in life and the world. 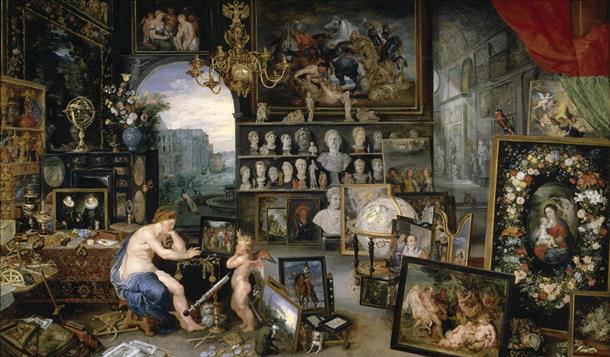 The view of nature that we find in Rubens´ landscapes is heir to the literary traditions of Antiquity, especially the genre of pastoral poetry. In many of the paintings that Rubens painted near the end of his life he celebrates that tradition. Some of the most accomplished of these are in the Prado; one of them is Nymphs and satyrs, a picture first made in the second decade of the 17th century, and then enlarged and reworked by the artist in the last years of his life. The verdant fields watered by a stream, the abundant trees, with their suggestion of endless growth, and the charged relationship that exists between the nymphs and satyrs add up to an exalted version of life that is characteristic of Rubens.

Another favorite of Alejandro Vergara is Jan Brueghel the Elder; how can he not be! In the five pictures of the senses, for which Jan Brueghel enlisted the collaboration of his friend Rubens, he offers an image of an ideal, courtly world, where the collection of beautiful objects is a central activity. These paintings are heirs to the tradition of Flemish miniatures and 15th-century painting. Brueghel extended into the 17th century the taste for luscious pictorial surfaces and the invitation to enter a world rich in intricate detail and sheer pictorial virtuosity.

The paintings of Brueghel are a challenge for curators. His scenes can hardly be matched as a source of delight. Yet in order to be fully appreciated they need to be seen at close range. They are easy to miss in museums, but the rewards that they offer are a marvelous complement to our lives. They are a perfect metaphor for the challenges faced by curators, and also for the important consequences of their tasks.