As you walk around the Gemäldegalerie Alte Meister (Old Masters Picture Gallery) in Dresden, the Netherlands seems just a stone’s throw away. I knew I wanted to work in a museum as soon as I started studying, but it was during a seminar with Uta Neidhardt that I was first inspired to specialize in Dutch and Flemish painting. Three years and an internship later, I was pursuing additional studies in Leiden. My next internship introduced me to the Rijksmuseum, before it closed for renovation. My doctoral thesis, which I completed at Leiden University, focused on painted church interiors by Gerard Houckgeest, Hendrick van Vliet and Emanuel de Witte. It was a theme that led me to reflect on the interaction between art and religion, and cultural and social history, on the basis of the fascinating images that lay at the heart of my research. My nine-year stay in the Netherlands honed my sensitivity to the extraordinary power of seventeenth-century painting. Just as hundreds of thousands of paintings shaped the “reality” of the Golden Age artistically, the epoch was constructed retrospectively by art history. And the paintings of the Golden Age still have a dynamic impact on the Netherlands today. In foreign collections, as here in Germany, they seem to take on the role of instant ambassadors. 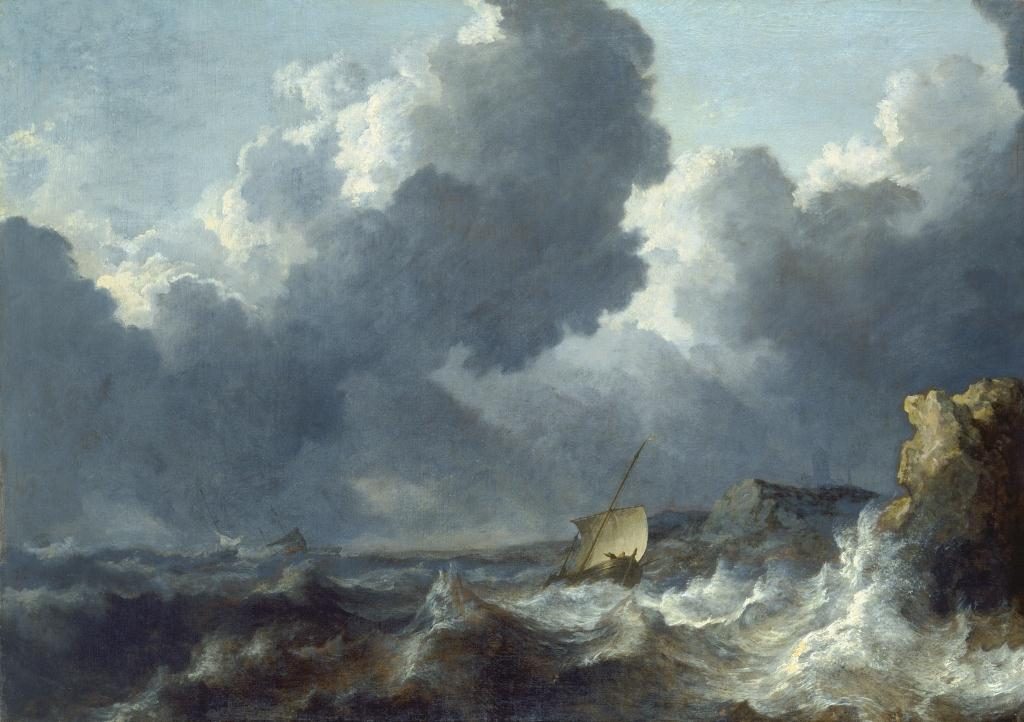 When I arrived in Frankfurt in 2010, the Städel Museum was a construction site. While the new underground gallery for contemporary art was being built, the main museum building underwent renovation. My position as curatorial assistant gave me the marvelous opportunity to accompany a traveling exhibition of Dutch and Flemish art to Bilbao and Tokyo. In addition, I was able to assist curator Jochen Sander in organizing the new presentation of the entire Old Masters department. Later on, as assistant curator, I was closely involved in preparing the exhibition Albrecht Dürer: His Art in Context.

Over the past year, I have mainly been involved in virtual, historical tours of the building – that is, in exploring the Städel Museum as it was in the nineteenth century, including the period when it was still the private mansion of the founder, Johann Friedrich Städel. In the near future, we will present Zeitreise/Time Machine, a research project that examines these historical presentations of our collection. A website will soon show what the picture galleries looked like two hundred years ago (zeitreise.stadelmuseum.de). With an app for the mobile virtual reality headset “Samsung Gear VR” visitors can also look round the very first exhibition in the museum’s current location after it opened in 1878. My own work supervising this project has included editing, maintaining the database, and digging up details of the provenance and sale of works. The project continues to surprise me, since 3D models not only give free reign to the imagination, but also provide insights that we could never have gained by merely studying the old exhibition plans. 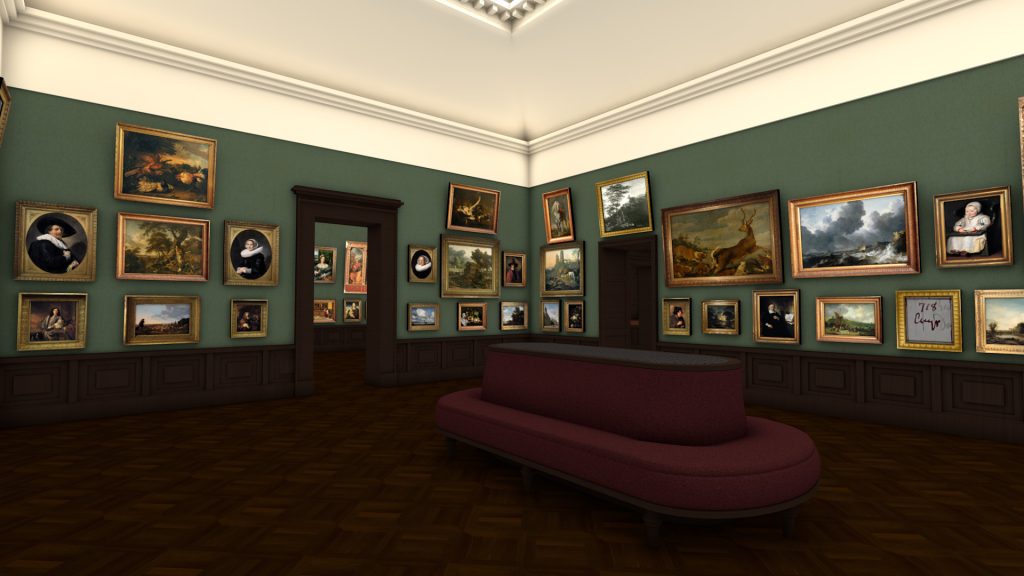 Spirited back in time to the Dutch and Flemish gallery in 1878, we have made some eye-opening discoveries about the relative merits of verdicts pronounced by art historians. For example, Frans Hals’s portrait of an unidentified married couple at the gable end has been a staple of the Dutch and Flemish collection since Städel’s day and was long thought to depict Rubens and his wife. Adriaen Brouwer’s famous The Bitter Potion and Gerbrand van den Eeckhout’s Portrait of Isaac Commelin hang side by side on the gallery’s long side. The latter, one of my personal favorites, is currently enjoying an extended visit to its old home in Amsterdam (Portrait Gallery of the Golden Age, Amsterdam Museum), along with Allart Everdingen’s large Stormy Sea, hanging above it – although this painting is unfortunately unavailable for permanent exhibition at this time.

It was well after 1878 that our first Old Master paintings, including Rembrandt’s Samson and Vermeer’s Geographer, found their way into our collection. For a time these two works recently acquired some fine company in the form of “guests” from other museums – loans arranged to mark the second centenary of our museum in 2015. It was fascinating to see the interaction this created – between the Geographer and Lady Writing a Letter with her Maid from Dublin, for instance. When you have succeeded in making both paintings speak in a room full of interested visitors, the result is a superb reminder of what drives the passion for working in a museum. 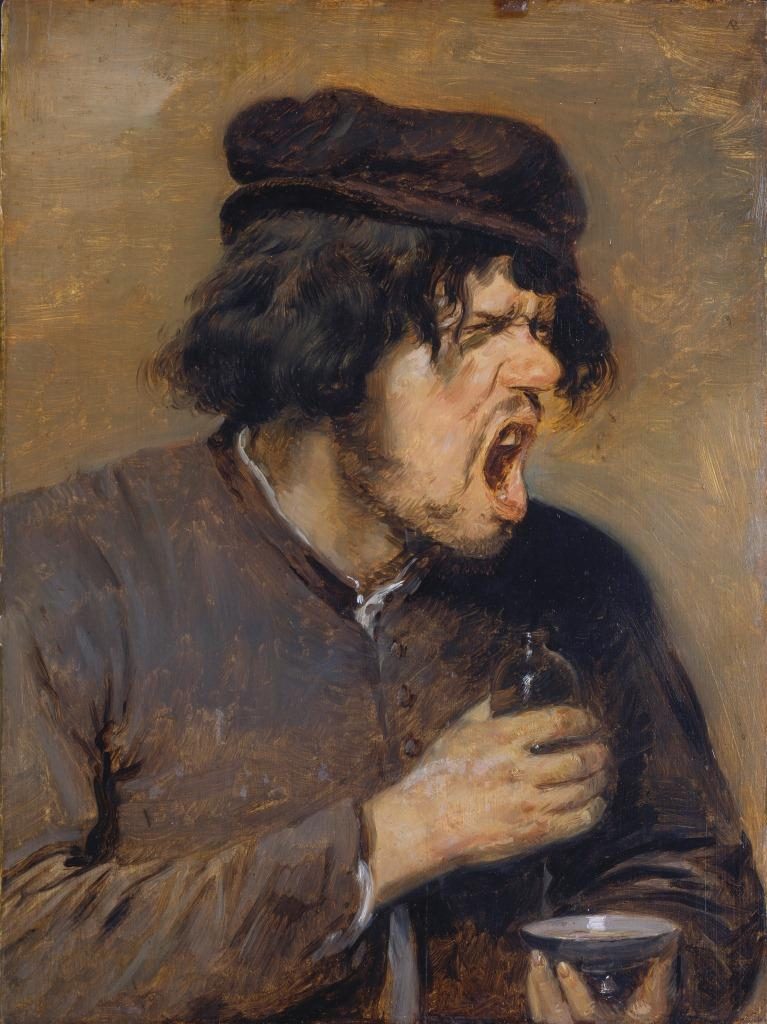 This journey back in time to the Städel Museum of old enabled me to indulge my fascination for collection history. I was already poring over collection inventories and auction catalogues years ago, in Dresden and Amsterdam. In my master’s thesis and my subsequent work at the Amsterdams Historisch Museum (now Amsterdam Museum), I turned my attention to the collector Adriaan van der Hoop. His collection – including Rembrandt’s The Jewish Bride – constituted our Golden Age canon and was eventually bequeathed to the City of Amsterdam. Van der Hoop was fifty years younger than Städel. His collection was much less varied, but it was of higher quality when viewed as a whole. Whereas the Van der Hoop Museum closed as an independent institution, Städel used his own wealth to lay the foundations of an organization that would make many things possible, down to the present day. 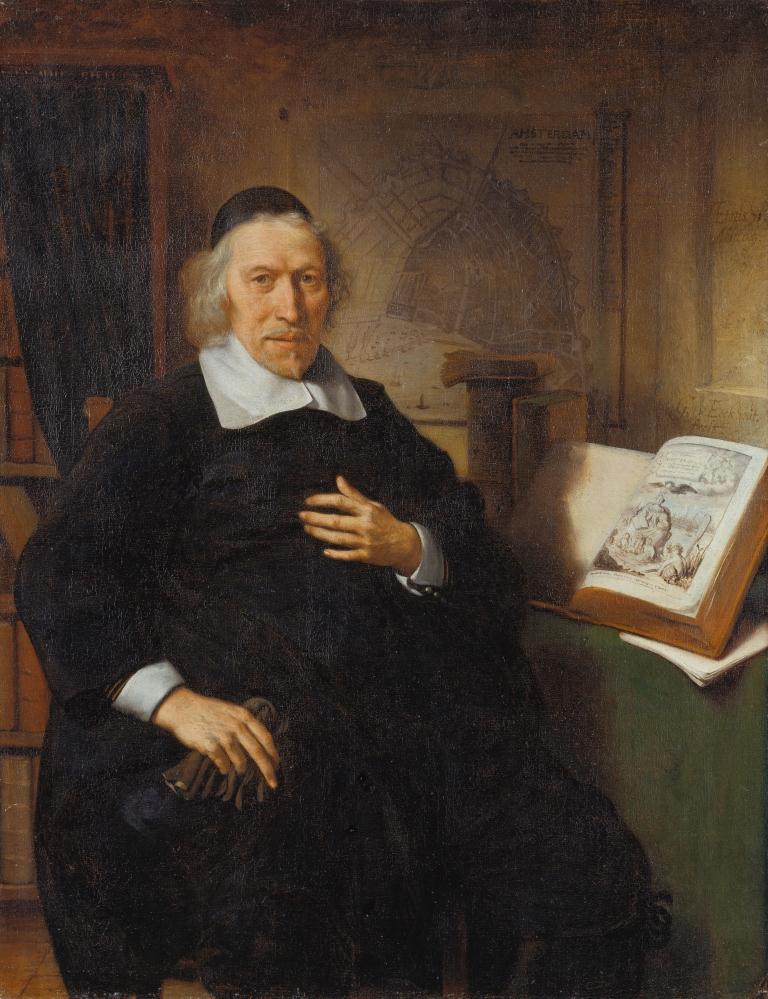 Our Zeitreise (“Time-traveling”) research project on the history of display originated from the in-depth collection research carried out at the Museum. I feel a certain pride that I will soon figure among the illustrious line of editors of the Städel Museum’s Old Master catalogues. As Jochen Sander continues his work on a new online edition of his 1993 Dutch and Flemish catalogues, I have started researching German painting after 1550. A grant from the German Research Foundation (DFG) enables me to focus on the highly significant collection of works by Adam Elsheimer and to paintings by artists such as Johann Rottenhammer and Georg Flegel, as well as numerous anonymous portraits of Frankfurt’s elite. Since Frankfurt’s Early Modern painting owes a great debt to the influence of immigrants from the southern Netherlands and trade contacts with Amsterdam, I expect to be doing a great deal of work in these areas over the next few years.

Update: As of 28 September 2016, the Zeitreise/Time Machine project is available through zeitreise.stadelmuseum.de. 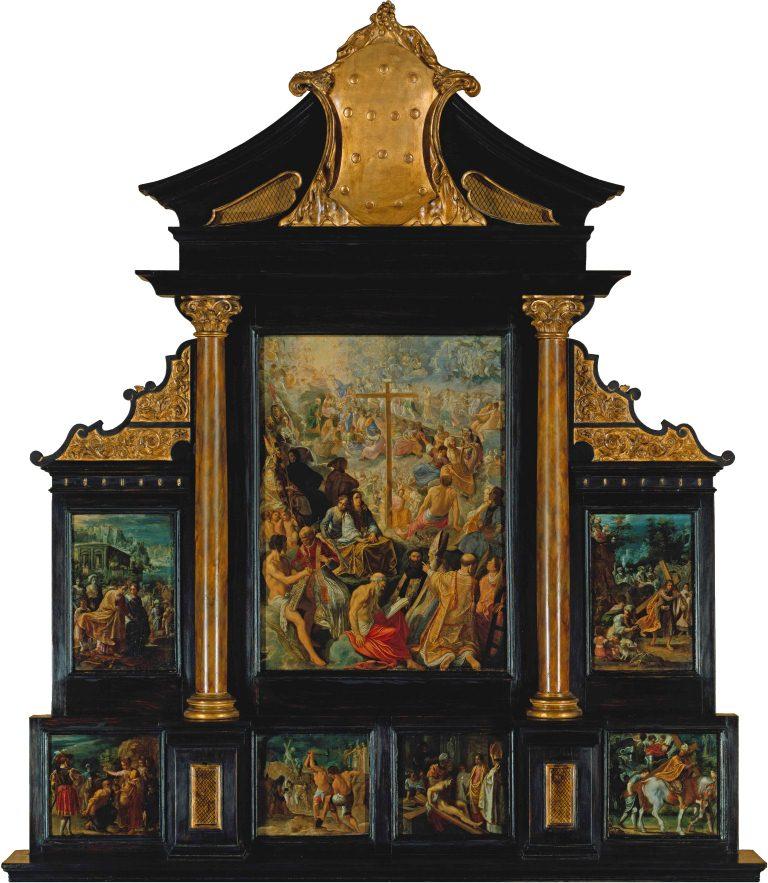