Andria Derstine is Curator of Collections and Curator of European & American Art at the Allen Memorial Art Museum (AMAM) at Oberlin College in Ohio. She has been at the AMAM since 2006 with sole curatorial responsibility (until the appointment in September 2011 of an assistant curator of Modern & Contemporary art) for the museum’s 14,000 works of art, including its very fine collection of Dutch and Flemish paintings and works on paper, many of which entered the collection under long-time Oberlin professor Wolfgang Stechow and director Charles Parkhurst. Before coming to the AMAM, Andria was an Andrew W. Mellon Fellow and then an Assistant Curator in the Department of European Art at the Detroit Institute of Arts (2002-06), working with then-Chief Curator George Keyes (an Oberlin M.A. graduate who studied with Wolfgang Stechow).

Andria received her A.B. magna cum laude from Harvard College in the field of British and French history and literature, and after working for three years in banking and consulting, attended graduate school at the Institute of Fine Arts at New York University, where she received her M.A. and Ph.D. Her work is primarily in the fields of Italian and French baroque and eighteenth-century art, and her dissertation, The French Academy in Rome, 1666-1737: Art, Society, Politics and Relations with the Accademia di San Luca, was completed under Professor Donald Posner. While at the IFA, Andria minored in Greek art and spent four happy summers excavating and working at NYU’s archaeological dig on the island of Samothrace. Despite not being an expert in Dutch and Flemish art, Andria is delighted to be a new member of CODART, and looks forward to many fruitful exchanges with other CODART members as she continues to research and exhibit the AMAM’s fine collection of Dutch and Flemish art.

This past summer Andria oversaw the reinstallation of the AMAM collection, following a renovation of almost two years. It was an exciting challenge, being able to install six millennia of art, including 250 newly displayed works. The installation comprises Ancient Near Eastern, Egyptian, Cypriot, Greek, Etruscan, Roman, Islamic, Asian and African works, as well as American and European paintings, sculptures and decorative arts from the Middle Ages to the present. The AMAM’s encyclopedic collections are used on a daily basis by Oberlin College faculty and students, as well as by the general public. In installing the collection, it was important to highlight its various aspects, not only to showcase the museum’s extraordinarily broad holdings, but also to reach the greatest number of people and to be both integral and complementary to the courses given at Oberlin College. 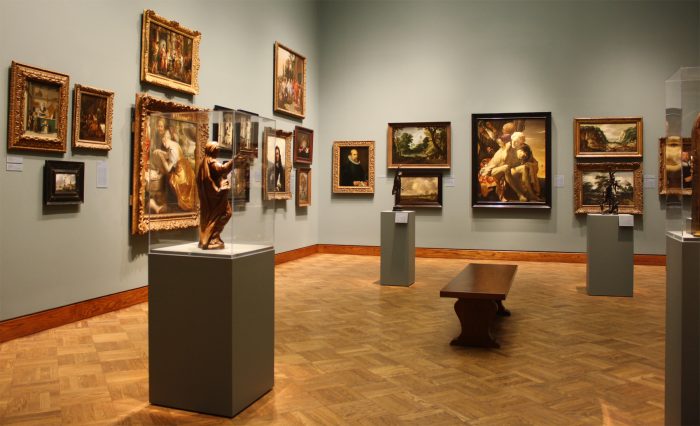 In addition to reinstalling the collection, Andria recently co-authored (with Stephanie Wiles and Charles Mason) the first general handbook to the museum’s collection, Allen Memorial Art Museum: Highlights from the Collection (2011), which includes an introductory essay on the museum’s history and entries on over 200 works. While at the Detroit Institute of Arts, she co-authored (with Ward Bissell and Dwight Miller) Masters of Italian Baroque Painting: The Detroit Institute of Arts (2005). She has also published numerous essays and articles on subjects related to French and Italian art of the seventeenth to the twentieth centuries, and has taught courses at both NYU and Oberlin. 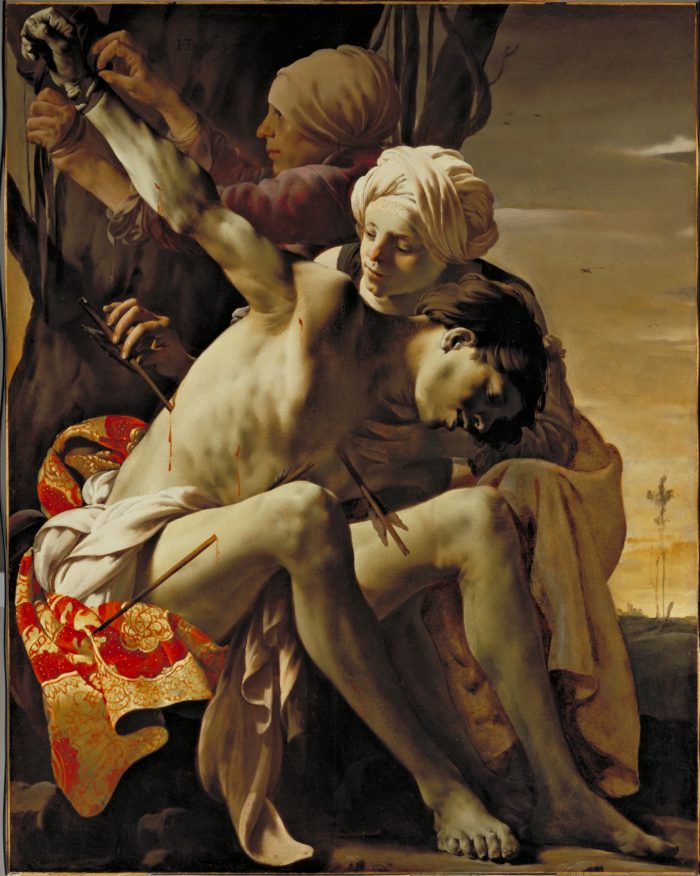 While the AMAM was closed for renovation, Andria co-curated exhibitions of masterworks from the collection at other U.S. institutions: Side by Side: Oberlin’s Masterworks at the Met (with Maryan Ainsworth and Stephanie Wiles at the Metropolitan Museum of Art in New York) and Side by Side: Oberlin’s Masterworks at the Phillips (with Renée Maurer, Eliza Rathbone and Stephanie Wiles at The Phillips Collection in Washington D.C.), Larger Than Life: Ter Brugghen’s Saint Sebastian Tended by Irene (with Arthur Wheelock at the National Gallery of Art in Washington D.C.) and AMAM Paintings, Sculptures and Miniatures at the Cleveland Museum of Art (with Jon Seydl). Before the AMAM’s renovation, Andria curated a wide range of exhibitions there on such subjects as Old Master drawings, twentieth-century drawings, French protest posters from May 1968, Andy Warhol, modern landscapes, American art since 1945 and Running the Numbers: Photographs by Chris Jordan (the artist’s first solo museum exhibition, in 2008). While at the Detroit Institute of Arts, she assisted with the installation and other work involved with the exhibitions Camille Claudel and Rodin: Fateful Encounter, Gerard ter Borch and Degas and the Dance.

Current and upcoming projects include several related to Renaissance art: the research and conservation of the AMAM’s Cleopatraby Giampietrino, a gift of the Samuel H. Kress Foundation in 1961 (with conservator Andrea Chevalier of the Intermuseum Conservation Association, a group, now in Cleveland, that was co-founded at Oberlin by Charles Parkhurst in 1952); co-teaching, together with Oberlin professor Erik Inglis, a week-long course on Renaissance art (sponsored by the Council of Independent Colleges) for professors at colleges without museums; and spearheading the museum’s installation, for the 2012-13 academic year, of thirty-six European Renaissance paintings and sculptures from the Yale University Art Gallery, through funding provided by the Andrew W. Mellon Foundation as part of a collection-sharing initiative.

The Yale works will be installed alongside the AMAM’s own Renaissance works, and will form the basis of a year of programs on the theme of “Religion, Ritual and Performance”. Andria is also continuing her research on twenty-four paintings and drawings – primarily works by artists of the School of Paris – donated to the AMAM in the 1950s and 1960s by a couple from New York, co-founders of the Maidenform company; this research will culminate in an exhibition and accompanying catalogue. She is also working towards exhibitions on the broad theme of Realism for the 2013-14 academic year. 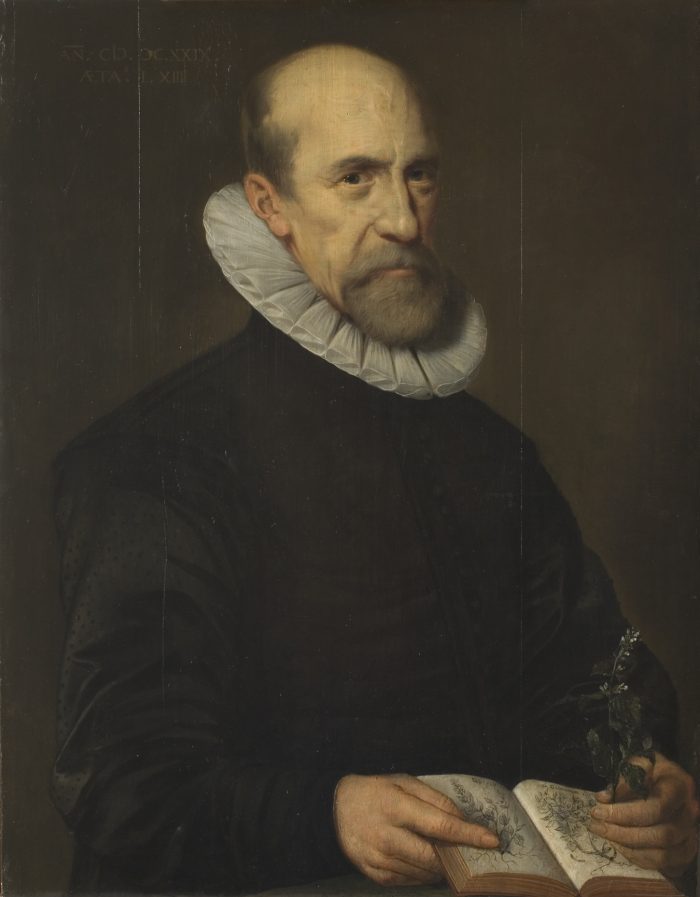 The AMAM is a jewel of a museum, whose original building, designed by Cass Gilbert, opened in 1917. An addition by Robert Venturi and Denise Scott Brown, which comprises the modern and contemporary gallery, opened in 1977. The Netherlandish, Dutch and Flemish paintings in the collection number almost sixty works and include such seventeenth-century masterpieces as Ter Brugghen’s Saint Sebastian Tended by Irene, Hobbema’s A Pond in the Forest, and Michiel Sweerts’s Self-Portrait, as well as many other seventeenth-century landscapes, portraits, genre paintings, history paintings and still lifes, and one small seascape by Bonaventure Peeters. Recently Andria worked with conservator Wendy Partridge of the Intermuseum Conservation Association on the conservation of a portrait of a Botanist (possibly Aelius Everarus Vorstius, a professor and botanist in Leiden), painted by an artist from the Circle of Michiel van Mierevelt. The research on this painting is on-going; the work was a gift of Dr. Alfred Bader in honor of Wolfgang Stechow. This painting is now on view in the gallery devoted to seventeenth- and eighteenth-century art; it hangs on a wall with the Ter Brugghen and the Hobbema, as well as works by Van Goyen, Van Dyck, De Momper and Bril. The fifteenth-century works in the collection are by Vrancke van der Stockt and the Master of St. Gudule; they are joined by sixteenth-century paintings by Michiel Coxcie, Frans Floris, Herri met de Bles (purchased under former curator Marjorie Wieseman, now Curator of Dutch Paintings at the National Gallery, London), Karel van Mander and Maerten van Heemskerck. Drawings by Dutch and Flemish artists in the collection include those by Richard Brakenburgh, Bartholomeus Breenbergh, Jan van Goyen, Maarten van Heemskerck, Philips Koninck, Peter Paul Rubens, Hans Speeckaert, Herman van Swanevelt, Willem van de Velde the Younger, David Vinckboons, Thomas Wijck, and Jacob de Wit, among others, as well as two mid-seventeenth-century sketchbooks by Wilhelm von Bemel and Vincent Laurentsz van der Vinne. The museum’s collection also includes a small but very fine group of works by artists of the Hague School (Mauve, Weissenbruch, Israëls and Maris), as well as an early painting by Mondrian, Brabant Farmyard, of 1904.

Among her favorite works in the collection Andria cites – perhaps not surprisingly – the museum’s acknowledged masterpiece, Ter Brugghen’s Saint Sebastian Tended by Irene. A strikingly sensitive vision of physical suffering, its emotive powers are heightened by its monumental pyramidal composition, strong diagonals, powerful chiaroscuro, and the contrast between the scale of the figures and the desolate landscape seen under an orange glow in the background. While many believed that the great art historian Wolfgang Stechow was responsible for bringing this painting to Oberlin, Andria discovered through correspondence that in fact it was the museum’s director, Charles Parkhurst (who earned his M.A. from Oberlin in 1938 and served in World War II as a “Monuments Man,” charged with tracking down works of art lost or stolen during the war), who discovered the painting at a New York dealer’s in 1953 and recommended its purchase. Andria is delighted to share magnificent and irreplaceable works of art such as this with the students and faculty at Oberlin, as well as with the general public, through tours, talks, publications and exhibitions, and hopes in the coming years to connect and collaborate with the broad group of scholars in CODART. 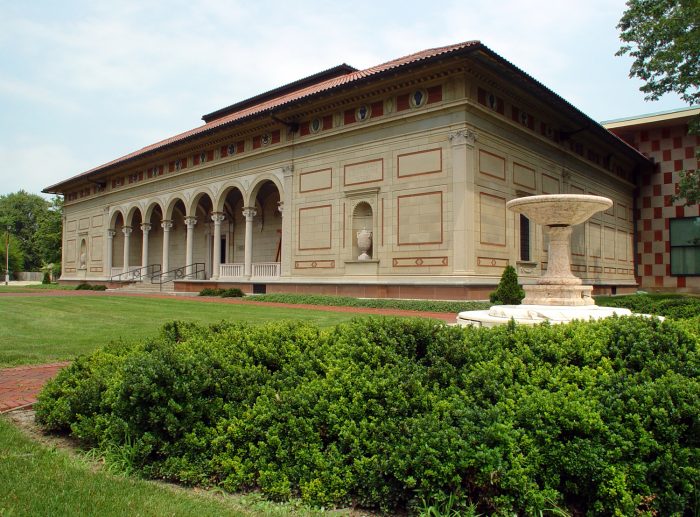