As of 1 November 2008, Anna Tummers is curator of old masters at the Frans Hals Museum in Haarlem. Previously, she worked as a lecturer and research associate at the University of Amsterdam (2003-08), as curatorial assistant to Arthur Wheelock in the department of northern baroque painting at the National Gallery of Art in Washington D.C. (2000-03), and as research assistant at the print room in Windsor Castle (1999-2000). She has collaborated on various exhibitions, including Aelbert Cuyp (Washington D.C., Amsterdam and London 2001-02), Five centuries of trompe-l’oeil painting (Washington D.C. 2002-03), Rembrandt’s late religious portraits (Washington D.C. and Los Angeles 2004-05), and Gerard ter Borch (Washington D.C. and Detroit 2005). 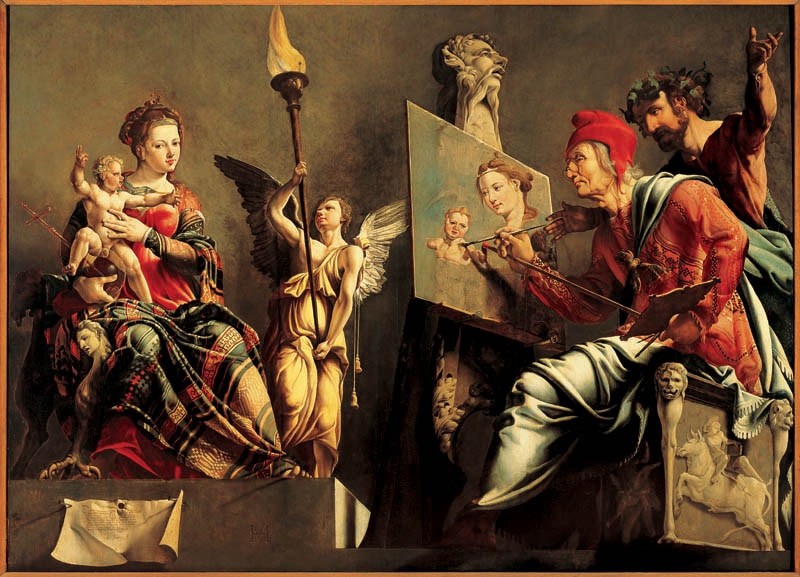 It is a privilege to work closely with so many great masterpieces. In particular, I cannot get enough of Frans Hals’s virtuoso brushwork, but there are many spectacular and somewhat lesser known pieces in the collection too – such as Maerten van Heemskerck’s Saint Luke Painting the Virgin (1532). An American private collector told me recently that he would be willing to exchange his entire collection of paintings (including a wonderful Frans Hals) for this one masterpiece by van Heemskerck. Indeed it is a very impressive painting, all the more so when you realize how early it was made. van Heemskerck created the work just before travelling to Rome, which was a risky undertaking at the time. He could not be sure that he would survive the journey; this could have been his very last work (the painted note in the foreground asks viewers to pray for him). He must have made it with an extraordinary concentration – it is by far his best work. I like how powerfully suggestive and well thought-through it is. The subject is based on a medieval legend. Saint Luke reputedly had the opportunity to paint Mary and Christ from life – which made him the protection saint of painters. In van Heemskerck’s painting, Mary and Christ look gentle yet majestic. He gave them postures which look appealing both from the front and from the side (in the painting within his painting). Moreover, Saint Luke’s wrinkled face does not only make this saint look seasoned and experienced but also enhances the youthful appearance of Mary and Christ. Besides, van Heemskerck cleverly used color to create a sense of unity, limiting his palette to three main colors and highlighting his main figures with powerful red accents. Even secondary elements are done with the utmost care. The stone relief (which helps the viewer to identify Luke) does not show the saint in a conventional pose with the ox (his attribute) at his side.

Instead, van Heemskerck depicted the saint while riding the ox, which attempts to shed him off. Similarly, he used a seemingly unimportant detail, Mary’s toe, to create a powerful sense of spaciousness by making it stick out over the stone pedestal and giving it a strong cast-shadow. The figure in the background at the right is a personification of the art Poetry (recognizable by the ivy wreath) as if to say: painting is based on a poetic invention. According to van Heemskerck’s earliest biographer (Karel van Mander) this figure looks just like van Heemskerck did at the time. Perhaps he deliberately included a self-portrait. He must have taken much pride in this invention. To truly appreciate the painting, one should look at it from below. It was presumably meant to hang high up in the Saint Bavo Church in Haarlem. Such a low viewing point greatly enhances the sense of spaciousness and would have also softened the tonal contrasts somewhat. 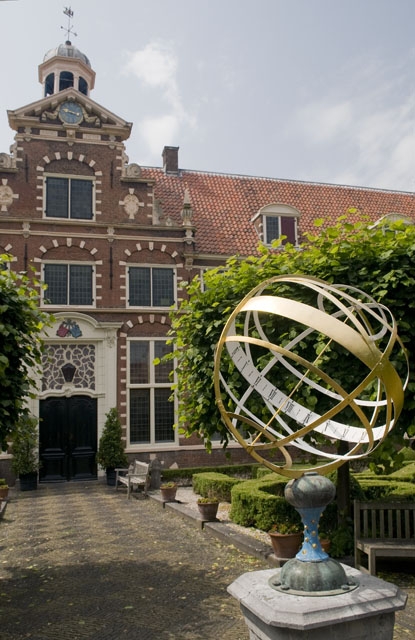