Annette de Vries received her degree in history from Leiden University in 1986. She subsequently worked as a policy advisor for the Vereniging van Nederlandse Gemeenten (Association of Dutch Municipalities, 1986-1990) and manager for the city of Rotterdam (1990-2002). She specialized in socio-economic policy, harbor policy and education. De Vries began her PhD research in art history and cultural history in 1997 and received a research grant from the Nederlandse Organisatie voor Wetenschappelijk Onderzoek (Netherlands Organization for Scientific Research) and the Amsterdams Centrum voor Studie van de Gouden Eeuw (Amsterdam Centre for the Study of the Golden Age). She defended her doctoral thesis Ingelijst Werk. De verbeelding van arbeid en beroep in de vroegmoderne Nederlanden (Framed Work. The representation of labour in the early modern Low Countries) at Amsterdam University in 2003 (Waanders Publishers 2004), and subsequently held a post-doctoral research position in late medieval and early modern visual culture at the Faculty of Arts, Groningen University from 2004-2008. Her fields of interest are visual culture, the representation of the artist in Netherlandish art and the history of collections, and she has published on Antwerp gallery paintings by Frans Francken the Younger (2010), Pieter Bruegel the Elder (2008), the pictorial motif of Saint Luke painting the Virgin (2008) and Hendrick Hondius’ series of artists’ portraits (forthcoming). In 2008-2009 she taught iconography at the Free University of Brussels. 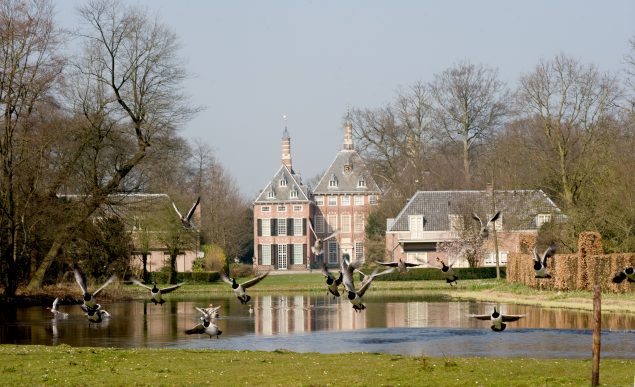 De Vries was appointed curator at Kasteel Duivenvoorde in Voorschoten in 2008. There, she has organized the exhibitions Tijdloos Trendy. Modern licht op interieur en collectie van Duivenvoorde (Timeless Trendy. Modern light on Duivenvoorde’s interior and collection) (2010) and Fashioning Nature. Bloem- en diermotieven (Fashioning Nature. Flower and animal motifs) (2011). As part of Stichting Duivenvoorde’s (the Duivenvoorde Foundation’s) 50th anniversary she has edited a new book on the castle’s history and collection (Waanders Publishers 2010). Her present research focuses on the prominent Steengracht van Duivenvoorde collection of Old Master and 19th-century paintings housed in The Hague and in Kasteel Duivenvoorde, which was sold in 1913. This project will result in an exhibition (opening in April 2012) and a publication on the Steengracht collection (partly in cooperation with the Mauritshuis, The Hague). Annette de Vries is on the board of the Historic Houses of the Nederlandse Museumvereniging (The Netherlands Museum Association). 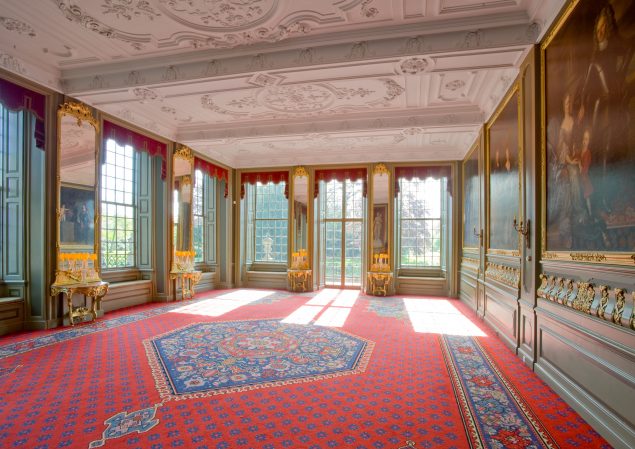 Kasteel Duivenvoorde is located near Voorschoten, a village between The Hague and Leiden. It is surrounded by an English-style garden and farmlands (in total 264 acres). The castle dates from the mid-13th century when a large square tower was built on the edge of a dune and surrounded by a moat. Traces of this tower are still visible in the present entrance hall. The castle’s current appearance dates from 1631 when Johan van Wassenaer van Duvenvoirde (1577-1645) gave it a U-shape. The castle was modernized in the early 18th century by Arent IX van Wassenaer (1669-1721) and his wife Anna Margaretha Bentinck, who created the Great Hall or Marot Room, named after Daniel Marot, the French born architect and designer who probably designed it. The Marot Room houses a portrait gallery of the Van Wassenaer family with paintings by Theodoor Netscher and Gerard van Honthorst. In the 19th century, Nicolaas Johan Steengracht (1806-1866) and his son Hendricus Adolphus Steengracht (1836-1912) introduced various changes in the interior, which can still be admired today. The castle was extensively renovated in the mid-20th century under the supervision of restoration architect Elias A. Canneman.

Kasteel Duivenvoorde is one of the few castles in the Netherlands to have always stayed in the same family (from 1226, when it was first time documented, until 1960, the year when the Stichting Duivenvoorde was founded). It passed from father to son in the Van Wassenaer family for five centuries, and thereafter devolved through the female line of the Torck, Neukirchen genaamd Nyvenheim, Steengracht (19th century) and finally Schimmelpenninck van der Oye (20th century) families. Until 1917 the castle was used as a summer residence; the owners lived in The Hague during the greater part of the year.

Thanks to the continuity of its ownership, the castle still has much of its original furnishings and a considerable part of the art collection, highlights of which include the family portraits (by, among other artists, Jan Mijtens, Cornelis Jonson van Ceulen, Adriaan Hanneman, Willem van Mieris, and Philip van Dijk), European and Asian ceramics, silver and books. In addition to the family portraits, the castle boasts various 17th-century and 19th-century paintings. They are Annette’s favorite works of art, particularly because they tell the story of an intriguing private collection which is now scattered all around the world.

In 1875 Hendricus Adolphus Steengracht van Duivenvoorde inherited a famous collection of Old Master and 19th-century paintings from his uncle Hendrik Steengracht van Oosterland (1808-1875). The Steengracht Gallery, as it was called, was housed at 3 Lange Vijverberg in The Hague, and was open to the public from 1823 onwards. Travel guides recommended that it was “not to be missed by admirers of the Old Masters” and praised it as “the finest collection of Old Masters after the Mauritshuis”. Kasteel Duivenvoorde’s visitors books from the year of its opening (1823) until the eve of the sale of the collection at Gallery Georges Petit in Paris in 1913 have been preserved. In 1913 the collection consisted of 165 paintings, not including the works at Duivenvoorde. 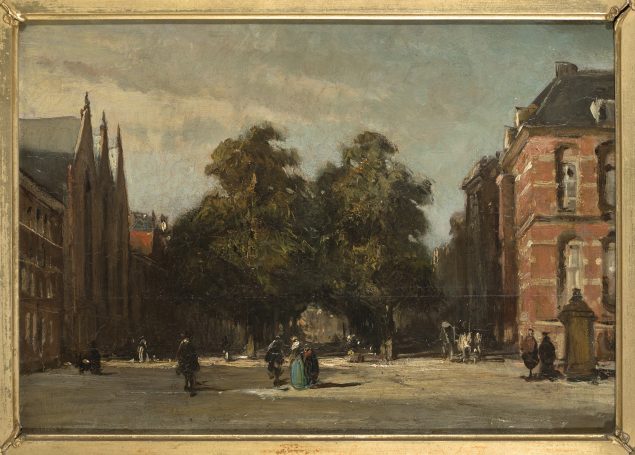 The roots of the Steengracht collection lie in the second half of the 18th century when Hendricus Adolphus Steengracht’s great-great grandparents, Johan Gualtherus van der Poort (1713-1784) and Johanna Susanna van de Mandere (1714-1793), began collecting Old Masters. The library of Kasteel Duivenvoorde holds a handwritten inventory from 1793 listing more than 40 Old Master paintings by Jan Steen, Isaac van Ostade, and David Teniers the Younger, among others. The collection was enlarged substantially by their grandson, Johan Steengracht van Oostcapelle (1782-1846), who was the first director of the Mauritshuis. After his death it was divided among his children, but the largest part went to the above-mentioned Hendrik Steengracht van Oosterland. He added mainly paintings by French artists, such as Jean-Louis-Ernest Meissonier and William-Adolphe Bouguereau. His heir, Hendricus Adolphus Steengracht, expanded the collection further with paintings by masters of the 19th-century Dutch Romantic School (Samuel Verveer, Marie ten Kate, Alexander Hugo Bakker Korff), the Barbizon School (Theodule Ribot, Antoine Vollon, Narcisse V. Diaz) and the Hague School (Johannes Bosboom, Willem Roelofs, Jozef Israels). Although Steengracht van Duivenvoorde’s taste was fairly conventional he was nevertheless an interesting figure in the art world of his time. In his will he stipulated that his house at 3 Lange Vijverberg, including all of the paintings, should be sold. Part of his collection of 19th-century paintings at Duivenvoorde was sold in 1965.

Annette de Vries is trying to reconstruct the Steengracht collection on the eve of its auction in 1913. The sales catalogue was richly illustrated with prints of almost all of the Old Master paintings and a few of the 19th-century ones. To date, close to half of the works have been located in private or public collections. In addition to reconstructing the Steengracht collection, De Vries is placing it within the context of the history of 18th- and 19th-century collecting in general and the Steengracht’s family history in particular. She sheds new light on the collecting strategy of its last owner, Hendricus Adolphus Steengracht van Duivenvoorde.