I was appointed Curator of Early Netherlandish, Dutch and Flemish Drawings and Prints at the Albertina in 2012, after the retirement of my colleague Marian Bisanz. In addition, I am currently substituting for a colleague responsible for Austrian art of the twentieth century, which is one of my other research interests. One of the largest and finest collections of graphic art in the world, the Albertina is a treasure trove for anyone concerned with drawings and prints. The collection derives its name from its founder, Prince Albert Duke of Saxe-Teschen (1738-1822) – son-in-law of the Austrian Empress Maria Theresa – who, by the time of his death in 1822, had assembled almost 14,000 drawings and 200,000 prints. When Austria became a republic in 1918, after the First World War, the ducal collection was nationalized, merged with the print collection of the former Court Library and transformed into a museum. Albert’s heirs and all subsequent directors of the Albertina have continued the work of enlarging the collection, which now comprises over 50,000 drawings, nearly one million prints and more than 100,000 photographs. Because works of art on paper are sensitive to light, they are exhibited only in temporary exhibitions; since 2009 the Albertina has also presented a permanent exhibition of paintings – ranging from Impressionism to contemporary art – on permanent loan from the Batliner Collection. 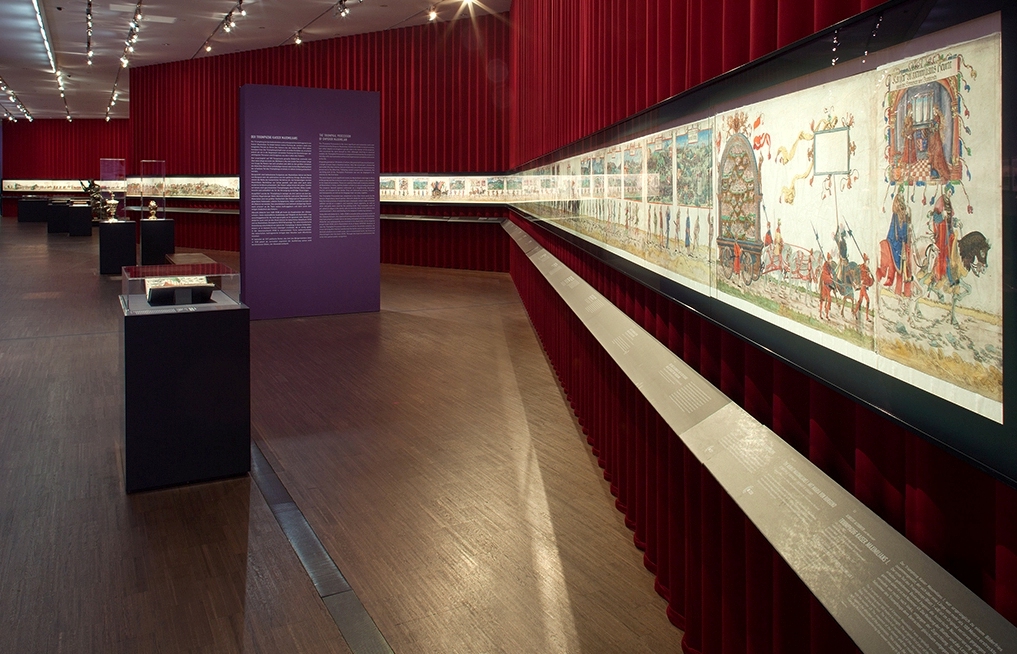 In my current position, I am responsible for almost 4,000 drawings and over 100,000 prints dating from the fifteenth to the nineteenth century, including a precious series of drawings depicting the twelve apostles from the workshop of Jan van Eyck, Jheronimus Bosch’s Treeman, more than forty drawings by Rembrandt and some charming portraits of Rubens’s family, to name but a few.

After my studies in art history at Vienna University, I gained experience in the graphic arts by participating in a research project on early Netherlandish drawings at the University of Vienna from 2004 to 2010. No more than several hundred Netherlandish drawings from the fifteenth century survive worldwide, and many of them have never been studied in detail. Working on these rare, previously unstudied drawings – including silverpoint drawings by Gerard David and a group of drawings by Dieric Bouts and his circle, some of which I was able to assign to this workshop for the first time – was a very special experience, and it paved the way for my future career.

In 2010 I was appointed curator of the exhibition Emperor Maximilian I and the Age of Dürer at the Albertina, which focused on the Triumphal Procession, one of Maximilian’s largest and most important commissions. The woodcut series executed from 1516 by Hans Burgkmair and others was intended for broader distribution, but it was preceded by a luxury manuscript edition of the Triumphal Procession – consisting of colored pen drawings on vellum, made by the German artist Albrecht Altdorfer and his workshop around 1512-15 – produced for the Emperor’s personal possession. The procession as depicted never took place in reality; rather, it is an idealized review of the most important persons and events in the life of Maximilian (1459-1519). Joined together to form a frieze, the complete cycle of 109 large-format painted parchments must originally have been more than one hundred meters in length. Only the second part – measuring more than fifty-four meters – has been preserved and now belongs to the Albertina; the lost first part is known only from two copies made in the early seventeenth century. I was entrusted with the scholarly research on this work, once again discussing its attribution. My engagement with the Triumphal Procession brought unexpected insights into Altdorfer’s workshop practice, and I was able to demonstrate the impact exerted on the conception of the miniatures by illustrated chronicles and contemporary entry pageantry – familiar to Maximilian through his marriage to Mary of Burgundy. I especially enjoyed collaborating with my colleagues in the Albertina’s conservation department; we spent weeks together studying the material. All the remaining parchments underwent conservation treatment, which allowed us to present – for the first time since Maximilian’s day – the remaining part of the Triumphal Procession at its full length of fifty-four meters, placed like a diagonal axis through the center of the exhibition space. Starting my career at the Albertina with such an extraordinary project was both a challenge and a dream come true. 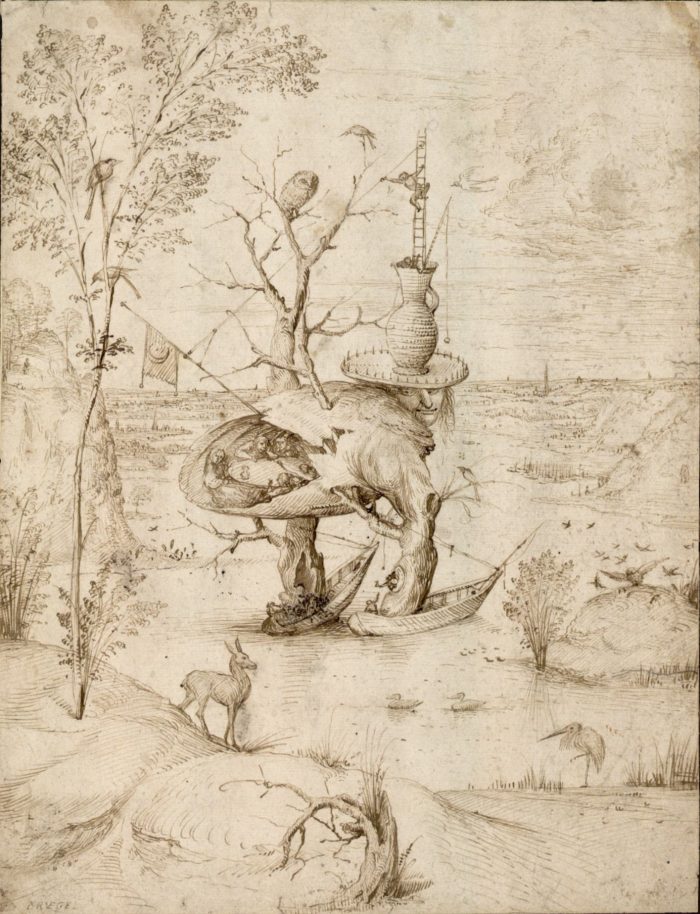 To mark the tenth anniversary of the reopening of the Albertina after its renovation in 2003, we mounted an exhibition of the highlights of our early Netherlandish, Dutch and Flemish drawings. It is possible that some of these works were purchased in the Netherlands, as Duke Albert and his consort, Archduchess Marie Christine (1742-1798), acquired many works by Dutch and Flemish masters during their governorship of the Austrian Netherlands from 1781 to 1792, before settling in Vienna in the palace that now houses the Albertina.

In the course of the exhibition The Origins of the Albertina, on display from March to June 2014, I studied the history of Duke Albert’s collection, which provided me with enriching insights into the history of collecting prints and drawings in the eighteenth century. During preparations for the exhibition, some of Duke Albert’s letters, dealing with the origins of his collection, came to light. The Albertina was able to acquire these previously unknown letters, and I was privileged to be able to read, transcribe and translate the correspondence from French and Italian into German. The letters exchanged by Albert and the imperial ambassador Count Giacomo Durazzo (1717-1794) in Venice bear witness to their regular correspondence between 1774 and 1781 about acquisitions and their ideas on how the ducal collection was to be structured. This throws a completely new light on the impact of the Duke himself: until now it seemed that Albert had merely been the passive recipient of a collection compiled by Durazzo, which formed the rootstock of his later acquisitions. The letters, however, testify to his keen interest in systematizing his holdings. All important acquisitions were reported immediately to the Duke, who also kept a critical eye on the prices. 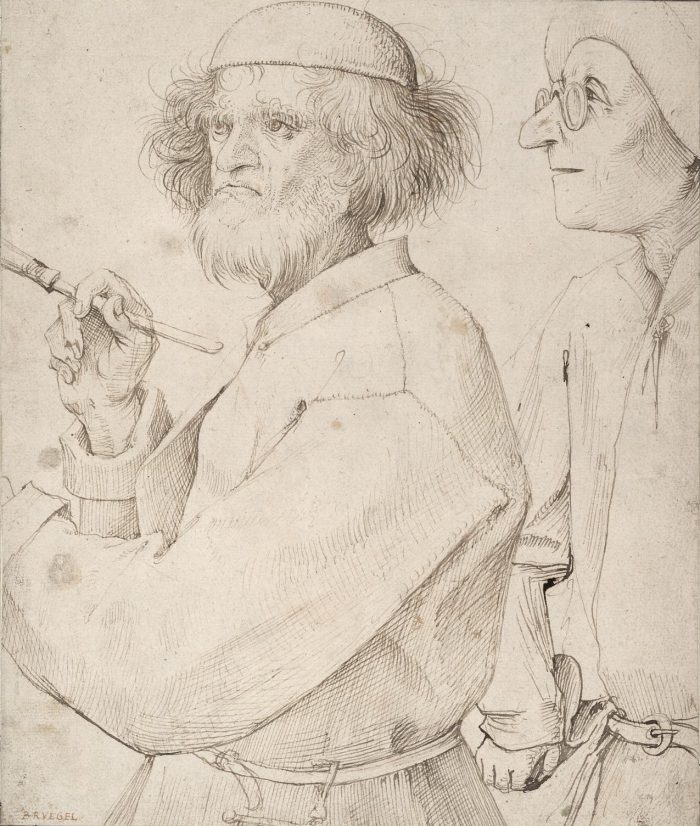 What makes Albert’s collection so impressive is the large number of world-famous master drawings, such as Albrecht Dürer’s Hare. To make the collection of the Albertina easily accessible to the public, we are continuously working on a new collection website, which, at the moment, provides online access to more than 61,000 works of art. Recently we were able to put all of our Rembrandt prints online; the next step is to make our early Netherlandish prints of the fifteenth century available on the website.

To share my experiences during my work at the museum, I enjoy teaching in the Department of Art History at Vienna University, which gives me an opportunity to provide students with a deeper understanding of drawing and printing techniques as well as insights into the planning and realization of exhibitions.

Given the size of the Albertina’s holdings, it hardly seems possible for a curator to engage with every part of the collection to an equal degree – a task at once challenging and intimidating. While the highlights of the Dutch and Flemish masters have been included in several exhibitions and are also often requested as loans, large numbers of works are still waiting to be discovered and researched. The eighteenth-century Dutch and Flemish drawings, for example, have never been published in a scholarly catalogue; the large group of works by Rembrandt’s circle needs to be reviewed and reassessed; and many of our Netherlandish drawings of the fifteenth and sixteenth centuries were last published in Otto Benesch’s catalogue of 1928. My personal ambition for the near future is to take that as a starting point for a research project on Pieter Bruegel the Elder. The Albertina owns at least six drawings by his hand, such as the unique and ironic Painter and Buyer, as well as several problematic attributions and the complete printed œuvre.

I consider it a great privilege to work so closely with artworks on a daily basis. Drawings – with their intimate formats and delicate nature – allow, more than any other media, an immediate encounter with the artists at work, with their techniques and ideas, and therefore provide fascinating insights into their workshop practice. Consequently, opening a new box or album is always an adventure.