Gerlinde Gruber has been the curator for Flemish Baroque paintings at the Gemäldegalerie (Picture Gallery) of the Kunsthistorisches Museum in Vienna since 2006. She studied art history at the University of Vienna, where she wrote her master’s thesis on the tapestry making at Fontainebleau under the French King Francis I. Her choice was inspired by an internship at the Kunsthistorisches Museum under Rotraud Bauer (Kunstkammer). Gruber wrote her doctoral thesis on the Austro-Italian genre painter, Giacomo Francesco Cipper (1664-1736) also known as “Il Todeschini” who covered an abundance of Nordic visual themes in monumental works, of which one example is a four meter long painting based on an engraving by Jan Baptist de Wael. After two years spent researching her doctoral thesis in Milan (Università Cattolica del Sacre Cuore), she spent one and half years in Florence (Fondazione di storia dell’ arte Roberto Longhi) where she researched the use of prints in genre painting and also worked on the exhibition Da Caravaggio a Ceruti. la scena di genere e l’immagine dei “pitocchi” nella pittura italiana at the Santa Giulia museum in Brescia. She went on to work on the building of a database for the collection of drawings and provenance research (1999 to 2001) at the Albertina museum in Vienna. In 2001 she switched to the Kunsthistorisches Museum, where she was, at first, responsible for Dutch Baroque painting (a position since assumed by Sabine Pénot) and the building of a digital database of the Picture Gallery’s collection. 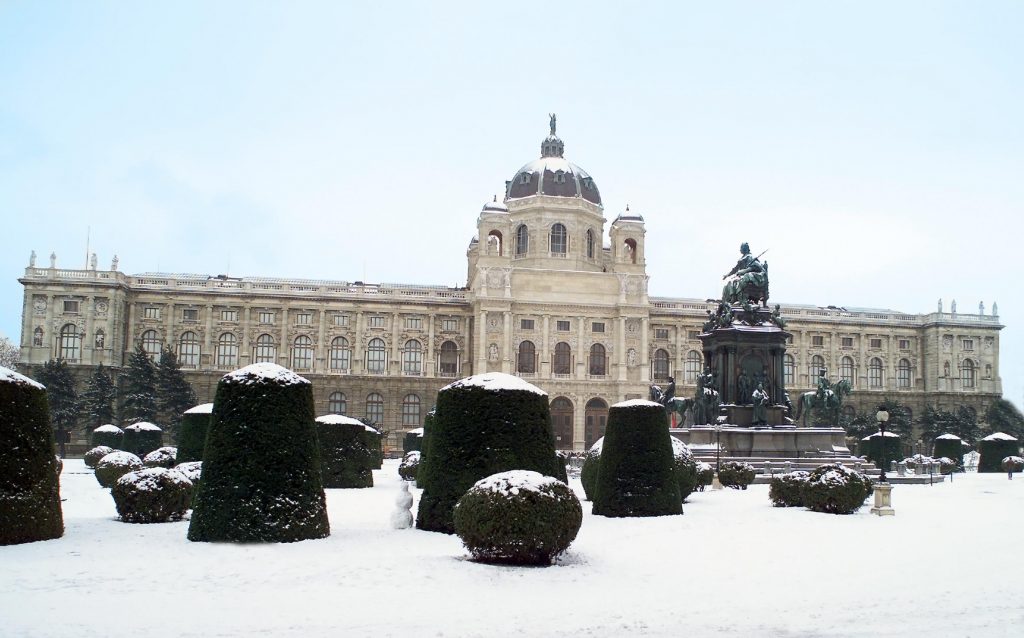 Curator at the Kunsthistorisches Museum (KHM)

My work on the exhibition Rubens in Vienna (2004) gave me the opportunity to take a very close and thorough look at Rubens and the Flemish Baroque – both strong points of the collection that owes its standing and diversity to the personal preferences and interests of various figures from the House of Habsburgs, including Emperor Rudolf II (who reigned from 1576-1612) and Archduke Leopold Wilhelm (1614-1662). The latter was an important patron of Flemish artists of his day while he was governor of the Southern Netherlands. In addition to the large collection of works by Rubens and Van Dyck, which were mainly acquired in the 18th century (for example, the Ildefonso Altar) Vienna also has, thanks to Leopold Wilhelm, a wide and varied range of very good paintings by the generation of artists after Rubens.

His collection included, for example, four paintings by Michaelina Woutiers, including the unusual Triumph of Bacchus. The huge dimensions of this work makes permanent display problematic. When the museum was built in the 19th century, it was assumed that the paintings would be hung very densely, almost completely covering the walls – something that has long gone out of fashion.

Last year, the exhibition Sensual, female, Flemish – Rubens and his circle’s images of women gave me the opportunity of exhibiting this masterwork by Michaelina together with other rarely shown paintings from our Flemish Baroque paintings collection and to confront it with several reference works by Rubens and Van Dyck. Michaelina’s Triumph of Bacchus drew much interest from the press and public in addition to Rubens’ works. Together with Katlijne Van der Stighelen (Katholieke Universiteit Leuven) and Sabine van Sprang (Musée des Beaux-Arts, Brussels), I would like to devote an exhibition to Michaelina. Her fine oeuvre, which covers all painting genres, is still far too unknown even among art historians. 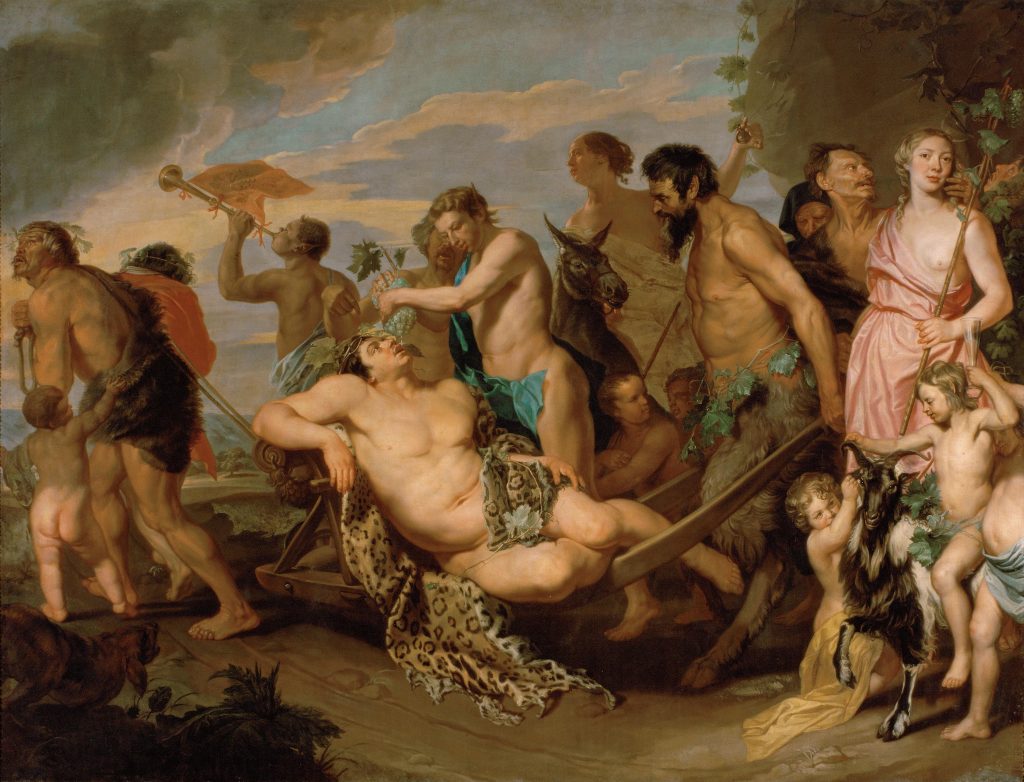 As the curator of the Picture Gallery, scientific work on the collection is a prominent part of my job. Our restoration workshop and scientific laboratory allow us to examine the works using technology in-house. Being able to examine the original works is very special: it is always exciting to look at the back of a work and see panel maker marks, collector’s marks and old inventory numbers. Researching the historical backgrounds of the collection is also an aspect: over the centuries, the collection has undergone numerous changes and expansions and also suffered losses.

The Habsburgs spread their collections over various palaces and castles, for example, in Vienna, Prague and Ambras. Depending on the wishes of the particular ruler and the importance of the particular location, paintings were presented to the official imperial galleries, chambers of art or treasuries. It was, however, also possible for works of art to be used for the decoration of private areas. Information was often lost as a result of these transfers of paintings. For example, during the reign of Maria Theresia, the painter and origin of a portrait of Archduke Leopold Wilhelm had already been forgotten and it was sent from Vienna to Ambras. There it was added to the portrait collection of Archduke Ferdinand II of Tyrol where it became just one of more than a thousand small sized portraits. When it was sent back to Vienna in 1806 as part of the Ambras collection, nobody knew that it was a painting from Leopold Wilhelm’s collection, which had been catalogued as a Gonzales Coques in 1659. By reconstructing the travels of this small portrait, I was able to use the inventory from 1659 to “document” that it had been painted by Coques, since the inventory drawn up by Anton van der Baren is usually very reliable when it comes to Flemish Baroque painting. Since then, Coques’ small copper engraving is no longer displayed as one of Ferdinand’s gallery of little portraits, which can be seen in the Coin Cabinet at the Kunsthistorisches Museum, but in the Teniers Cabinet of the Picture Gallery, where the rather private image of the Archduke contrasts with his more regal portraits.

Today, paintings are moved for exhibitions, scientific investigations or restoration. As we do not want to have empty spaces, this gives us an opportunity each time to display new combinations of paintings, giving new insights by placing them next to each other. Personally, this gives me great pleasure. 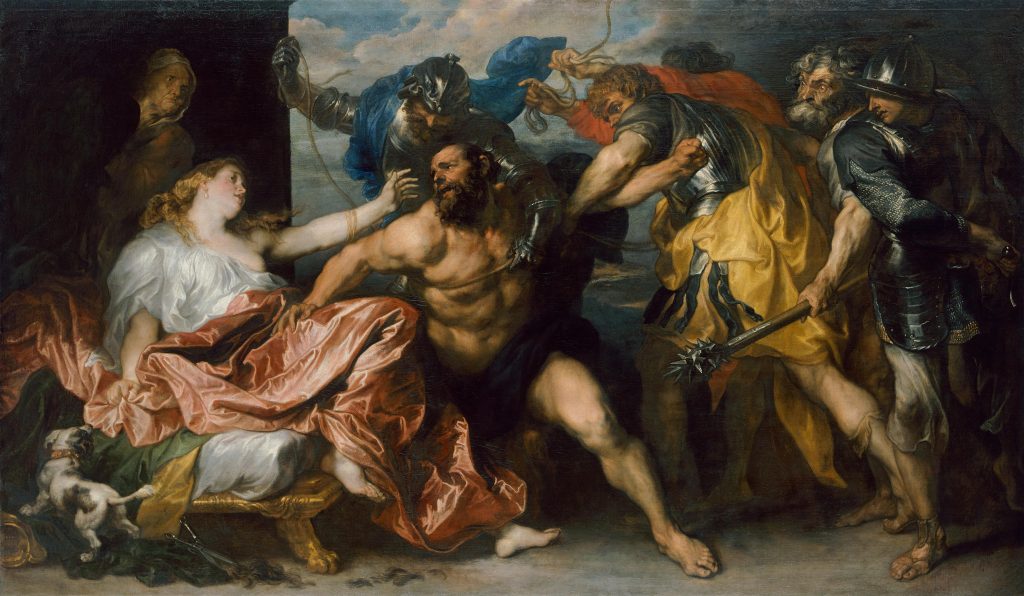 Selected work from the collection

There is a painting that is very special to me, since, in a way, it opened the door to Flemish Baroque painting for me. Even while I was studying, when I focused mainly on Italian art, I kept on going to this work: Anthony van Dyck’s The taking of Samson, also from Leopold Wilhelm’s collection. This painting illustrates the moment when Samson discovers Delilah’s betrayal, but has not yet realized all its consequences. His mighty body, reminiscent of the Laocoön group, is resisting capture, however. His left hand is clenched in a fist in defense, but his right hand still rests gently on Delilah. His pained face is turned to her, not to the soldiers. Samson’s inner conflict is evident in every fiber of his body.

Delilah’s pose towards him is anything but unambiguous. Although the gesture of her left hand has something dismissive, it forms a line with Samson’s arm movement and is, at the same time, very close to his face, as if she had touched it gently just a moment before. Delilah’s right hand is grabbing the red cloth, and thus also the bed, as if she has to force herself to remain where she is, obviously fighting an inner battle. It is telling that she is avoiding making direct eye contact with Samson.

In the painting, Van Dyck translates Titian’s achievements into a very sensual, theatrical Baroque language and masterfully combines them with Rubens’ ideas. This creates a highly emotional drama, which leaves an impression on the viewer at different levels using colors, dynamics, contrasts and psychology.

It is a privilege for the curator to have direct contact with, and to work with, such impressive paintings; working together and sharing thoughts with colleagues is another especially stimulating aspect of the job which I would not like to do without.