Het Loo Palace is located in the heart of the Netherlands, on the outskirts of Apeldoorn. It was originally built in 1686 as a hunting lodge for Stadtholder William III of Orange and his wife, Mary Stuart (Queen Mary II of England). After William III became king of England, Scotland and Ireland, he decided to have the lodge transformed into a magnificent palace with formal gardens. The interior design and decoration of the palace were largely left to the French architect Daniel Marot. The palace has been open to the public since 1984.

The palace’s collection contains over 160,000 objects, which may be divided into several sub-collections: paintings, sculptures, furniture, arts and crafts, textiles and costumes, drawings, prints and photographs, insignia and decorations, books, and royal carriages and other vehicles. In addition to its own collection, the palace has received items and collections on loan from organizations such as the Foundation for the Historical Collections of the House of Orange-Nassau, the Royal Collections, the Orange-Nassau Historical Society, the Foundation for the Preservation of the Museum of the Chancery of Dutch Orders, as well as from private collections. In addition, Het Loo Palace manages part of the National Plant Collection. A team of eight curators, under the leadership of a chief curator, cares for these diverse objects. I joined the museum in March 2015 as curator of paintings, prints and drawings. 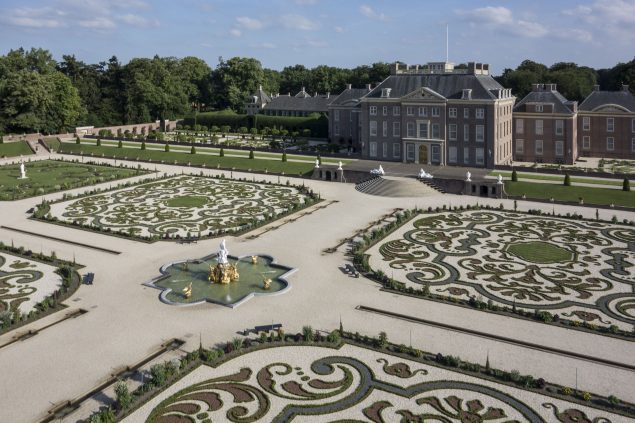 After graduating in art history from Utrecht University, I worked for the RKD – Netherlands Institute for Art History, the Radboud University of Nijmegen, and the University of Amsterdam. My PhD Penseelprinsessen & broodschilderessen (roughly ‘Paintbrush princesses and Professional Women Painters’), completed in 2012, focuses on the position and practices of Dutch women artists in the nineteenth century. My first encounter with Het Loo Palace took place while I was working on this thesis. One of the results of the research was the exhibition Paintbrush princesses, which I curated for both Het Loo Palace and the Mesdag Collection in The Hague. The exhibition at the Mesdag Collection focused on the practices of professional women artists. The event in Apeldoorn, on the other hand, displayed artworks by talented dilettantes, including many female members of the Royal Family, such as Wilhelmine of Prussia (the wife of King William I of the Netherlands), Anna Pavlovna of Russia, and Queen Wilhelmina. While preparing these exhibitions I became acquainted with the collections of Het Loo Palace. I worked closely with the curator of paintings, prints and drawings – and CODART member – Marieke Spliethoff. In my eyes, she had a wonderful job. Little did I know that I would follow in her footsteps when she retired in 2015. 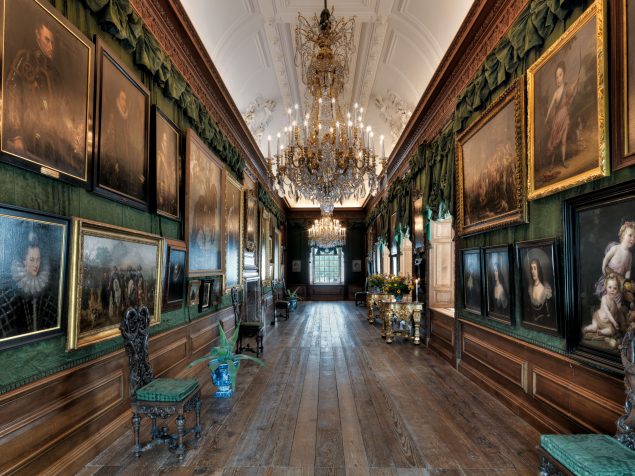 Paintings gallery in the palace

The museum’s collection of paintings, prints and drawings is vast and diverse and revolves around the Orange-Nassau family and the palace itself. Its sheer variety delights me. The nucleus of the collection is made up of work by Dutch artists of the seventeenth, eighteenth and nineteenth centuries – including paintings by Gerard van Honthorst, Paulus Moreelse and Jan Davidsz. de Heem. There are also seventeenth-century prints by Romeyn de Hooghe and nineteenth-century watercolors by Dutch artists such as Charles Rochussen and Anton Mauve. Especially stunning is the album of Queen Sophie, the first wife of King William III. It contains 45 drawings and watercolors that the queen collected as mementoes of the houses in which she lived and the places she visited. The nineteenth-century drawings, which are by Dutch and German artists, are in excellent condition thanks to having been kept permanently in the album without much exposure to daylight. 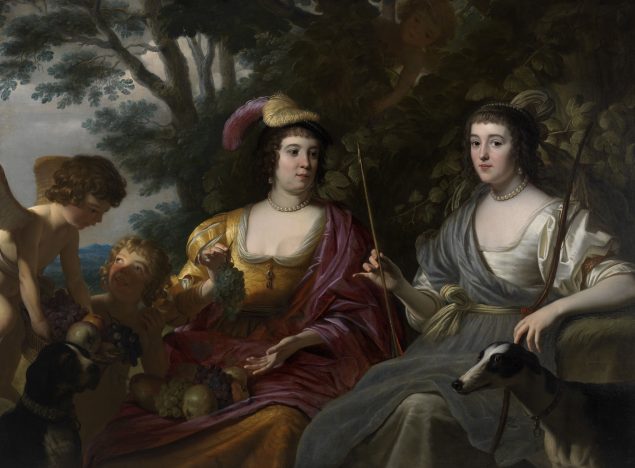 One of the highlights in my first year as curator was the acquisition of a double portrait by Gerard van Honthorst from 1633. It depicts Amalia van Solms and Charlotte de La Trémoïlle as the Roman goddesses Diana and Ceres. Amalia van Solms was the grandmother of Stadtholder William III. Charlotte de La Trémoïlle was a niece of Amalia’s husband, the Dutch Stadtholder Frederik Hendrik. Honthorst was the favorite court painter of Amalia and Frederik Hendrik, who probably commissioned the painting on the occasion of Charlotte’s visit to their court in The Hague in 1632. The painting came into William’s III possession by inheritance and remained in the hands of the Orange family until the end of the eighteenth century. It was then probably sold, after which it stayed in private collections. When the painting appeared on show at the TEFAF in 2015, my colleagues and I were immediately thrilled by the prospect of acquiring it. After all, Het Loo Palace collects works of art from the stadtholders, kings and queens born into the House of Orange-Nassau. A portrait painting of this quality and with this provenance rarely appears on the market. To start my new job with the acquisition process of this painting was a real treat. We garnered support from many funds and eventually succeeded in purchasing it. I hope that many more acquisitions will follow in the years to come.

I soon learned that a palace museum is very different from a museum of fine arts. The heart of the museum is the corps-de-logis, where visitors can enjoy 36 rooms that are furnished in accordance with old palace inventories dating from the seventeenth to twentieth centuries. The numerous art objects in each room function as parts of the whole and together give our visitors an impression of the way in which the Orange stadtholders, kings and queens lived and worked here for three hundred years. However, the building was never meant to be a museum. Every year, over 350,000 visitors have to use the servants’ staircase to reach the corps-the-logis. In their circuitous route around the palace, they sometimes have to pass through narrow corridors. It is sometimes quite crowded, and this situation is not ideal. To fulfill the needs and demands of the day, the palace will therefore undergo major renovation from 2018 to 2021. This includes maintenance work: technical upgrading and the installation of climate control systems, as well as the removal of asbestos. A new underground extension will provide more space for temporary exhibitions and public facilities. Although the corps-the-logis is closed during this period, the palace gardens and stables remain open for the public. Over the next few years, we shall be working hard on new plans for the presentation of the museum’s wealth of art objects. Rooms will be redecorated and the first plans for exhibitions in the new expansion are already being forged.

It is an immense pleasure to care for the collection of paintings, prints and drawings for Het Loo Palace. The CODART network is important to me, as a fairly new curator in the field. I greatly value the opportunity to talk with fellow curators about the practice of our profession as well as the visits behind the scenes. I look forward to the coming CODART meetings and congresses and hope to be able to give fellow CODART members a guided tour when Het Loo Palace reopens in 2021!