Hayden Proud was born in Zimbabwe and studied Fine Arts at the University of Cape Town (UCT), later teaching art history there. He undertook postgraduate studies at the University of South Africa (UNISA) and at the Courtauld Institute of Art in London. Hayden was first appointed curator of historical collections at the South African National Gallery (SANG). With the latter’s amalgamation into Iziko Museums in 2001, his brief was extended to include the curatorship of the Michaelis Collection of Dutch and Flemish paintings at Cape Town’s Old Town House. His curatorial expertise covers wide areas of the Iziko Art Collections Department, which also features British art and major holdings of 19th- and 20th-century South African art. He has been supervising improvements to the Old Town House building and its facilities, as well as several conservation projects on the collection. Promoting the Old Master tradition in a time of demands for transformation in post-apartheid South Africa is not without its challenges. He works strategically with the Michaelis Collection to make it relevant to a new generation of South Africans. His strategies involve integrating the Michaelis Collection within thematic exhibitions and promoting it as a site for debate on the colonial past and the transformational present, as well as a dialogue between historical and contemporary art. 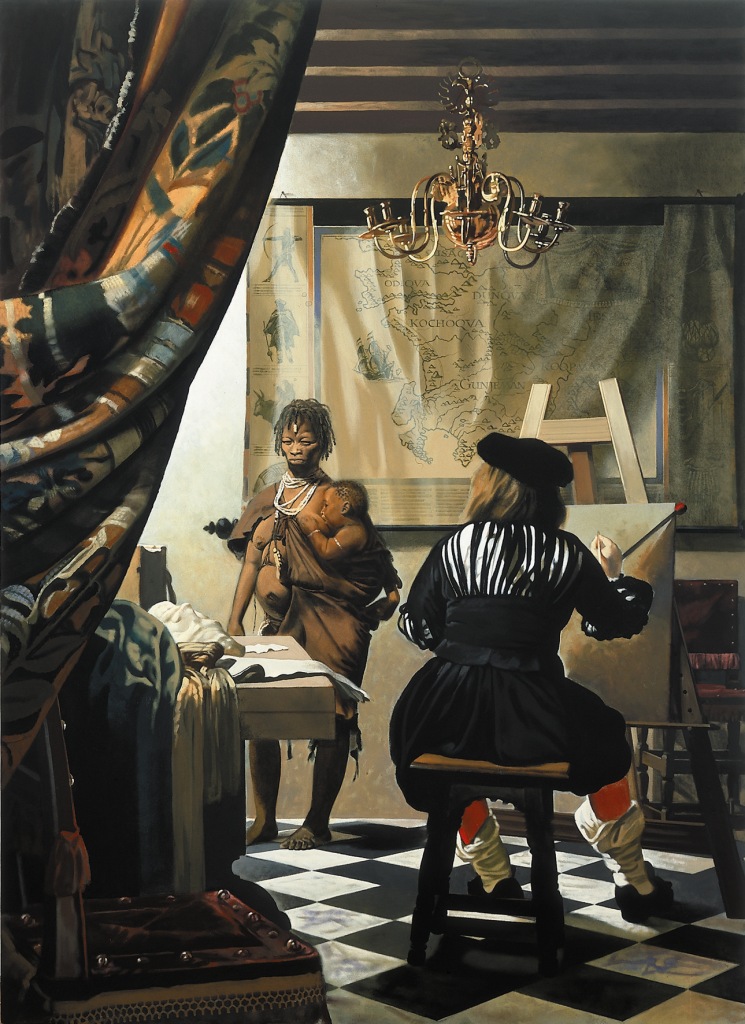 Hayden Proud on the Michaelis Collection

The collection was assembled by Sir Hugh Lane and was presented by Sir Max Michaelis to the people of South Africa in 1914. It is one of the most significant collections of Dutch and Flemish paintings outside of Europe, the USA and Russia. It was installed in Cape Town’s Old Town House, formerly the city’s seat of civic government, in 1914. The building dates from 1755, and its interior was refurbished to accommodate the collection. Works by Frans Hals, Melchior de Hondecoeter, Jan Steen, Jacob van Ruisdael, Paulus Moreelse, Ludolf Backhuysen, Frans Snijders, Emmanuel de Witte and others are supplemented with holdings of Old Master prints and drawings. With the creation of Iziko Museums in 2001, the 17th- and 19th-century Dutch collections at the SA National Gallery now usefully augment many new displays. A comprehensive catalogue by Dr. Hans Fransen was published by Waanders Uitgevers, Zwolle, in 1997.

The Michaelis Collection is unique in Africa and constitutes a nodal point of contact between the diverse South African cultures and the heritage of European art. While other art museums in South Africa also count Dutch and Flemish paintings, Iziko Museums is the only one with such a collection as its principal focus. It is supported by a 400-member strong Friends’ organization. A vital educational emphasis underpins an active program of temporary exhibitions that prioritize the use of the collection, inviting the involvement of local schools and art centers. 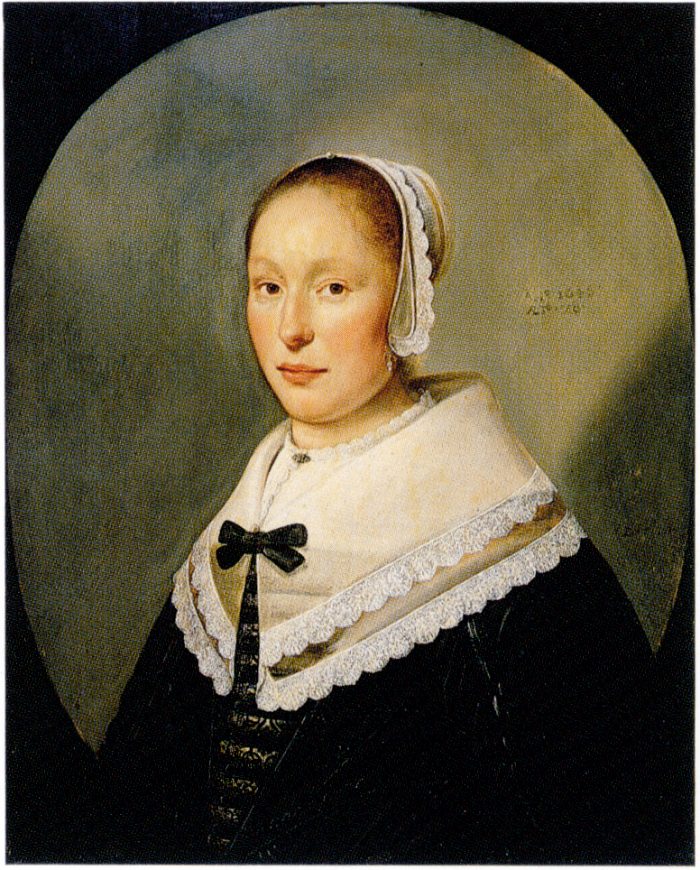 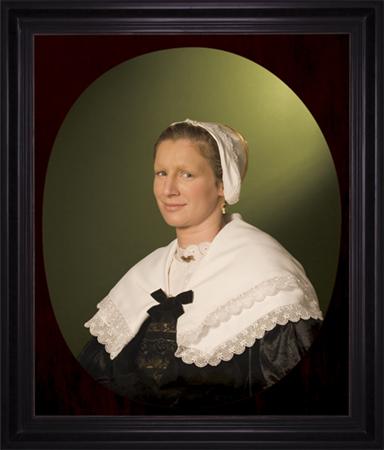 Past exhibitions include “The muse of history” (2005), which united the collection with large contemporary paintings based on the Dutch masters by local artist Helmut Starcke. Its theme was a speculation on the interface between the Dutch settlers and the indigenous inhabitants of the Cape when it was colonized in 1652. Andrew Putter’s video-based “singing portrait” Secretly I will love you more, exhibited in 2007-08, explored similar issues. Based on a portrait by the artist’s namesake Pieter de Putter (1600-1659) in the collection, it consisted of a video-audio back-projection inside an identical Old Master frame. The original portrait was recreated conceptually with a “live” sitter-singer. Re-imagined as Maria de Quellerie, the wife of Jan van Riebeeck, the first Dutch Governor of the Cape, she sang a lullaby in the indigenous Nama language to her adopted black daughter Krotoa. The work proposed a topical “what if” scenario on 17th-century inter-racial relationships for a post-apartheid South Africa now engaged in a continuous quest for reconciliation.

Hayden Proud on a selected work from the collection

One of Proud’s favorite works, and indeed one of the most useful from a didactic point of view with visitors, is Emanuel de Witte’s Interior of the Oude Kerk, Amsterdam of circa 1653 (inv. no. 14/66). It is a good example of the artist’s concerns with representing space, spatial ambiguities and illusion, all of which ultimately comment on the mimetic effect of the art of painting itself. The green drapery with its golden fringe is a painted imitation of the kind of protective curtain hanging from a rod often attached to such paintings in domestic settings. An ambiguous feature in true baroque trompe-l’oeil style is the painted shadow that the drapery casts to the right onto the “surface” of the painting. De Witte’s Interior of the Nieuwe Kerk in Delft with the tomb of William the Silent (1653) (LACMA) uses a similar curtain. As a painter, Proud is fascinated by the way in which De Witte creatively engages with layered spatial and formal concerns that seem to be strikingly modern. His strategic inclusion draperies amidst the generally somber garb of the figures in this painting is but a part of the complex optical “choreography” that is embodied in the best of his works in this genre. 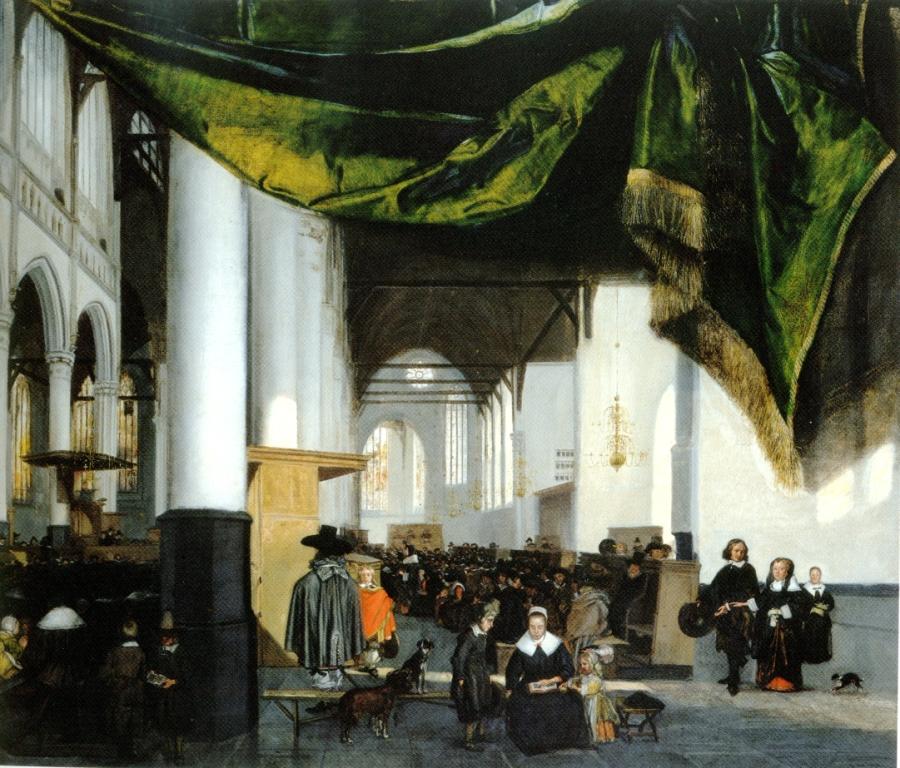 Scratches on the face: antiquity and contemporaneity in South African works of art from the collections of Iziko Museums of Cape Town. Exhibition catalogue published for a touring exhibition to the Republic of India in 2007. 64 pp. Pretoria (UNISA Press) 2007 (2nd ed. 2009) ISBN 13-978-1-874-81739-0 (paperbound) 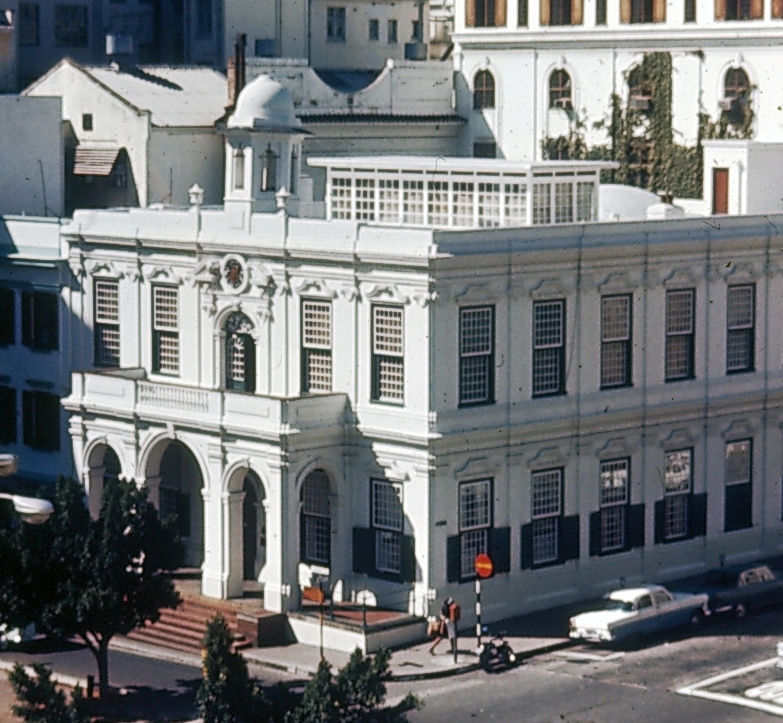