In 2007 Hiroshi Kumazawa became assistant professor at the University Art Museum, Tokyo University of the Arts (also called Geidai). Previously, he worked as a part-time lecturer (2003-04) and research associate (2004-07) at the same museum. From 1999 to 2002 he was a research associate of the Faculty of Fine Arts. His present tasks involve the management of the university art collection and organizing exhibitions. Hiroshi has worked on various exhibitions within the university’s collection, such as 16th-century prints in Germany and the Netherlands (2004) and Utagawa Hiroshige’s One hundred famous views of Edo (2007), and also on exhibitions that feature works of European art from other collections, mainly works by Old Masters on paper. Most recently, Hiroshi collaborated with curators of the Amsterdams Historisch Museum to organize the exhibition, The connoisseur’s eye: master drawings and prints from the Amsterdams Historisch Museum, which was held at the University Art Museum from 11 October to 24 November 2008 and at Huis ten Bosch in Nagasaki from 29 November 2008 to 25 January 2009.

Hiroshi Kumazawa on the University Art Museum, Tokyo University of the Arts

Tokyo University of the Arts is known as one of the oldest national academies of art in Japan. Founded in 1887 as “Tokyo Fine Arts School” and reformed into a university in 1949, our university has been the center of art education in Japan. It played a major role in the history of Japanese modern art. About 30,000 items of various types of artworks and documents have been collected since the foundation of the school until now. Much of the collection has been used as educational material. In itself, the collection is an important documentation of Japanese art history from the end of the 19th century till the present. 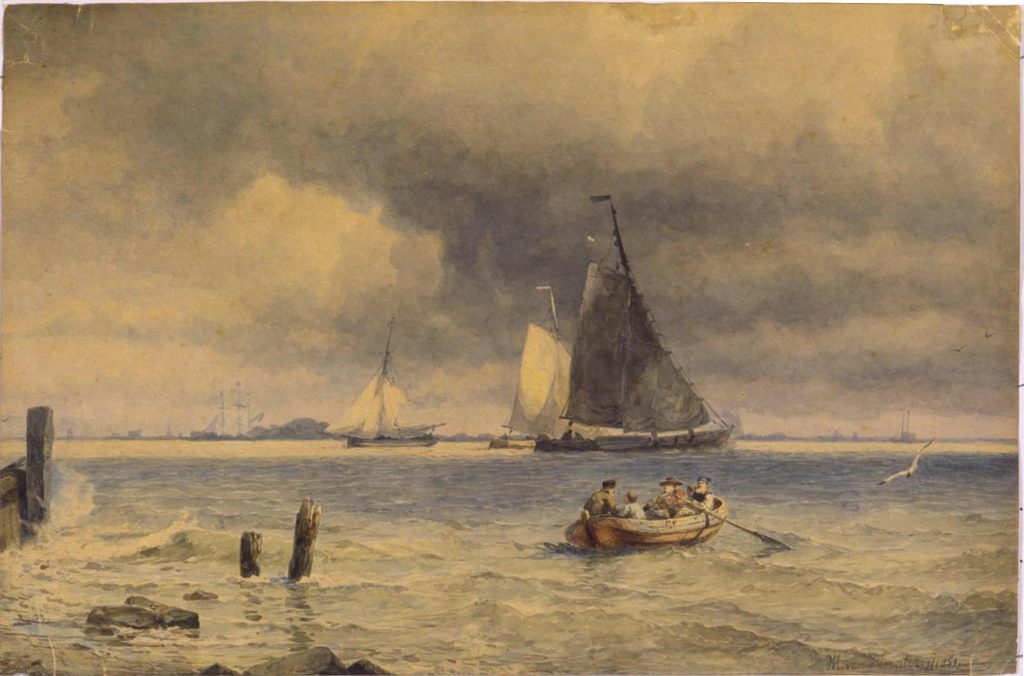 Most of the artworks in our collection are closely related to Japanese art and artists, but we also have a number of European paintings, sculpture and craftworks, as well as works on paper. On this occasion I would like to introduce one rare example of 19th-century Dutch watercolor: a seascape by Willem Anthonie van Deventer (1824-93), dated 1851 (see figure). Although the van Deventer watercolor in our collection is not of the best quality, compared with his larger watercolors (such as in the AHM collection), it shows stylistic similarities for depicting spatial foreground, paying strong attention to the ships in the middle ground, and sky and clouds in the background. The way he depicts this seascape was quite unique for contemporary Japanese artists. Some of the important Japanese artists were influenced by this “typically European” style.

As is well known, traces of influence of Dutch art in Japanese art in the 18th and 19th century can be seen in the paintings, prints and book illustrations imported from the Netherlands. However, few persons know that in the middle of the 19th century a Japanese student named Masao Uchida (1838-76), who studied marine navigation and naval construction in the Netherlands, brought back a lot of information about contemporary Europe through his publications. During his stay in the Netherlands he showed great interest in Dutch art of that time and it is assumed that he brought a certain amount of European (mainly Dutch) paintings, watercolors and photographs to Japan. These had a strong influence on contemporary Japanese artists. For example, Tojiro Ohshita (1870-1911), one of the founders of Japanese watercolor painting, was strongly inspired by these Dutch works during his apprenticeship and decided to “go out of the atelier and draw the landscape directly from nature.”

The University Art Museum holds watercolors by Johannes Bosboom, Julius Jacobus van de Sande Bakhuyzen, Jan Hendrik Weissenbruch and the above-mentioned work by van Deventer. These works were donated to the Tokyo Fine Art School (forerunner of the Tokyo University of the Arts) in 1903. Recent research has shown that these works were possibly formerly owned by the above-mentioned Masao Uchida. They are important historical documents because they testify to a first contact between modern European art and modern Japanese art.

Last year (2008) I organized the exhibition of Old Master drawings and prints from the collection of the Amsterdams Historisch Museum, in collaboration with the curators and staff there. In this exhibition, splendid sheets by Rubens, Rembrandt and other Dutch and Flemish masters of the Golden Age were exhibited in Japan. I also included some 18th- and 19th-century Dutch drawings and watercolors in my selection, in order to compare the works from the Amsterdams Historisch Museum with those in our collection. Although modern Dutch landscape pictures are not familiar to the ordinary Japanese viewer, I wanted to stress their impact on Japanese artists in the 19th century.

It is still a mystery how van Deventer’s works came into the possession of Uchida. Even in the middle of the 19th century, only few people had the opportunity to see van Deventer’s watercolors. His works did not appear on the market until after his death. Did Uchida meet van Deventer or his circle of friends during his stay in the Netherlands from 1863 to 1866? This will be the next step of my research in the near future. 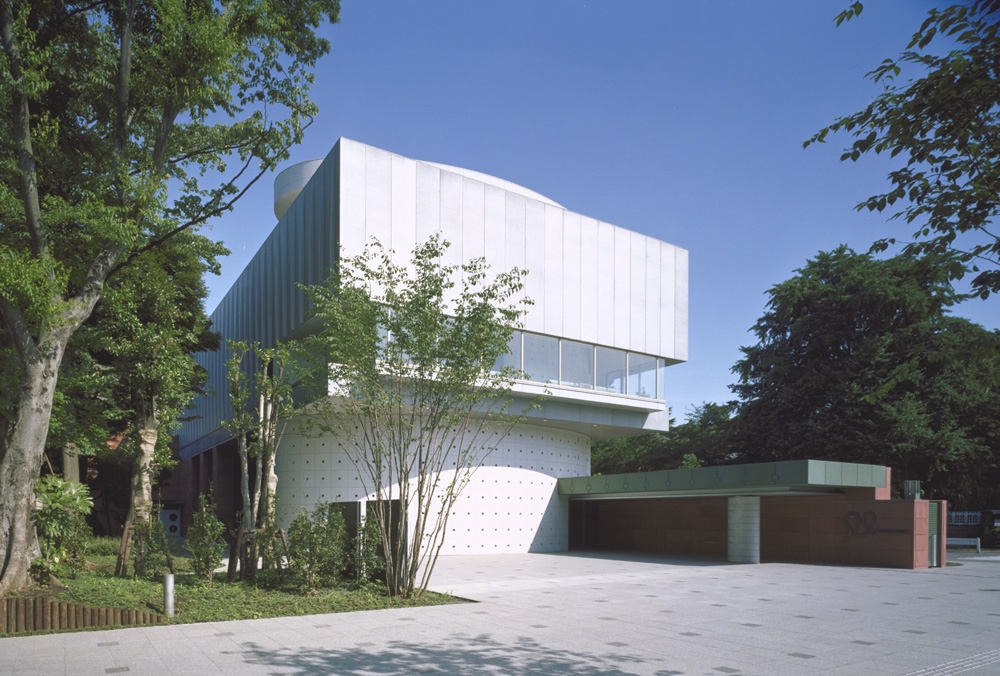 Exterior of The University Art Museum

The connoisseur’s eye: master drawings and prints from the Amsterdams Historisch Museum
Hiroshi Kumazawa
Catalogue of an exhibition held in 2008 in Tokyo (Tokyo University of the Arts)
Website of the exhibition