In January 2005, after fifteen years at the Mauritshuis in The Hague, I began my current job as head of conservation, the registrar’s office and the photographic department at the Statens Museum for Kunst (SMK), the national gallery of Denmark. I had to plunge right in, since the museum was in the midst of preparations for a number of upcoming

exhibitions, including Rembrandt? The Master and his Workshop, scheduled for the spring of 2006. In addition, my new job entailed not only the supervision of a large department but also the daily challenge of introducing new documentation and research practices and being part of the museum’s management team.

The SMK has a large collection of Dutch and Flemish drawings, prints and paintings from the sixteenth and seventeenth centuries, which forms the nucleus of the Old Master collection. Inspired by the public restoration of the Vermeers at the Mauritshuis in 1994, we at SMK initiated in 2007, with the help of a generous grant from The Getty Foundation, a public treatment – a so-called Open Studio – of the huge painting The Tribute Money: Peter Finding the Silver Coin in the Mouth of the Fish (“The Ferry Boat to Antwerp”), painted by Jacob Jordaens (1593-1678) between 1616 and 1634. Our aim was to invite the public to view the complex treatment of the large painting by carrying it out in a publicly accessible conservation studio. By displaying the conservation and restoration treatment, we hoped to promote the idea of the conservator as a facilitator who offers well-considered evaluations of our material culture and our efforts to care for our cultural resources. 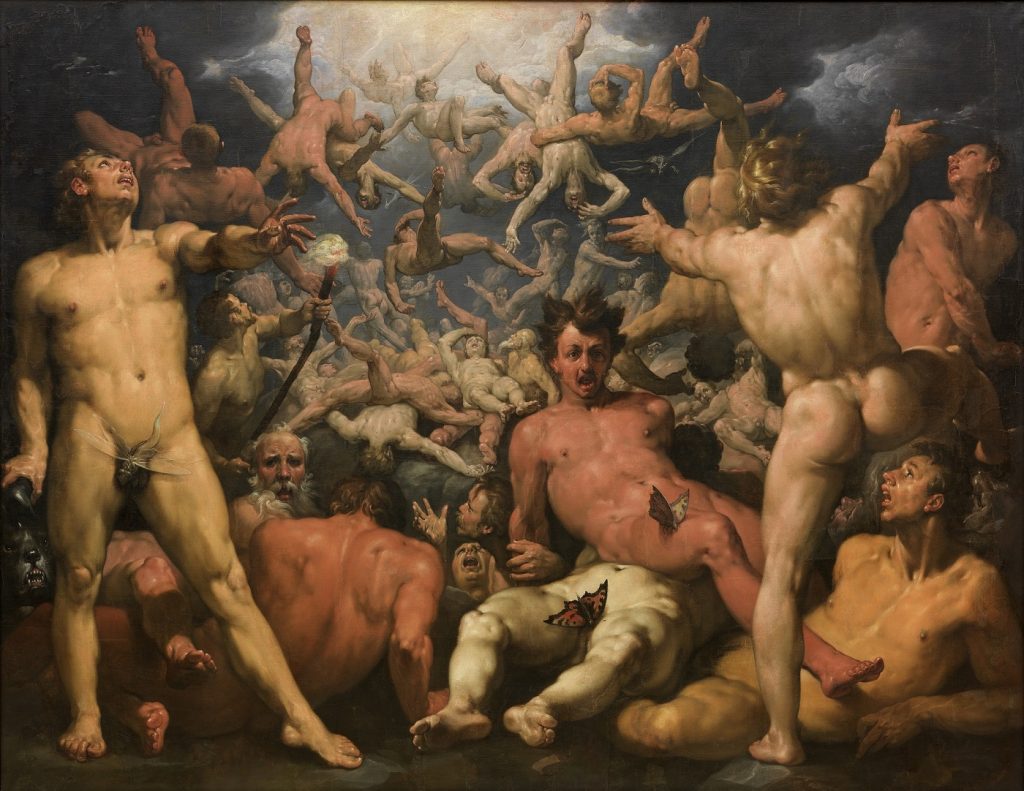 Since that time we have frequently staged Open Studios (most recently starring a huge masterpiece by Albrecht Dürer, The Triumphal Arch of Emperor Maximilian I, which had been tucked away in storage for years), where the examination and preventive treatment of pieces from our collection takes place in the galleries, to enable direct engagement with

the public. The staging of an Open Studio requires intensive collaboration with both the curatorial and the educational departments, in an effort to offer our public an explanation of the many pitfalls to be avoided and actions to be considered when preserving paintings, drawings and prints from the past, and how such artworks can be shown to best advantage by giving due consideration to their age and appearance, and to the natural changes undergone by the materials of which they are made.

Directing the Conservation Department requires close collaboration with the section heads of Conservation, Registration and Photography. In consultation with these three colleagues, the ambitions of the department are set and orchestrated according to the vision of the SMK, which aims to redefine the role of the museum in the twenty-first century under the credo: Art Sparks New Perspectives.

The appearance of artworks is connected with the question of authenticity. Do we see the visual effect intended by the artist or an altered, perhaps weakened version? This is a constant concern of mine, and has led to my engagement with issues related to technical art history studies. In 2011, therefore, when the opportunity arose to establish the externally funded Centre for Art Technological Studies and Conservation (CATS) – a strategic research cooperation between the SMK, the Nationalmuseet (the National Museum of Denmark) and the Royal Academy’s School of

Conservation – my dream of working in the multidisciplinary field of technical art history came true. As the director of CATS, I’m also extremely pleased to report that in 2014 we became part of the recently funded European research infrastructure called IPERION_CH, an Integrated Platform for the European Research Infrastructure ON Cultural Heritage. This consortium – which includes the most distinguished European institutions engaging in cultural heritage research, as well as the Getty Conservation Institute in the United States – intends to study the material aspects of our European cultural heritage and coordinate its examination, preservation and dissemination.

My current research and teaching activities are closely linked to my BA in Art History (1980) and my master’s thesis on conservation-restoration (1987), the latter focusing on the examination of seventy-five early-seventeenth-century Flemish panel paintings built into the wall-paneling of the Winter Room at Rosenborg Castle, Copenhagen. This examination – which entailed the close study of the paintings, their setting, details of manufacture from timber to final paint layer, archival research on the trade in artists’ materials, and the inspection of comparable paintings in several European collections – laid the foundation for my interest in technical art history. This multidisciplinary approach involving art history and hard-core science can give us an in-depth understanding of the making of complex artworks, which may in turn form the basis of our appreciation and understanding of artistic endeavor. 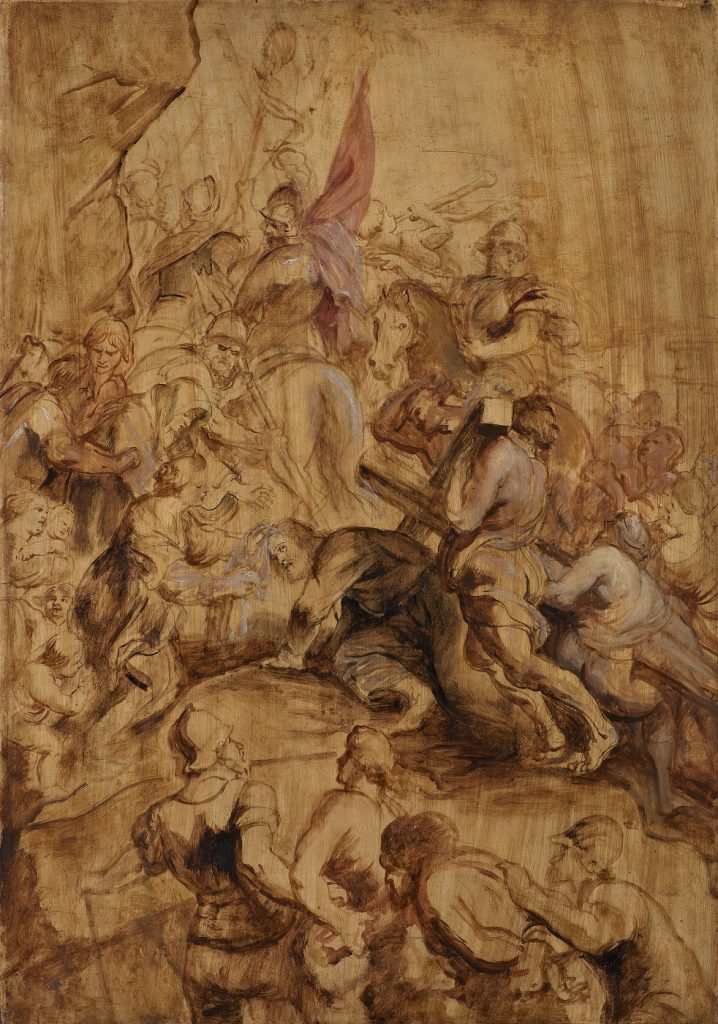 The intensive study of the creation of panel paintings by Northern and Southern Netherlandish artists, combined with research into the techniques used by seventeenth-century painters, therefore became the subject of my dissertation “Technical art history: painters’ supports and studio practices of Rembrandt, Dou and Vermeer” (2009)  at the University of Amsterdam. The combination of these two subjects – painters’ supports and painting techniques – has resulted in several articles and, more recently, a substantial contribution of data to the RKD Gerson Digital Project. 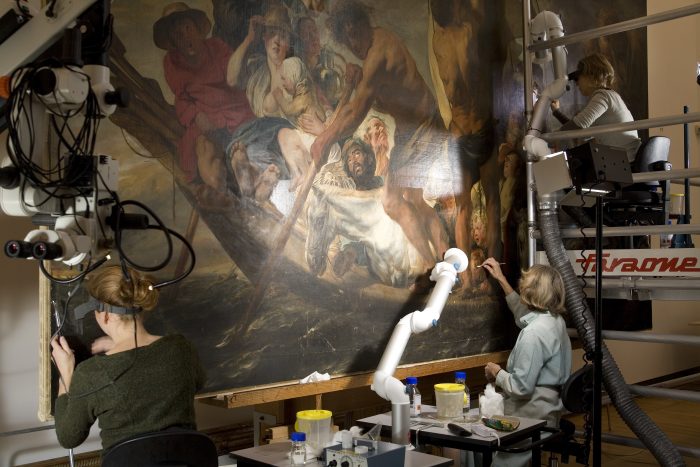 The Gerson Denmark chapter, appeared May 2015, will bring me

full circle: from my initial studies in the 1980s, via fifteen years at the Mauritshuis, and back to Copenhagen, where I work in the midst of our large collection of Dutch and Flemish paintings, many of which can be traced to royal acquisitions made directly from artists’ studios in the Netherlands in the early seventeenth century.

My previous working environment at the Mauritshuis thus offered ample opportunity to collaborate with professionals – including many unaffiliated with the museum – to advance the understanding and preservation of Old Master paintings. But it is, above all, the Open Studio treatment of Johannes Vermeer’s Girl with a Pearl Earring and View of Delft – undertaken with a view to sharing the conservation activities with the public while keeping these two icons on display – which has yielded the new information on Vermeer’s painting technique that now forms the basis of new research initiatives, such as exploring the development of the colored ground in European paintings, one of CATS’s new strands of research within the European IPERION_CH consortium. Also the examination, conservation and

restoration of Rembrandt’s great Anatomy Lesson of Dr. Nicolaes Tulp of 1632, which was carried out in close collaboration with Petria Noble, then conservator at the Mauritshuis (now Head of Paintings Conservation at the Rijksmuseum), not only provided fresh insights into

the splendor of the painting and the artist’s technique, but also marked the beginning of important – and eventually formalized – scientific collaboration with Prof. Jaap Boon and his research team at the FOM-Amolf Institute in Amsterdam. Certain phenomena in the paint structure of Rembrandt’s picture became the focus of intensive research: minute holes (100 microns in diameter) in the paint surface were examined for the first time, revealing extensive molecular movement in Old Master paintings, such as lead soaps that protrude through the paint surface. Numerous paintings display this phenomenon, so discovering its cause and tracing its development might help us – and future keepers of our collections – to care for the objects. 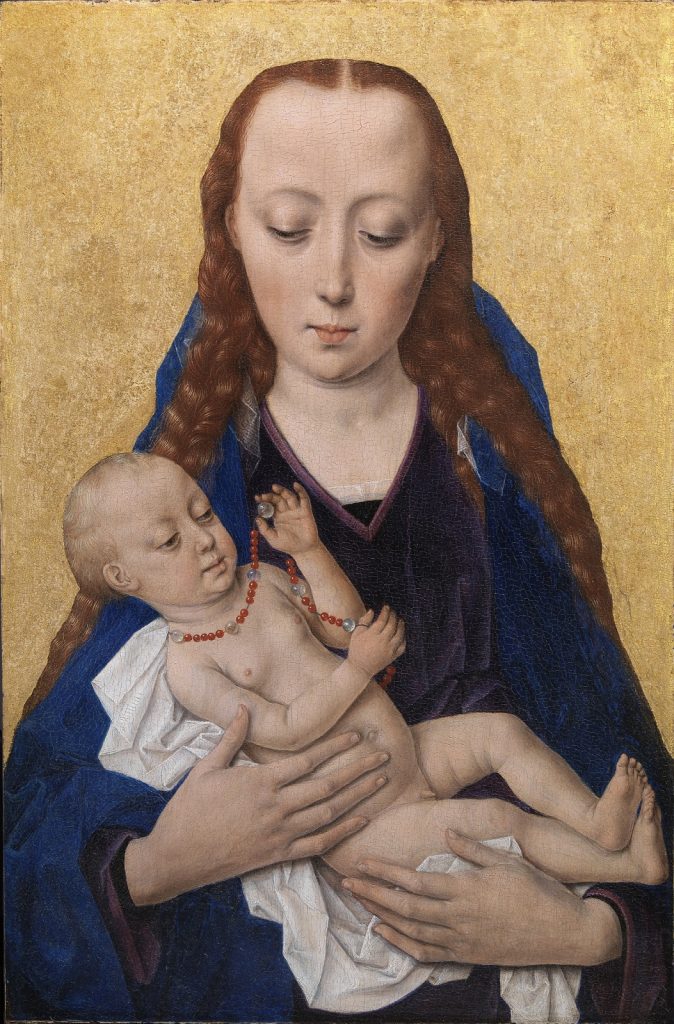 Through my current directorships of the conservation department of the SMK and the research infrastructure of CATS, as well as my professorship at the University of Amsterdam, I wish to initiate and engage in multidisciplinary collaboration that will give the younger generation of conservators and researchers an opportunity to pursue their own avenues of research. The inauguration in September 2015 of a two-year master’s course in Technical Art History at the University of Amsterdam will do a great deal to further interdisciplinary research. Only by sharing ideas and information on the making and meaning of artworks can we reach an understanding of the past that will benefit present and future generations.
The backs of the panels and copper plates used as supports for paintings contain much significant information that merits documentation. Since my first exhibition of “reversed” paintings in 1987, a handful of presentations – including the exhibition Copper as Canvas – Two Centuries of Masterpiece Paintings on Copper 1525-1775 at the Phoenix Art Museum (Arizona) – have revealed a wealth of information. Studying the reverse side of paintings and their labels, stickers and inscriptions, as well as the tool marks and personal stamps of the original manufacturers and the assay masters’ branding of high-quality panels and copper plates has clarified much new data on the making, provenance and significance of objects. Having studied panel makers’ marks for more than thirty years, I share my expertise on the subject on an almost weekly basis with art historians and conservators in museums around the world, as well as with auction houses and art dealers. Differing interpretations of the Antwerp Brand and the house marks of individual panel makers were presented in Looking through Paintings, but it is our ambition to make this vast amount of material available digitally, to enable future researchers to study panel marks via an online database. Furthermore, research into the “signing” of panels on the back – which was also practiced by Dutch panel makers of the seventeenth century – is a branch of study that is still in its infancy.

My research – from “The Structural Conservation of Panel Paintings” (1998), a symposium on the making of panel paintings held at the J. Paul Getty Museum, to their recent Panel Paintings Initiative – has led to my active involvement in the education of a new generation of conservators, who must be trained to carry out complex structural conservation treatments on fragile panel paintings. As co-chair, with my colleague George Bisacca of the Metropolitan Museum of Art, of the advisory committee of the Panel Paintings Initiative, I have been able to help instigate training programs for young conservators, which goes hand in hand with my ambition to teach MA and PhD students at the Department of Conservation & Restoration at the University of Amsterdam.