I was appointed Curator of Old Master Pictures at The Wallace Collection in November 2011, just in time to find myself fully involved with the major refurbishment of the building (Hertford House) that began in 2000, involving the renovation of a sequence of galleries with new lighting. My first major project was to devise a new hang for the Dutch pictures in the newly refurbished East Galleries. This is the leading collection of Dutch paintings in the United Kingdom, after the National Gallery London and the Royal Collection, and it was a great opportunity, since my postgraduate training at the Courtauld Institute was in seventeenth-century Dutch art and my PhD was on Rubens’s Bacchanals. I had also been trained as a curator at the National Gallery, where, as Curatorial Assistant, I provided cover for the Curator of Dutch Paintings, Axel Rüger, during his one-year sabbatical from the gallery.

The new display at the Wallace Collection reflects the particular strengths of the Dutch collection: portraiture, genre scenes and Italianate landscapes, particularly by leading artists such as Rembrandt, Jan Steen, Metsu, Berchem and Wouwermans. The first gallery is dedicated to painting by Rembrandt and his Circle, starting with a display of Rembrandt and his pupils during his Leiden years, continuing to Rembrandt in Amsterdam, with three paintings by Govaert Flinck and Rembrandt’s moving portrait of his son, Titus, and two genre scenes by Nicolaes Maes. 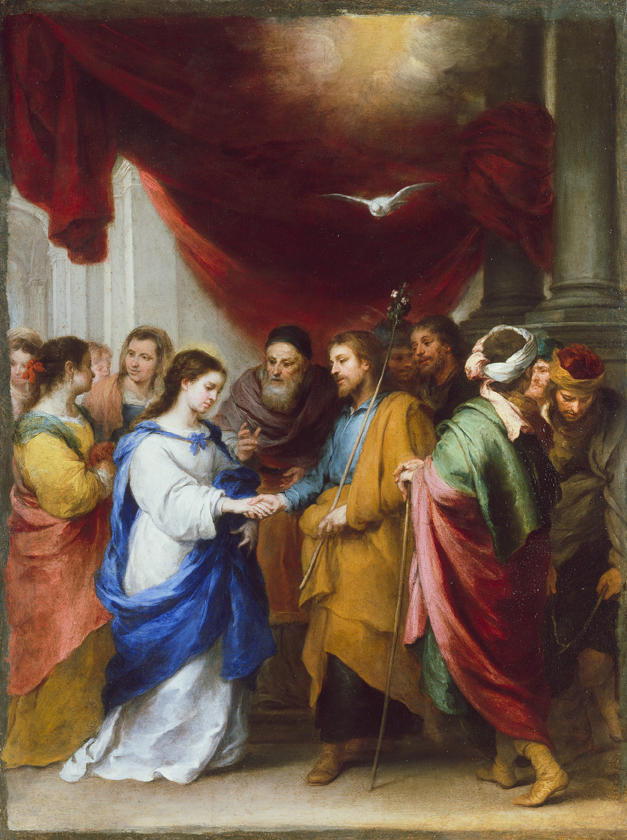 The paintings by Rembrandt and his School are juxtaposed with a display of Dutch landscape paintings, from Flinck to the mature Ruisdael. The second gallery contains a display of Golden Age paintings of domestic scenes, cityscapes and landscapes, with a particular focus on Jan Steen and Gabriel Metsu. The third gallery is dedicated to Dutch Italianate painters, particularly Nicolaes Berchem, Philips Wouwermans and Adriaen van de Velde, which leads appropriately into the Great Gallery of masterpieces of the early modern period. You can read more about the arrangement of the hang in the recent article in Apollo Magazine, “A Taste for Blue,” which I co-wrote with the Director of the museum, Christoph Vogtherr.

Another major change in the display has been to separate the Dutch and Flemish pictures, formerly hung together. The Flemish paintings will be displayed in the East Drawing Room, which is adjacent to the East Galleries that house the Dutch pictures. This room is currently undergoing refurbishment, and is re-opening as a temporary display of masterpieces by Rubens, Van Dyck and Jordaens, during the closure of the Great Gallery.

The Wallace Collection has its own very distinct personality as a leading collection of works of art and furniture displayed in an impressive London townhouse. As a specialist of the Baroque period, my favorite gallery is the Great Gallery, for it houses a collection of European Baroque paintings unrivalled in their quality and variety: altarpieces, compositions such as landscapes painted for art collections, portraits of various formats and of sitters from George IV to Dutch merchants and, of course, Frans Hals’s Laughing Cavalier, and a superb series of game pictures by Hondecoeter, the Weenixes and others. In preparation for the forthcoming refurbishment of the Great Gallery, which begins at the end of September 2012, we will rehang the highlights of the Great Gallery throughout the smaller rooms of Hertford House, and put the rest of its contents in storage for the coming two years. 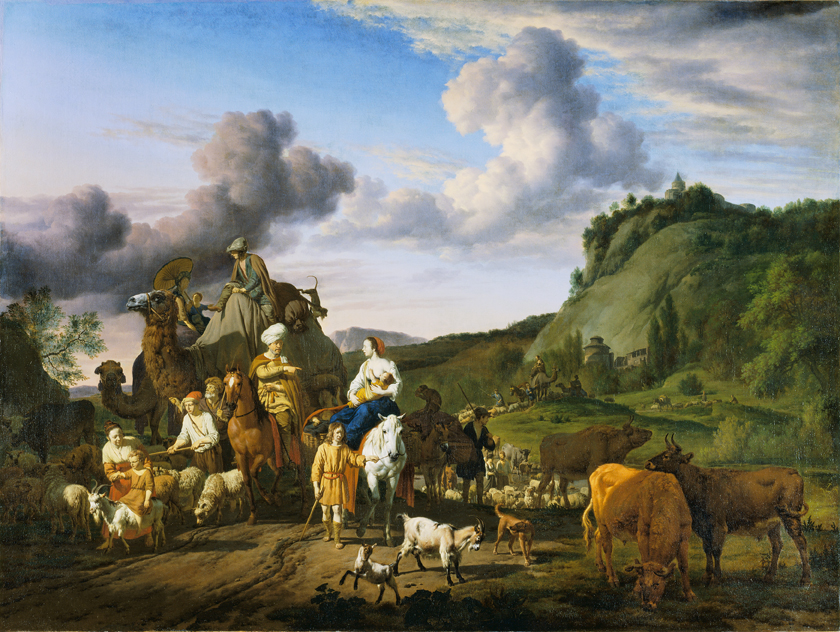 Since starting at the museum, I have become particularly interested in Bartolomé-Esteban Murillo, a painter whose works are exceptionally well represented, thanks to the collecting activities of the 4th Marquess of Hertford. I am currently planning a show in our temporary exhibition galleries devoted to Murillo and the nineteenth-century taste for this artist in Britain. The show will be held in February 2013 to coincide with the exhibition on Murillo at the Dulwich Picture Gallery. Our show will focus particularly on three paintings that belonged to the Capuchin church in Genoa before they were sold to the dealer William Buchanan and brought to England.

I am also in charge of a major research project on Sir Joshua Reynolds, The Reynolds Research Project, which was set up by my predecessor Christoph Vogtherr (now Director of the Wallace Collection). Its aim is to investigate the techniques and materials used by Reynolds by examining twelve of his paintings in the Wallace Collection. A collaboration between the Wallace Collection and the Scientific and Conservation Departments of the National Gallery, it involves thorough technical analysis of each painting. A small number of our paintings are currently being assessed for further conservation treatment. The results of this project will be made public later in the project; the research will culminate in an exhibition, a catalogue and a conference at the Wallace Collection in the autumn of 2014.

Since arriving at the Wallace Collection, I have been involved with picture conservators in the conservation work on our Jordaens painting, An Allegory of Fruitfulness. The technical analysis and cleaning of this painting have yielded some fascinating insights into Jordaens’s working method and the relation of this painting to a second version of the theme at the Musée Royaux des Beaux-Arts, Brussels. The treatment will be finished to coincide with the major monographic exhibition in Brussels, and I will publish the results of the conservation project next year.

I came to the Wallace Collection from the Kunsthistorisches Institut in Florence, where as a postdoctoral fellow I was completing a monograph on Silenus, the foster father of the wine god Bacchus, in early modern European painting. Previously, I had worked on a Rome-based project for several years, beginning as Research Associate for the major project “The History of the Accademia di San Luca” under the supervision of Dr. Peter Lukehart at the Center for Advanced Study in the Visual Arts, National Gallery of Art, Washington. This two-year placement also allowed me to expand my research interests to the Italian context, and to begin a research project on the Dutch and Flemish painters who held office in the Accademia di San Luca. I continued to research this topic in the archives of Rome during a postdoctoral Rome Fellowship at the British School at Rome. My published articles include a study of Stradanus’s Nova Reperta series, “Color Olivi: van Eyck’s workshop as a site of invention and transformation,” Nederlands Kunsthistorisch Jaarboek: The Artist in the Early Modern Netherlands, 59 (2008), pp. 225-49, and on Rubens’s Bacchanals (“A Gift from Nature. Rubens’ Bacchus and Artistic Creativity,” Nederlands Kunsthistorisch Jaarboek (Rubens and the Netherlands) 2004, vol. 55, pp. 227-43. 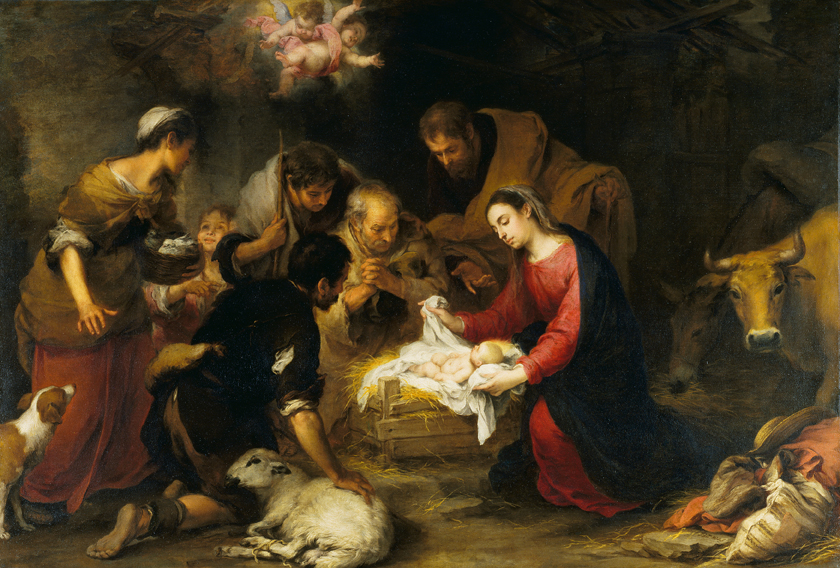 What I like particularly about my new role is its breadth. I am responsible for all pre-1800 paintings, in addition to eighteenth-century British painting, miniatures and manuscript cuttings. I have 488 works of art under my remit from the Netherlands, Spain, Italy, Germany and France.  Rather than confining my interests to one national school of art, I have the freedom to work on new areas, such as the Spanish collection. Every project, whether Reynolds or Murillo, generates its own specific questions. It is hard to choose two favorite paintings or miniatures from such a rich and outstanding collection; in any case I find that my preferences are always changing as new works compete for my attention.

This summer, my two favorite paintings are Murillo’s Adoration of the Shepherds – because of the sfumato brushwork and wonderful details, such as the still life of blankets and a straw hat (although his small panel of the Marriage of the Virgin competes for first place) – and The Migration of Jacob by Adriaen van de Velde. This curious painting has a most remarkable skyline, with the figure of the monkey, perched on the side of the camel, silhouetted against the clouds which themselves mirror the undulations of the volcanic landscape.

The Wallace Collection has a fairly small staff, which means that the curator is directly involved in all of the museum’s activities, contributing to the education program, working with conservators to move objects, answering enquiries while keeping up with research on the permanent collection and preparing for exhibitions. I really enjoy this dynamic working environment and look forward to seeing these projects realized in the years to come.