Piotr Borusowski was born and raised in Jarosław, a beautiful city in southeast Poland. He moved to Warsaw to attend university. He first graduated from law school (2004, specializing in legal aspects of the preservation of monuments and sites), and subsequently earned a degree in art history (2006 MA thesis: Leonaert Bramer (1596–1674) Pictor Doctus, Italianist, Illusionist. Models of How the Artist Functioned in Contemporary Art Literature and Artistic Practice), both at Warsaw University. Before completing his study, in 2005 he began working in the Department of Old Master Drawings at the Muzeum Narodowe w Warszawie (National Museum in Warsaw), becoming a full-time assistant curator there after four years. During this period he helped prepare important exhibitions and their catalogues: Rembrandt. Prints and Drawings from Polish Collections (2006), Złoty Dom Nerona/Nero’s Golden House (2008), Le siècle français. Francuskie malarstwo i rysunek XVIII wieku ze zbiorów polskich/Le siècle français. 18th Century French Paintings and Drawings from Polish Collections (2009).

As an assistant curator Borusowski is responsible for the Dutch and Flemish and – as of recently also – German drawings up to 1800. He supervises the preparation of the online catalogue of Old Master drawings (foreign schools) in the Muzeum Narodowe w Warszawie. 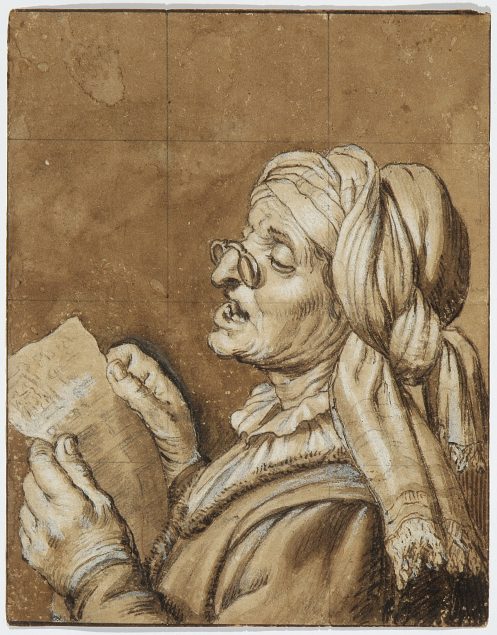 My position in a drawing department allows me to work directly with individual works and groups of art as well as entire historical collections. Except for when they are on view (during exhibitions) drawings are not as readily accessible to the general public as paintings. This realization helps me to understand that a curator is not only responsible for the museum’s holdings, but (perhaps primarily) for disseminating knowledge of Dutch and Flemish draftsmanship and the collection itself.

This is why I have two priorities in my work. The first one is preparing the catalogue of our drawings collection. It is worth mentioning that while many of the works by Dutch and Flemish masters have been included in important exhibitions, the collection as a whole is still awaiting a survey presentation. A representative group will soon be available on the website of the Muzeum Narodowe w Warszawie.

The second priority is to ensure that our department remains accessible to those wishing to consult the collection for research purposes. It also encompasses popularizing knowledge of our drawings, and cooperating closely with the Institute of Art History (University of Warsaw) and The Academy of Fine Arts in Warsaw. I give lectures and presentations on the techniques, function and collecting of drawings for students from both institutions.

Before the second world war the collection of Dutch and Flemish drawings in the National Museum in Warsaw was rather small and consisted mostly of donated works. The war brought severe losses to all museum collections and did not spare the drawings. The losses were supplemented by several, formerly German collections (acquired as a result of the so-called revindication action 1945-48). The most significant of them was the collection from the Schlesisches Museum der bildenden Künste, with two albums Dessins Originaux Pars I and Pars II, with drawings of such artists as Maerten de Vos, Chrispijn van den Broeck, Jacob de Gheyn II, Jan de Herdt and many others. 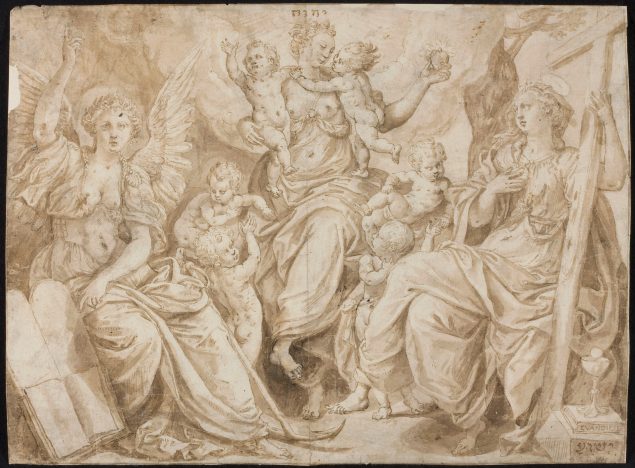 Another collection worth mentioning is that of the former Society for Encouragement of the Fine Arts, that came as a deposit in 1942. A few other important drawings are worth mentioning, like those gathered by Jan Gottlib Bloch (1836-1902), with artists such as Lodewijk Toeput, Pieter Quast, Gerrit van Honthorst, Cornelis Dusart, Claes Cornelisz. Moeyaert or Willem Schellinks.

Alongside the duties connected with being an assistant curator, I am also interested in the history of the collection. For close to two years now I have been researching the “Dessins Originaux”, two 18th-century albums that originally contained approximately 1100 16th to 18th-century drawings. This is part of my dissertation on the collection of Albrecht von Säbisch (1685-1748), Wrocław’s burgomaster, a diplomat at the court of Carl VI, Holy Roman Emperor in Vienna, and later head of Wrocław’s city council. After his death, the albums and the collection of 341 paintings and 48 portfolios of prints were inherited by Ernst Wilhelm von Hubrig (1712-1787), who gifted them (donatio inter vivos) to the city of Wrocław, specifically to the library of the St. Mary Magdalene Gymnasium, in 1767. They were relocated twice in the 19th century; first to the Municipal Library around 1853, and then to the Schlesisches Museum der bildenden Künste (SMdbK) around 1880. They have been in the Muzeum Narodowe w Warszawie since 1945.

While the albums were in the SMdbK, some of the drawings were removed from them for various reasons. This is the case, for example, of the Head of Christ by Wolf Huber, Joseph telling his dreams by Aert de Gelder, and David seeing Saul at the witch of Endor by Ferdinand Bol. Today it is estimated that close to 120 drawings were removed at that time. More were taken out after the Second World War. Some were separated from their mounts, but most were simply cut out along with part of their mounts, unfortunately without proper photographic documentation. To date only 88 (from the originally approximately 340 works) album sheets have remained intact. It is worth mentioning that the Säbisch albums contained works by Maerten de Vos, Crispijn van den Brock, Jacques de Gheyn, Pieter Stevens, Jan Pynas and Cornelis Saftleven, which represent a very valuable part of the museum’s collection. 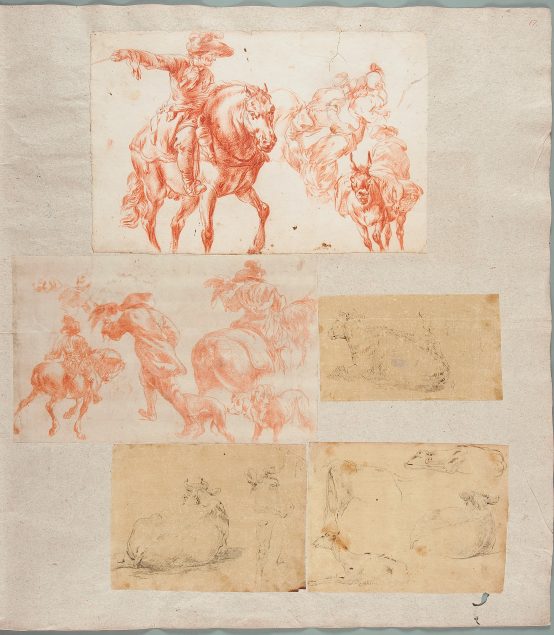 The albums’ current condition prevents them from being studied as an example of an 18th-century collection, or to be more precise – a certain aspect of a collection – album factis. Thanks to the numbers on the verso of the drawings they can be ordered in a proper sequence, however nothing can be said about how they were organized as individual sheets nor can possible links between them be determined. To do this, far more extensive reconstruction would be needed. Given the many conservation problems, traditional reconstruction is almost impossible (if even advisable). However, there is an alternative to this kind of “real life” method, namely virtual reconstruction. I am doing my utmost to ensure that this reconstruction of the albums will be as intellectually rigorous and reliable as any other research method.