Raised in Dresden and educated in Dresden and Leipzig, I completed my studies almost exactly when the wall that had divided Germany for 40 years came down. This represented a major opportunity as well as a great challenge for me.

My studies at Leipzig University focused on art of the Middle Ages, Renaissance and Baroque eras. Turning later to the 19th and early 20th century, I received my Ph.D. from Leipzig University in 1989 for my dissertation entitled Gotthardt Kuehl (1850-1915) and painting in Dresden between 1895 and 1915. My first experience working in a museum was as a scholarly assistant in the Kupferstich-Kabinett of the Staatliche Kunstsammlungen. Two years later I was appointed a scholarly assistant at the Gemäldegalerie Alte Meister, Staatliche Kunstsammlungen, succeeding Annaliese Mayer-Meintschel, East Germany’s “Grand Lady” of Netherlandish art.  And, in 1993, I became curator of Dutch and Flemish paintings at the Gemäldegalerie Alte Meister. I grew into my role step by step, availing myself of the splendid opportunities afforded by a collection of paintings so closely connected to an in-house restoration and conservation studio. For me, studying the overwhelmingly rich collection has always been coupled with examining the originals together with our conservators. This yields information about painting technique, condition and possible conservation treatments. One of the greatest challenges in my career was assuming the position of acting director of the Gemäldegalerie in 2009. 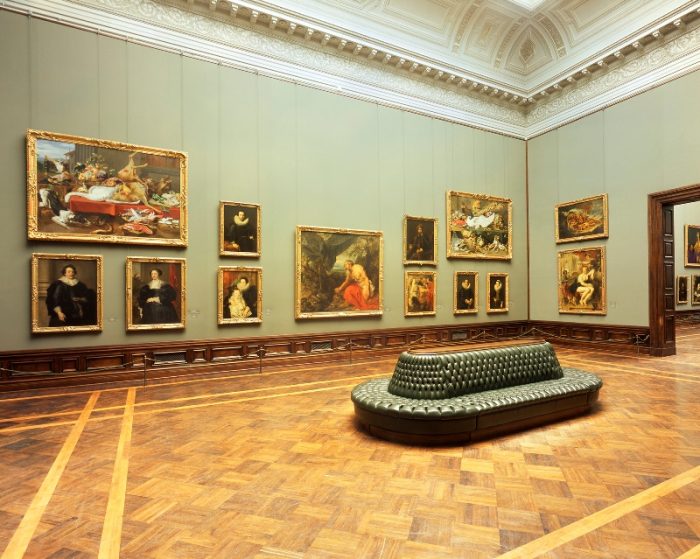 To work as the curator of a collection with close to 1300 Netherlandish paintings – beginning with Jan van Eyck’s Dresden altarpiece and ending with pictures by artists still active in the 18th century, such as Adriaen van der Werff – is a huge undertaking. It is quite a responsibility to be in charge of such a range of superb and diverse paintings. The collection includes a substantial group of masterpieces by Peter Paul Rubens and his workshop, impressive large-scale paintings by his Antwerp colleagues Frans Snyders and Jacob Jordaens, and dazzling portraits by Anthony van Dyck, as well as a group of seven Rembrandt paintings and several history scenes and tronies by his pupils and followers. The Gemäldegalerie also owns two major paintings by the young Vermeer and one of the most splendid and comprehensive collections of works by the Leiden fijnschilders. Of the so-called “minor painters”, there is hardly a name or a school that is not represented in Dresden. 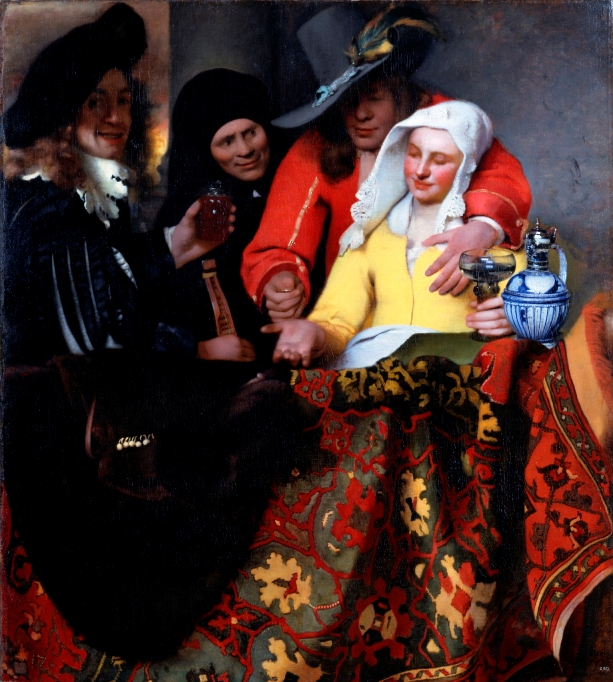 The Gemäldegalerie’s “scholarly staff” comprises two curators and a director, who is also in charge of the Kupferstich-Kabinett. Accordingly, the job of curator here covers many highly practical and everyday museum activities: guided tours have to be organized and given, visitor requests or complaints addressed, hundreds of (written) questions dealt with, and meetings attended. On the other hand, the most important and essential duties of a curator are the conservation and the appropriate display of the collection. This includes researching selected groups of paintings, organizing special exhibitions and writing exhibition or (sub-)collection catalogues. Another important task is making decisions regarding loans to other museums and exhibitions. Contributing to a special exhibition generally involves a great deal of preparation regarding the subject matter and the conservation or even restoration of a painting, not to mention logistics, courier trips, and so forth.

Preparing and organizing exhibitions on special topics has always been one of the key responsibilities of Dresden collection curators. An impressive number of comprehensive as well as studio exhibitions have been mounted in the Gemäldegalerie in the past 50 years. In 2004 we developed a new type of exhibition called The restored masterpiece. These are short-term temporary presentations of a newly restored picture. They focus on painting technique and restoration, accompanied by a thorough investigation of the style, iconography and provenance of the painting in the spotlight. We presented Vermeer’s The procuress (2004) and Rembrandt’s The rape of Ganymede (2006) after they were restored. Having expanded on this formula with important works of the Italian School, the next studio exhibition will feature a recently restored garland painting by members of Frans Francken’s workshop in Antwerp. In the past years, two major exhibitions were organized by the Netherlandish department: one was devoted to its small yet remarkable holdings of 15th-century paintings and drawings (The secret of Jan van Eyck, 2005, with the Dresden Kupferstich-Kabinett), and the other to the extraordinary early oeuvre of Johannes Vermeer (The young Vermeer, 2010, with the Mauritshuis, The Hague and The National Galleries of Scotland, Edinburgh).

Additionally, plenty of “obstacles” arising in the course of the daily operation of a picture gallery must be overcome in fulfilling the mission of a museum curator. For example, my tenure at the Gemäldegalerie has coincided with a series of renovations of parts of our 19th century building, the removal of the collection due to construction defects in our storage areas, and, a most remarkable disaster, namely the Dresden flood in 2002! We are currently planning a fundamental restoration of our historical Semperbau, which should take place from 2013 to 2015. This includes devising an interim presentation of selected works in only one wing of the building for the duration of the restoration.

My current project – cataloguing the Flemish paintings in the Gemäldegalerie – combines the essence of being a curator with my particular interest in examining each of the paintings with respect to its material and condition. Including about 380 Flemish paintings, the catalogue should be completed within the next three years. Fortunately, I am collaborating with two colleagues: a fellow curator and a conservator. Once this is done, we plan to mount an exhibition of Flemish landscape paintings and drawings from our own holdings, again together with the Kupferstich-Kabinett. I greatly look forward to this show, since it will include numerous extraordinary paintings – by Jan Brueghel I and II, Roelant Savery, Pieter Schoubroeck and David Vinckboons, among others – that have not been exhibited in Dresden for at least 70 years.

Finally, the answer to the question of what my favorite works are in “my” collection is always closely connected to the subject I am dealing with at a given moment. For instance, I fell in love with Jan van Eyck’s Dresden triptych during our extensive investigation of the altarpiece in 1997, and again in 2004/2005 while preparing the 2005 show in Dresden. Something similar occurred during the restoration and investigation of Johannes Vermeer’s The procuress. One of the greatest advantages of curating a collection is that pure theoretical research can be complemented and enriched with knowledge of a painting’s structure and manufacture, allowing a better understanding of the work in its entirety. At present, my favorite paintings by far are in the group of early Flemish landscapes, with their extended, highly differentiated vistas and skilful arrangements of numerous small figures, as can be seen in Pieter Schoubroeck’s large-scale Battle of the Amazons of 1603.