Centraal Museum Utrecht was able to purchase a masterpiece by the Utrecht painter Dirck van Baburen at a New York auction on 29 January. Following its purchase in 2019 of Joachim Wtewael’s Banquet of the Gods, this is the second major art work that the museum has managed to acquire within twelve months for its collection of old art. The acquisition was made with the support of the Mondriaan Fonds, Vereniging Rembrandt (thanks in part to its Fonds voor Klassieke Beeldende Kunst), Stichting Elise Mathilde Fonds and the K.F. Hein Fonds.

Baburen’s painting fits the collection beautifully, on account of both the maker and the subject. The painting shows the Utrecht nobleman Pieter van Hardenbroeck (1593-1658), who was in love with the nun Agnes van Hanxelaer. She left the convent in 1623 to be with him. Pieter commissioned this painting in the same year to celebrate their relationship: it is a ‘portrait historié’, depicting the couple as the Persian princess Granida and Daifilo, a simple shepherd. The subject derives from the theatre piece Granida by the famous Dutch poet and playwright P.C. Hooft (1615). With this wonderful piece, Dirck van Baburen (one of the Caravaggisti painters and founder of the pastoral painting genre, and whose idea it was to depict them as such) created the first rendering of an immediately popular theme. Gerard van Honthorst painted his beautiful Granida and Daifilo in 1625, which is also part of Centraal Museum’s collection. Pieter and Agnes married in 1628. Van Hardenbroeck’s testament shows that he kept the painting until his death in 1658. 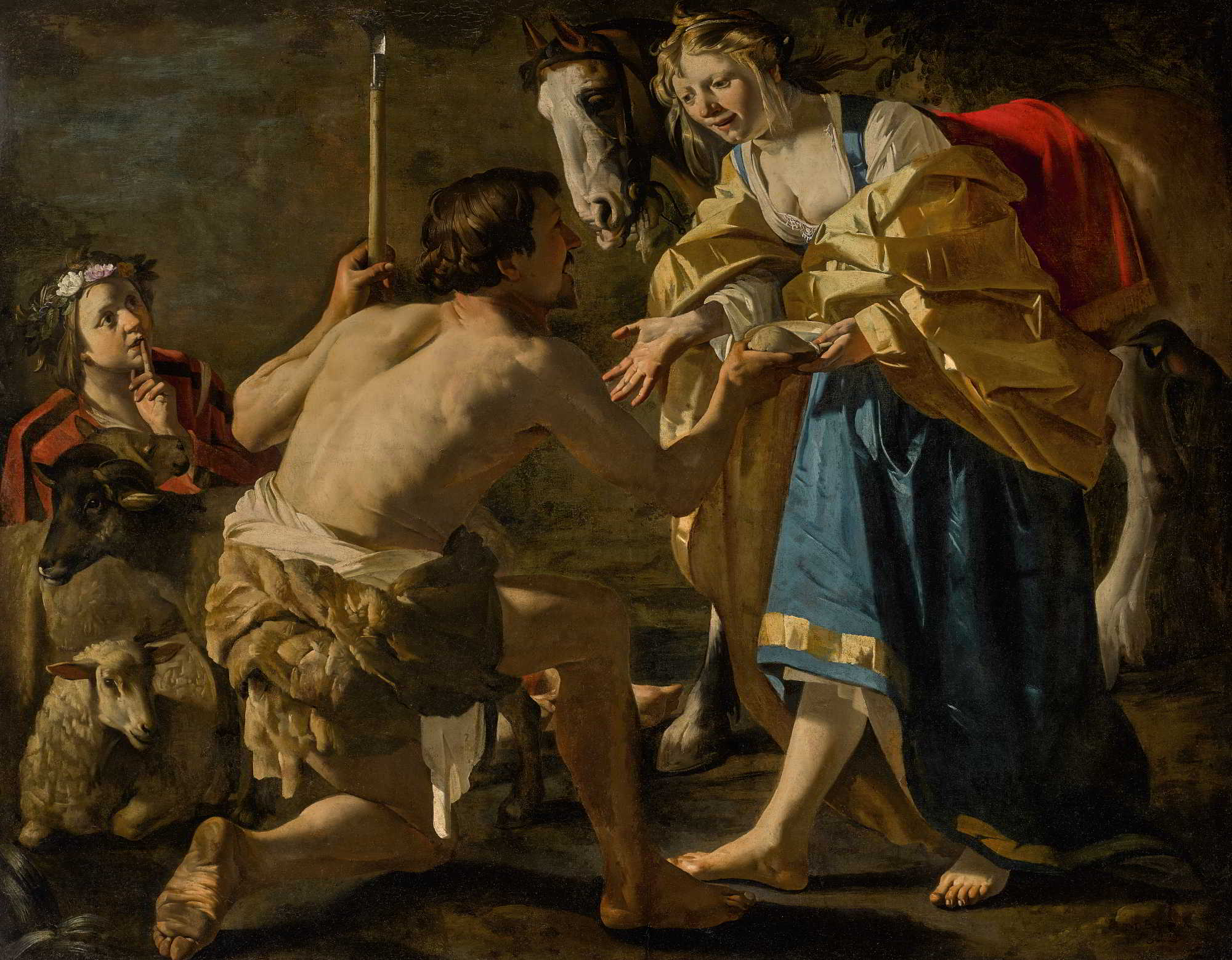 The play Granida narrates the love story between the Persian princess Granida and the shepherd Daifilo. They meet each other by chance when Granida gets lost during a hunting party. Granida despises the corrupt and treacherous life at the royal court and idealises the rustic life of shepherds, where only true feelings count. She sees Daifilo as the very embodiment of this pure and lofty ideal and is immediately infatuated. When they meet, Daifilo lets the thirsty princess drink from a shell, after which she takes him to her father’s palace. Following all sorts of plot developments, they finally flee from the court to live a simple but happy shepherd’s life in Arcadia.

For his painting, Dirck van Baburen chose the moment when Daifilo offers the shell with water to Granida, thereby distancing himself from his ex-lover Dorilea (pictured on the left side of the painting).