Museum Het Valkhof has acquired an oak statue of Saint Sebastian from the early sixteenth century. The sculpture was made by the Lower Rhine artist Henrick van Holt (before 1490 – 1545/1546). The sculpture had been privately owned for some time and its location had long been unknown. It is now on display in the collection presentation Nijmegen 1500-1940.

Van Holt’s depiction of the arrow-pierced body of the martyr Sebastian is impressive. The sculpture is unusual for its dimensions. At 115 cm tall, it is larger than most sculptures from the same period. In terms of its subject, material and origin, the piece fits seamlessly with the collection of late-medieval art 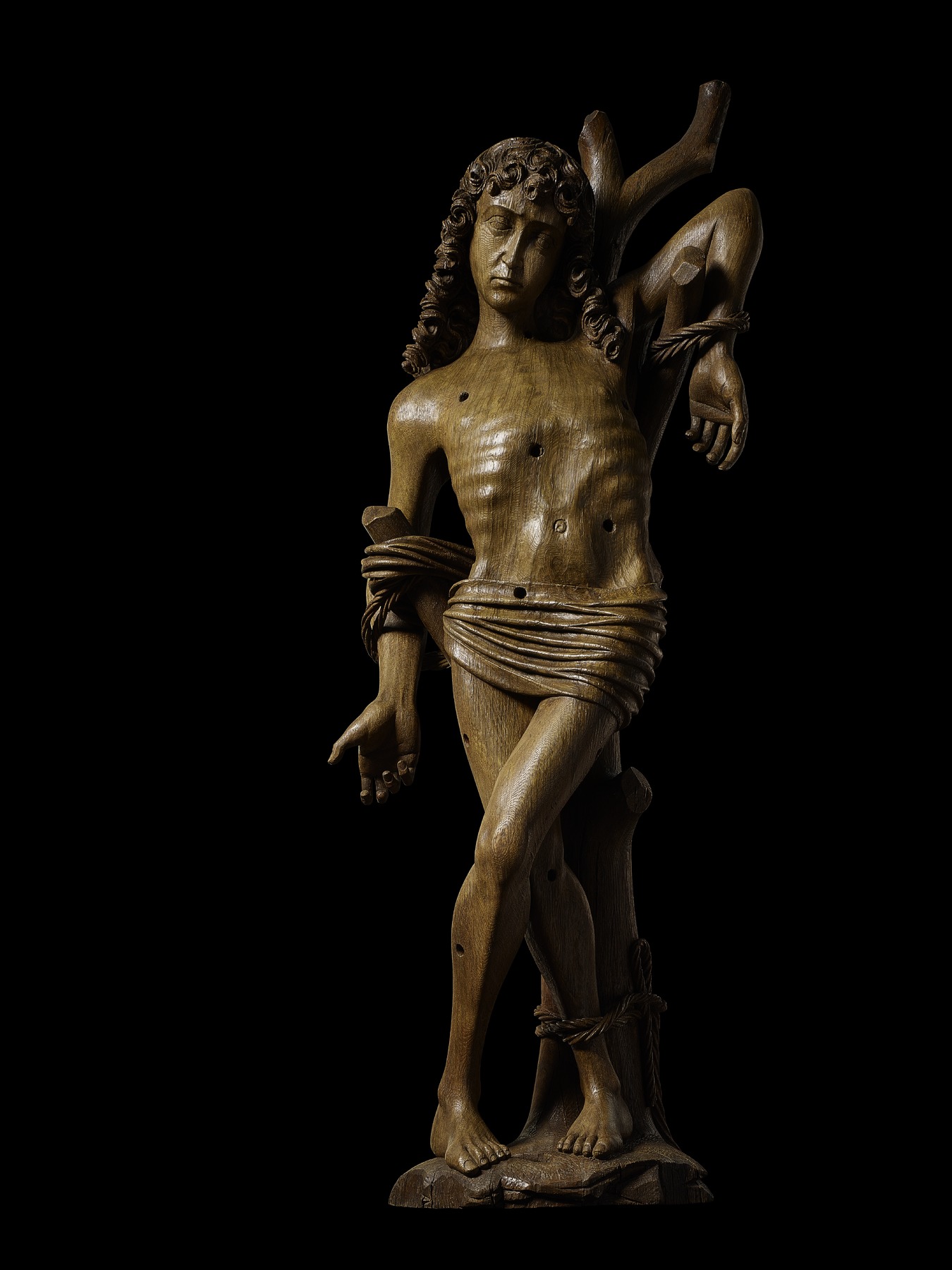 According to legend, the Roman soldier Sebastian was an officer in the imperial guard at the time of Diocletian in the third century. That was before Christianity was recognized as a religion by the Roman Empire. When it emerged that Sebastian was a Christian, he was punished by being tied to a tree and shot with arrows. The martyr is often depicted as a scantily clad, graceful young man. The depiction of Sebastian was a popular way for painters and sculptors to portray the standing male nude

The acquisition was made possible thanks to a bequest from Mr Lex Harm (1957-2015). The museum received a generous gift specifically for the acquisition of a late medieval work of art. Harm was a passionate art lover and had a particular fondness for Museum Het Valkhof.