The Opticorum libri sex, published by Plantin Press in 1613, with the Rubens drawing.
Photo: Frederik Beyens (courtesy of Museum Plantin-Moretus)

The Flemish Community acquired a Rubens drawing that was believed to be lost for 307,400 euros. The work has been given on long-term loan to Museum Plantin-Moretus and is included in the Flemish List of Masterpieces.

It is a design that Rubens was commissioned to produce by the Moretus family for an illustration in the book Opticorum libri sex by the mathematician and physicist Franciscus Aguilonius. This scientific work on optics was published in 1613 by the Plantin Press. 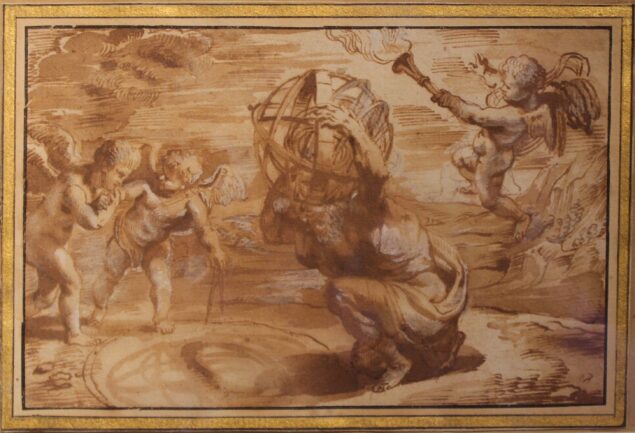 The Opticorum libri sex– or ‘Six books about optics’ – by the Jesuit Franciscus Aguilonius (1567-1617) was one of the very first publications from the Plantin Press on which Rubens collaborated. The book provides an extensive survey of the contemporary knowledge of optics. In addition to the title page, Rubens also designed the title vignettes for the six volumes of the book. 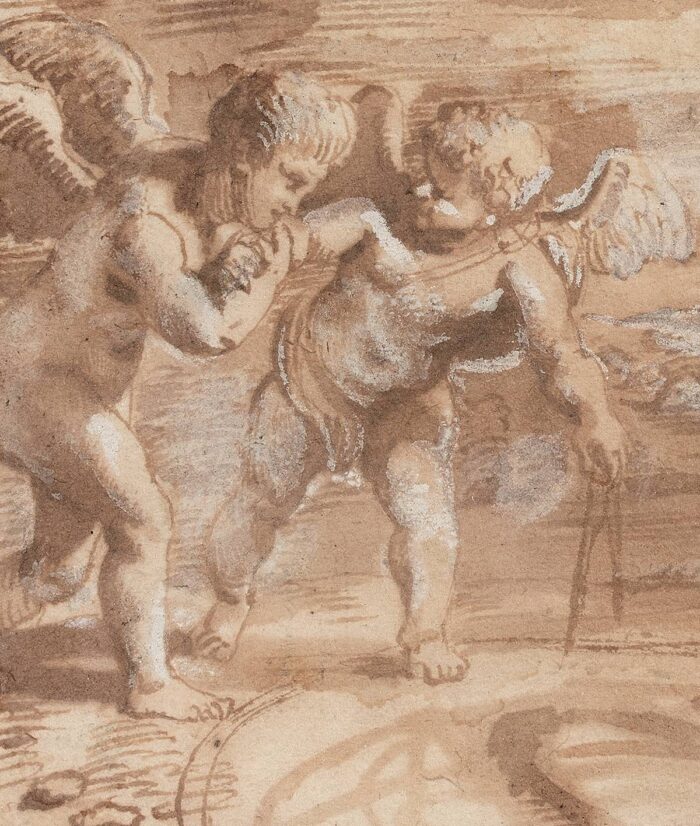 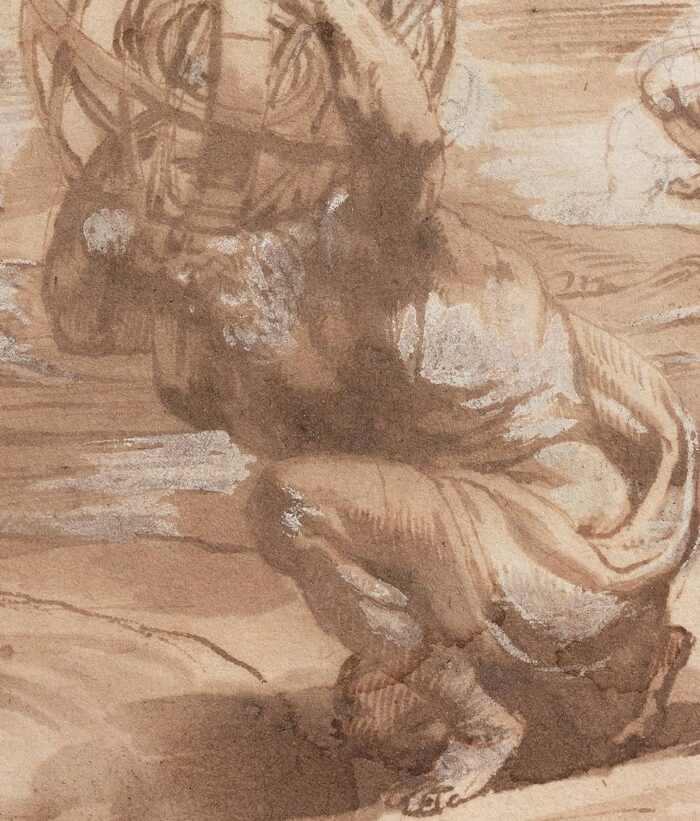 Detail of the central figure

The recently discovered drawing, a design for the final volume about projections, shows a kneeling scholar with an armillarium, or globe of the heavens fitted with metal rings that represent the most important celestial orbits. A putto is illuminating the globe with a burning torch. The shadow of the rings on the ground is being studied by two other putti. In his book, Aguilonius describes the many applications for projections in science and art.

The drawing belonged to the eighteenth-century private collection of the Marquess of Lagoy, Jean-Baptiste-Florentin-Gabriel de Meryan (1764-1829). It subsequently remained in the hands of the family which is why it was completely unknown until recently. Academics assumed that it had been lost. It has now returned home after an absence of four centuries. 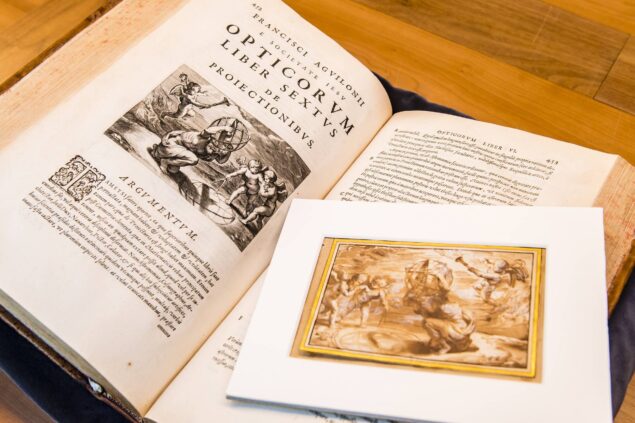 The Opticorum libri sex, published by the Plantin Press in 1613, with the Rubens drawing.
Photo: Frederik Beyens (courtesy of Museum Plantin-Moretus)

The drawing will temporarily be on display in September and on 22, 23 and 24 October of this year. In the autumn of 2023 it will be one of the highlights in the exhibition From scribble to cartoon. Drawing in the time of Bruegel and Rubens’. Flemish drawing in the spotlight. This exhibition will display 80 of the most beautiful drawings from Flemish collections. Together, they give a stunning overview of how, why and by whom drawings were made in this region in the sixteenth and seventeenth centuries. The Museum Plantin-Moretus was awarded a grant of 81,000 euros for the exhibition from the Getty Foundation’s Paper Project Initiative.