A sculptural work recently acquired by the Rijksmuseum has been attributed to the father of Dutch sculpture, Claus Sluter. In March this year, the museum purchased a boxwood figure of excellent quality made during the Burgundian Netherlands period (around 1384 to 1482). Research conducted into art historical and technical aspects of the work has led multiple experts to conclude that this exceptional object can be conclusively attributed to Haarlem-born Claus Sluter, who was the court sculptor to Philip the Bold in Dijon, France, from 1389 to 1406. This makes the work the first by Sluter to be held in a Dutch collection. Calvary depicts the crucifixion of Christ with Mary and John the Evangelist, and is now on display at the Rijksmuseum. 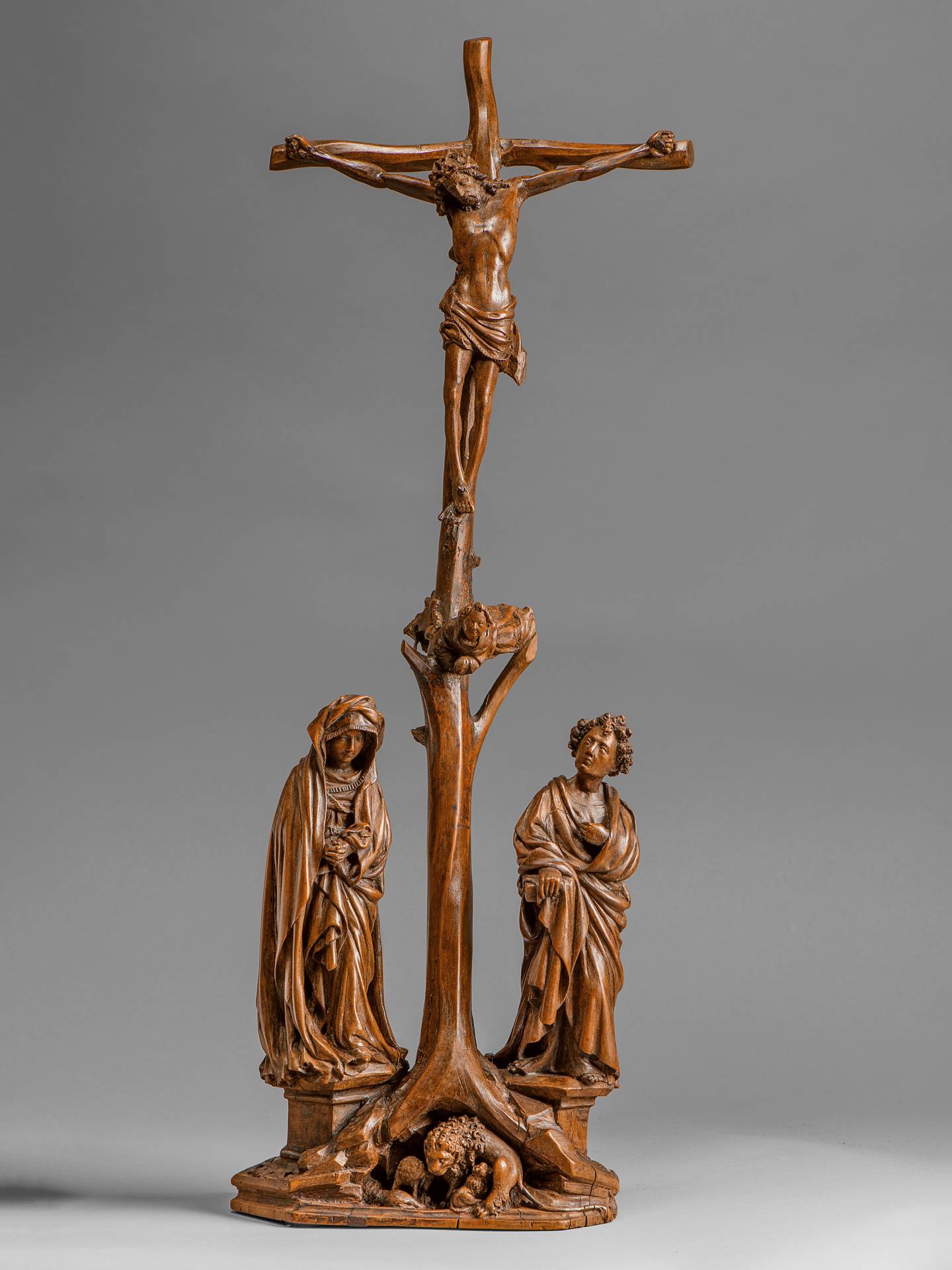 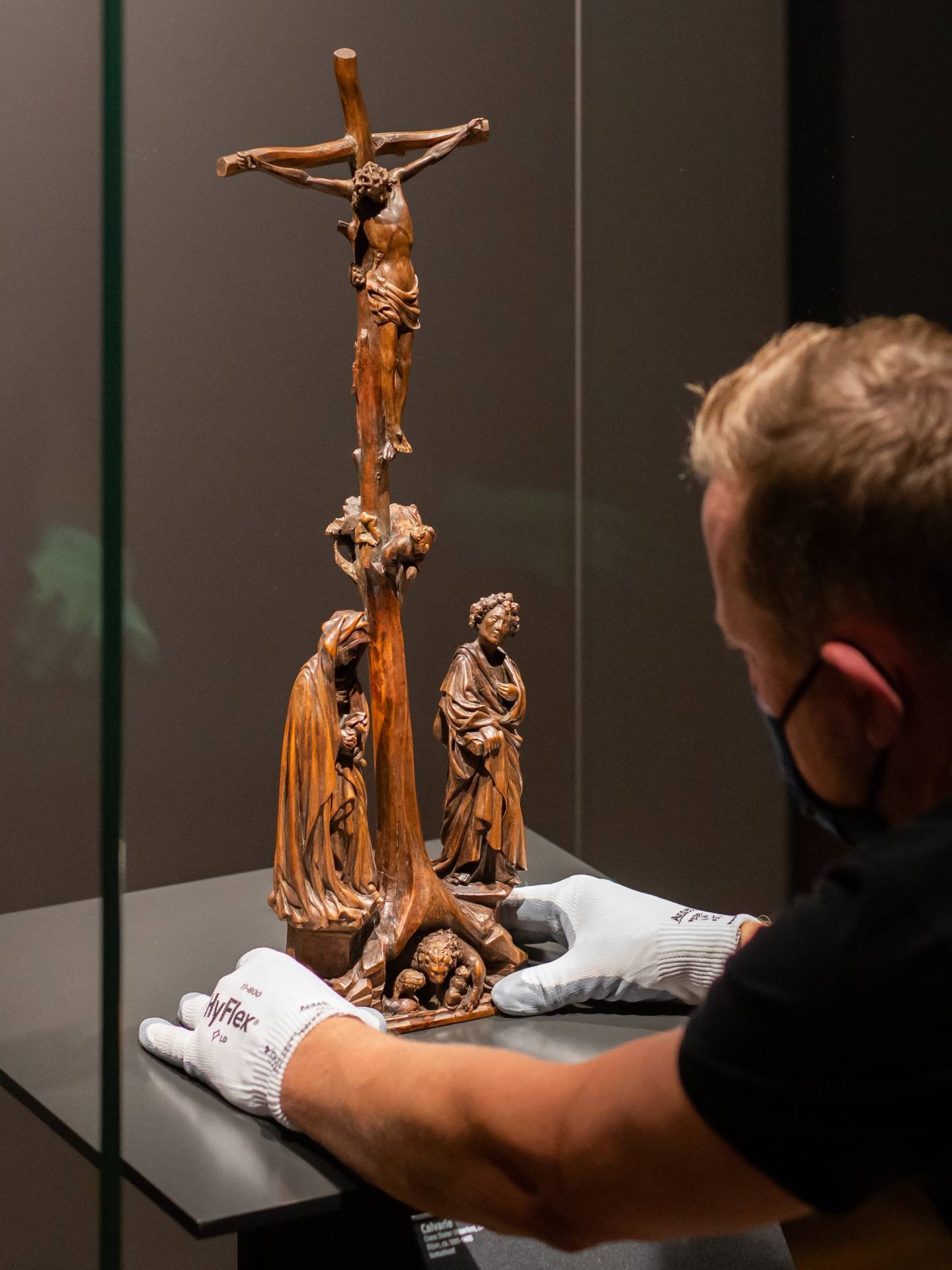 Installation of Claus Sluter’s Calvary at the Rijksmuseum

The Rijksmuseum bought the sculpture in spring 2021 in the firm belief that its origins could be traced to around 1400 and the world of the Burgundy court in Dijon. In the course of extensive research and consultation with multiple specialists, it gradually became clear that the sculpture’s striking stylistic similarities with Sluter’s three major works in Dijon, along with the unique juxtaposition of several specific motifs, meant that the work could only have come from the workshop of the great genius and innovator himself. The sculpture combines, for example, the characteristically naturalistic, slightly crooked tree trunk from which the arbor crucis, the cross of Christ, was made; the lioness with her cubs in a hollow beneath the tree (a rare medieval symbol for Christ’s resurrection); and the densely woven crown of thorns in the form of a helmet worn by the Christ figure. Moreover, using Carbon-14 analysis it was possible to establish without doubt that the boxwood used for this Calvary sculpture dates from the fourteenth century. 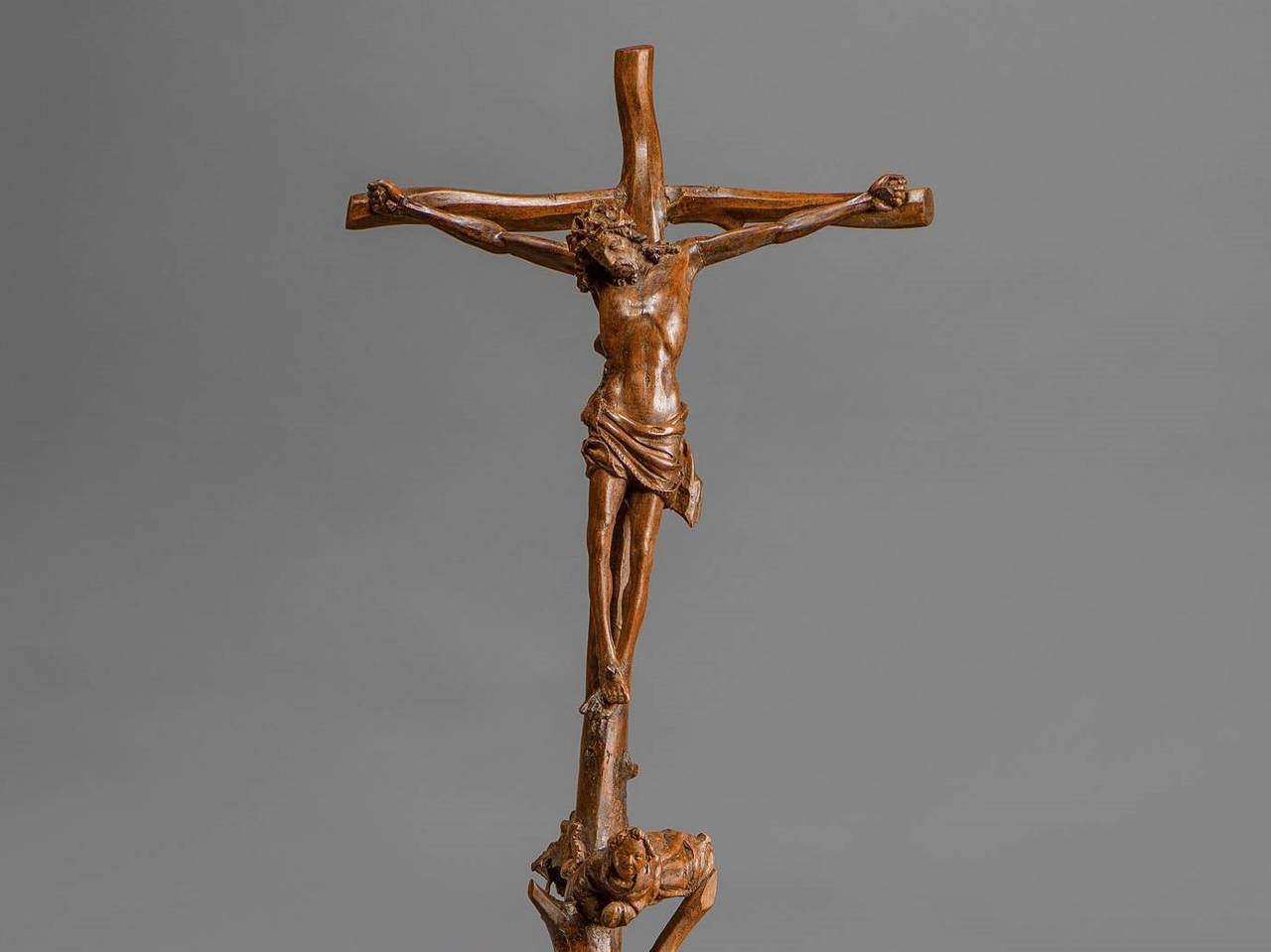 Detail of the top part 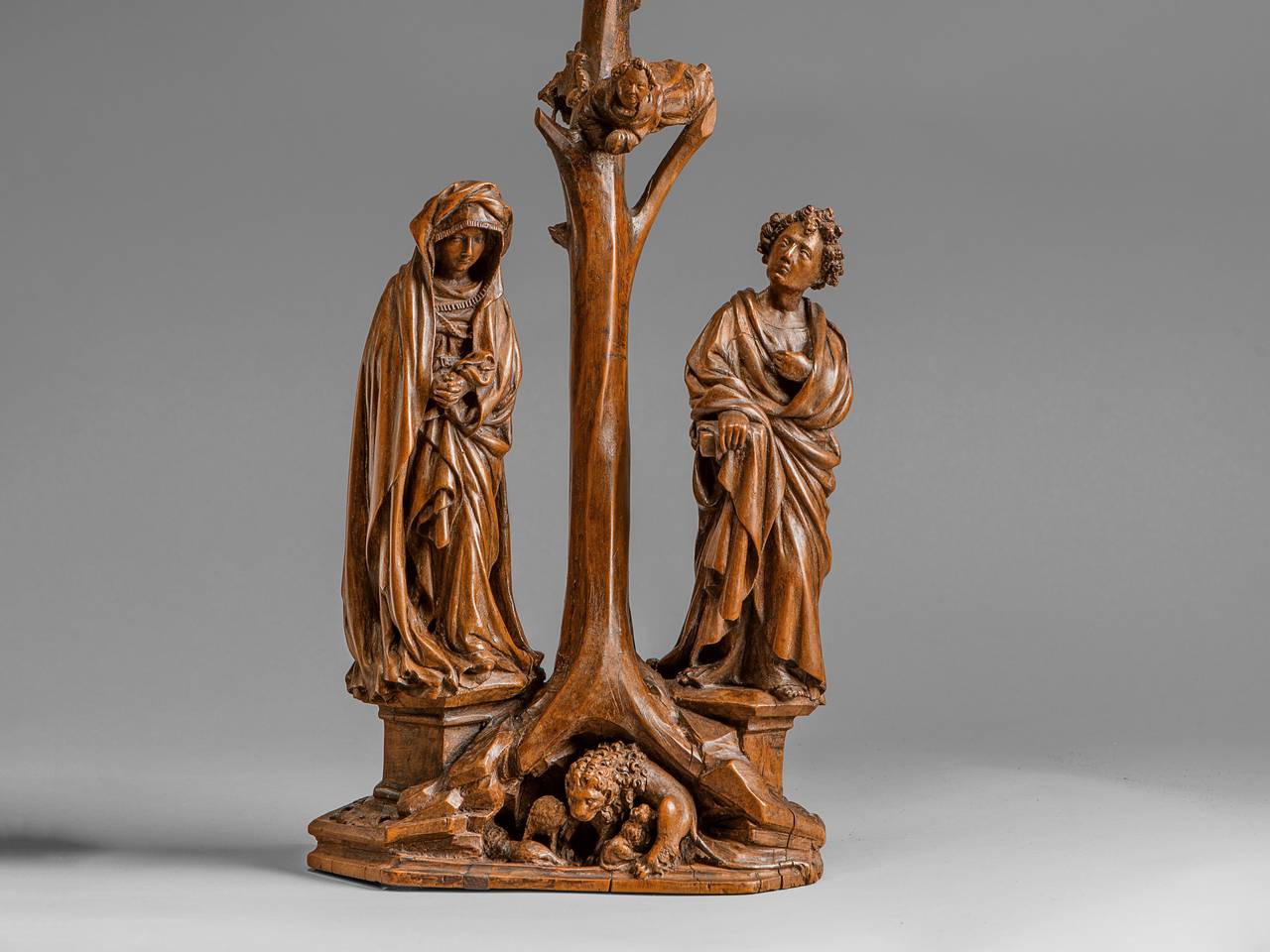 Detail of the bottom part

Claus ‘Claes’ Sluter was born in Haarlem around 1350 and died in 1406. Sluter was one of the greatest innovators in medieval art, introducing an unprecedented level of realism into sculpture. His attention to naturalistic detail and human emotion was unparalleled in his era. In 1385, Sluter started working at the Dijon court of the Burgundian duke Philip the Bold, for whom he made three major works. The discovery of this Calvary and its attribution to Sluter adds a hitherto unknown aspect to the sculptor’s oeuvre: that of the small work in wood. The fact that it is just 57 centimeters in height suggests it was intended for personal use in a private oratory or other sacred space, probably in the refined setting of the Burgundian court or its environs. In the mid-nineteenth century Calvary apparently enjoyed such fame that an almost exact copy of it was made in Cologne. The copy is currently held by an English museum.